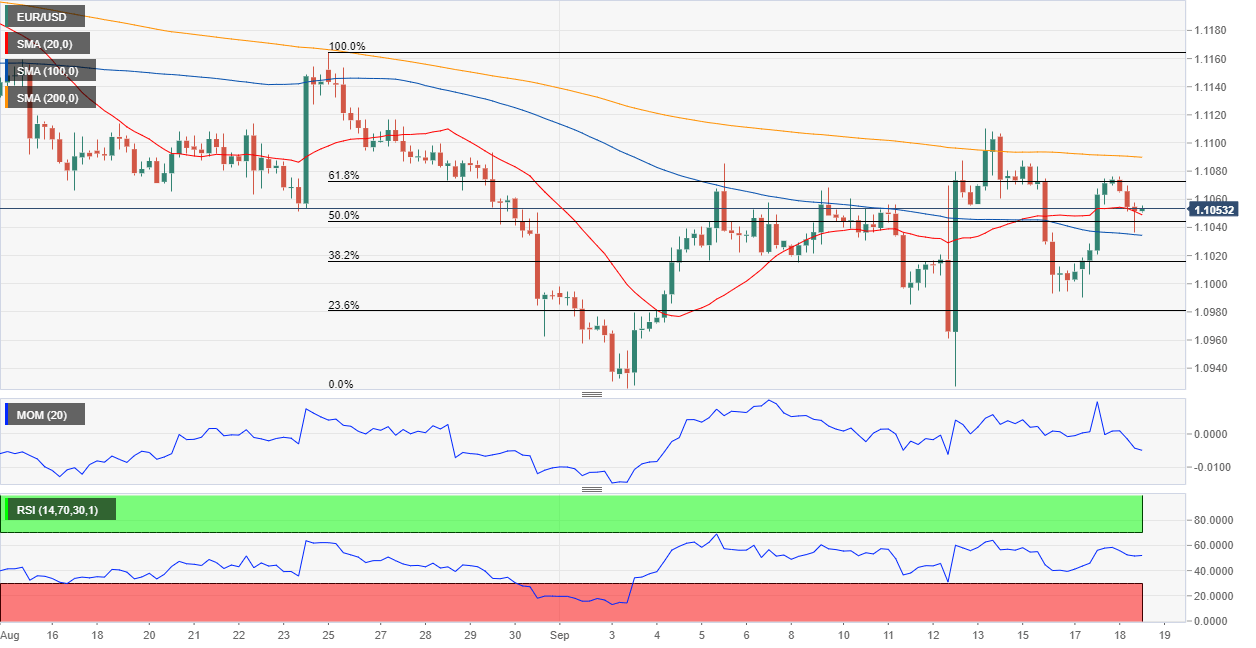 The financial world is in wait-and-see mode ahead of the US Federal Reserve monetary policy decision, and the EUR/USD pair is no exception, trading within familiar levels. The pair eased from an Asian high at 1.1075, but found intraday buyers at 1.1036, now trading in the 1.1050 price zone. The pair eased following the release of August inflation for the EU, as it came in up by 0.1% monthly basis, below the expected 0.2%. Annual inflation was confirmed at 1.0%. The US has just released Housing Starts and Building Permits for August, up by 12.3% and 7.7% respectively, much better than the July outcome, although having no effect on prices.

The US Federal Reserve is set to cut rates by 25bps, without confirming further cuts ahead. Chief Powell has sustained a confident stance about the economy and suggested the rate cut was a “preventive” move, amid slowing growth abroad and persistent trade tensions. Meanwhile, US President Trump has been pressuring for the Fed to make a steeper cut to make the dollar more competitive, criticizing policymakers every time he has. Also, policymakers are divided on whether a 25 bps or 50 bps is needed. For sure, Powell will shed light on all of these issues, and therefore, set dollar’s direction.

The EUR/USD pair is hovering around 1.1050, trapped between Fibonacci levels and lacking directional strength. In the 4 hours chart, the pair is currently above its 20 and 100 SMA, but below the 200 SMA,  this last around 1.1090. The Momentum indicator in the mentioned chart heads marginally lower within negative ground, while the RSI indicator hovers around its midline, none of them hinting the upcoming direction.