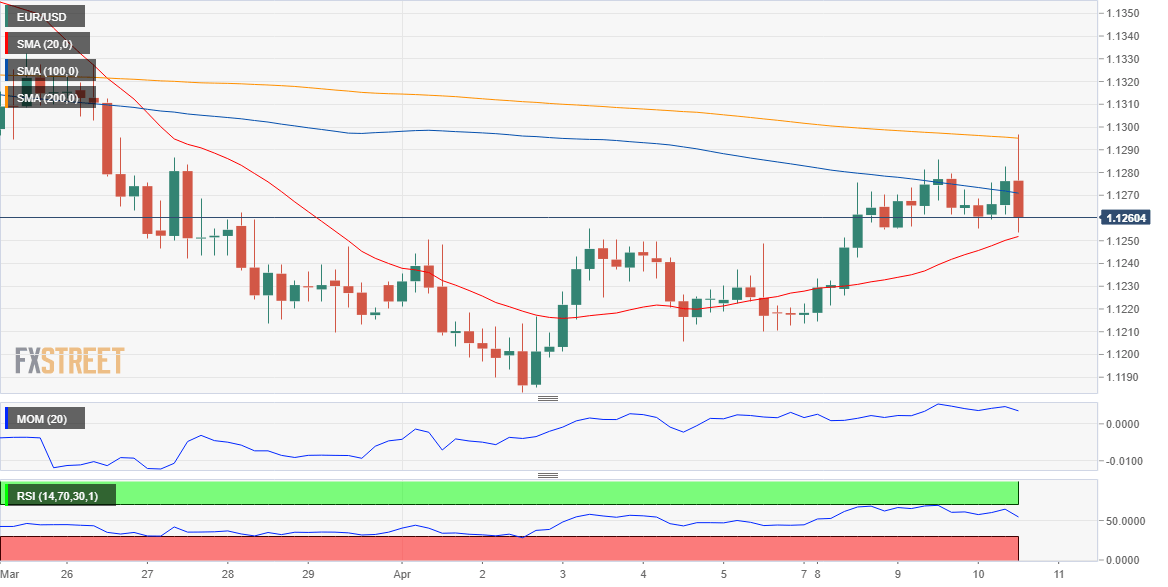 The EUR/USD pair traded between 1.1255 an 1.1281 ahead of the ECB monetary policy's outcome, barely reacting to the central bank's announcement, as it left rates unchanged as anticipated. There was no mention to the TLTROs in the accompanying statement, but market players were already aware that details on those would likely be out next June.  The pair later peaked at 1.1287, following the release of US inflation. According to the official report, March CPI rose by 0.4% MoM and by 1.9% YoY, surpassing the market's expectations. However, core yearly CPI resulted at 2.0%, below the previous and the expected 2.1%.

ECB's Draghi kept the upside limited, as his statement repeated that the risk remains tilted to the downside and that rates will remain low throughout 2019, or as long as needed. About the recently announced third round of TLTROs, Draghi said that details will be communicated in the upcoming meetings, without confirming the market's expectations of having them by June. He added that policymakers would consider whether negative rates would require preservation. The EUR/USD pair fell to 1.1253, under pressure despite disappointing US inflation and broad dollar's weakness.

Market's attention shifts now to the FOMC Meeting's Minutes, which will be unveiled later today. Speculative interest will then compare both statements and try to find the imbalances that could trigger a directional move in the pair.

The 4 hours chart for the pair shows that it faltered around the 200 SMA, also around the 38.2% retracement of its latest decline between 1.1447 and 1.1183 at 1.1285 The pair fell to test a bullish 20 SMA, at around 1.125, while the next Fibonacci support comes at 1.1245. If the decline breaks through this last, chances are of a bearish extension. The downward potential is limited, according to technical indicators in the mentioned chart, which are barely retreating within positive levels.