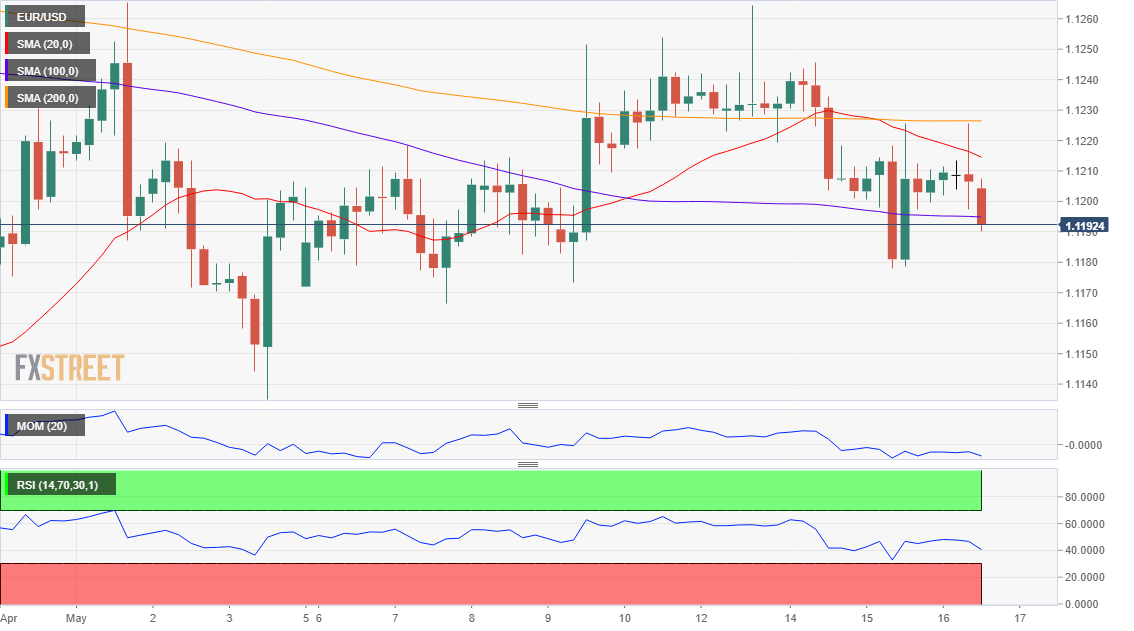 The EUR/USD pair is following the same pattern seen these last couple of days, rising marginally early Europe yet easing ahead of the US opening. Nevertheless, the pair continues trading within a limited range around the 1.1200 figure, with the upward potential limited by trade tensions between the US and China. The EU released March Trade Balance, which posted a seasonally adjusted surplus of €17.9B, better than the €17.1B expected, but below the February level.  US data, on the other hand, was generally upbeat, further fueling the greenback. Housing Starts and Building Permits increased monthly basis by more than anticipated in April, while weekly unemployment claims for the week ended May 10 decreased to 212K, better than the 220K expected. Also, the Philadelphia Fed Manufacturing Survey came in at 16.6, much better than the previous 8.5 and above the forecasted 9.0.

The pair enters the American session with a bearish short-term stance according to technical readings in the 4 hours chart, as the price is once again developing below its 100 SMA, although by a few pips, while technical indicators, which recovered within negative levels, resumed their declines, now with strong downward slopes but above the previous weekly lows. A bearish continuation seems more likely on a break below 1.1177, this week low, with scope then to approach the yearly bottom at 1.1110.