Despite the nice downtrend on EUR/CHF, we urge caution amid signs of SNB’s FX intervention. 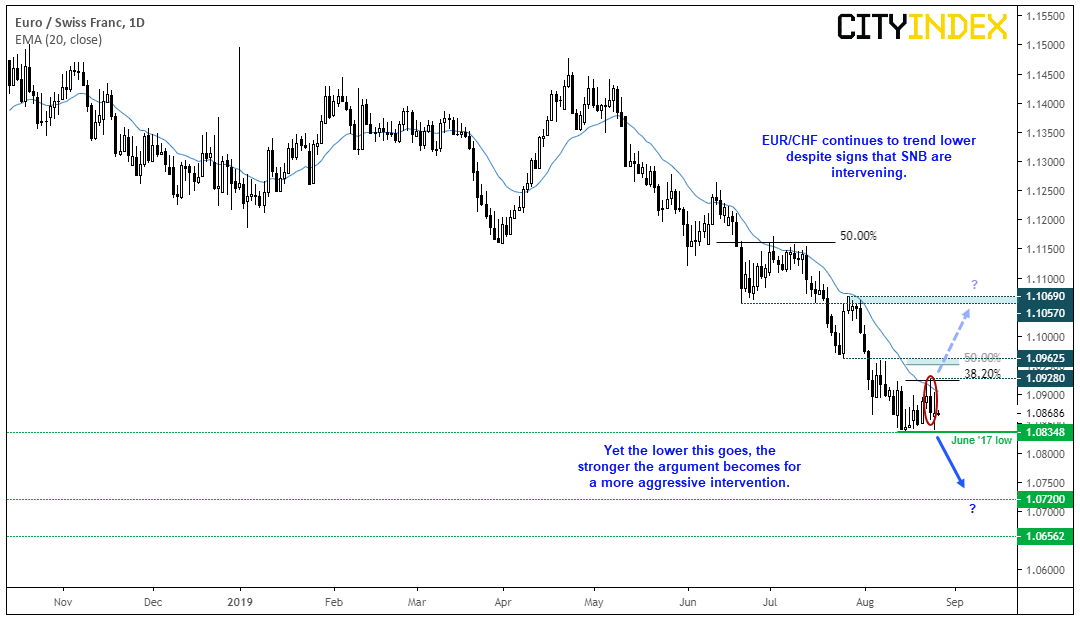 Focussing purely on the technicals, EUR/CHF has provided a decent bearish trend on the daily chart, having shed over -5.5% since its April high. The 20-day eMA is capping as resistance and Friday’sbearish engulfing candle suggests a swing high is in place. With prices now consolidating above support (the June 2017 low), traders could take a break beneath 1.0835 as a sign the trend is set to continue. Or, for the more daring, traders could fade into minor rallies below Friday’s high to increase reward to risk-potential (the obvious caveat being, it may not break lower and instead break higher). 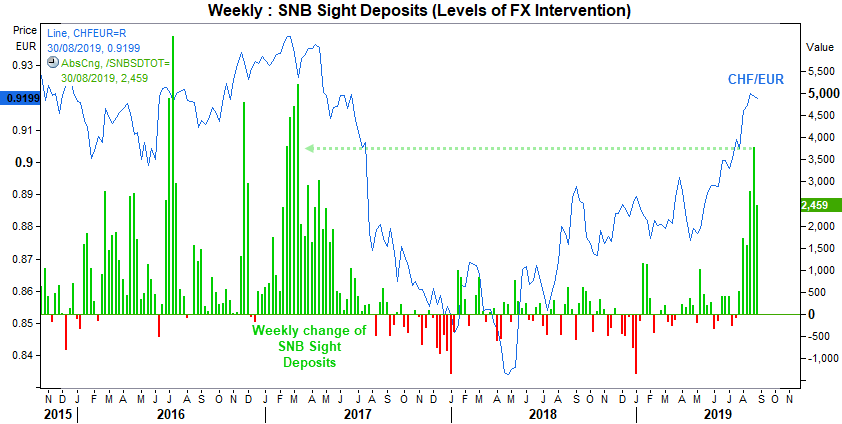 However, given there are signs that SNB are once again intervening in their currency, we urge caution around current levels. SNB’s sight deposits are a proxy for their levels of intervention, which they tend to perform when the Swiss Franc becomes too strong relative to the Euro. We can see that the weekly change of sight deposits has risen to levels not seen since early 2017, when the Swiss Franc was also strong relative to the Euro (the chart depicts CHF/EUR to better show Swiss Franc strength).

If the franc continues to appreciate, it increases the odds of larger intervention and potential price reversal. With CHF/EUR still rising it suggests current levels of intervention are slowing the trend somewhat, but the best tell-tale sign that they’ve ramped up levels of intervention is if we see a sudden momentum shift on seemingly little news. And, under this scenario, it could be argued that a counter-trend move could be far more interesting to watch if it catches enough traders by surprise and triggers stops.