The Biden Administration has released details on two market shifting plans within 24 hours.

The first is a pledge by the US to slash its greenhouse gas emissions by up to 52% before we hit 2030. Alongside its domestic effort, the administration will be launching an International Climate Finance Plan to aid the worlds effort to cut emissions. Altogether, known as The US International Climate Finance Plan will overlap with the proposed US$2 trillion infrastructure and jobs spend-up announced by the Biden administration in March.

The clean energy sector is expected to benefit from the reinvigorated push to decarbonize much of the US economy. US and global clean energy indices and ESGs are yet to completely embrace a bullish sentiment in reaction. iShares Global Clean Energy ETF is up 2.43% over Thursday trading, but others have been slower to react. It would be hard to argue against the long-term bullishness of the sector. 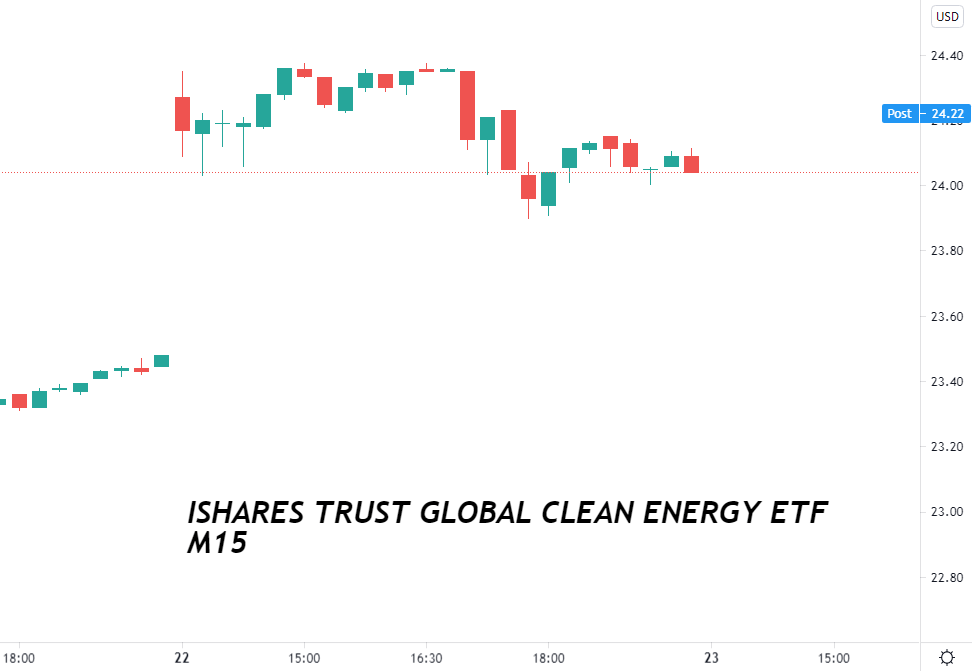 Any bullishness in the cleantech sector has not been enough to overcome the bearishness over the whole US market on Thursday. All the major indices have fallen, with the likely cause being the second announcement detailed next.

Breaking news: The second announcement is a planned hike in the Capital Gains Tax for the wealthy. The new proposed rate is double the current rate and will boost funding for childcare and education.

The US markets on Thursday had an immediate adverse reaction to the announcement. Investor threw their toys out of the crib and tanked the major US indices. The S&P, for instance, dropped −0.92% over Thursday trading.