Australia will publish on Thursday its November employment figures, and once again, the market’s forecasts seem a bit pessimistic. The country is expected to have added 50K new jobs after gaining 178.8K in the previous month. The unemployment rate is foreseen unchanged at 7%, and the same goes for the participation rate, which is expected at 65.8%.

The Reserve Bank of Australia released the Minutes of its latest meeting this week, and the document showed that while policymakers are committed to providing substantial policy support for a considerable period, “the recovery in the labor market was more advanced than expected.” Authorities also recognized that the labor market has a “significant amount” of spare capacity and that under-utilization remains highs.

Meanwhile, Australian wages have experienced their most tepid annual growth on record. The Q3 Wage Price index grew just 0.1% QoQ. The yearly raise was 1.4%, down from 1.8% in the second quarter of the year.

Still, the aussie trades at over two-year highs against its American rival. The advantage comes from how authorities handled the pandemic. The US has maintained business opened since March, with punctual lockdowns. The price of keeping the economy marching was a continued increase in new contagions and deaths, up to the point that the country surpassed the 300,000 deaths this week. Restrictions are falling into place all across the US.

Australia has taken limited strict measures twice since the pandemic started and has a total of 908 deaths. The country has successfully contained the virus spread, and the economic performance has been better than anticipated within the current context. Australia is on its way to recover, the US in the path to contraction.

The AUD/USD pair is consolidating yearly gains above the 0.7500 level. The pair is confined to tight intraday ranges since last Friday, without signs of bullish exhaustion. Employment figures need to be extremely discouraging to trigger a bearish extension, which anyway will likely be a corrective decline. The pair would need to break below 0.7450 to gain strength downwards, while below 0.7370, the risk of further declines will increase.

An upbeat report, on the other hand, could result in the pair surpassing the 0.7600 threshold, and extend its gains towards the 0.7660 area. 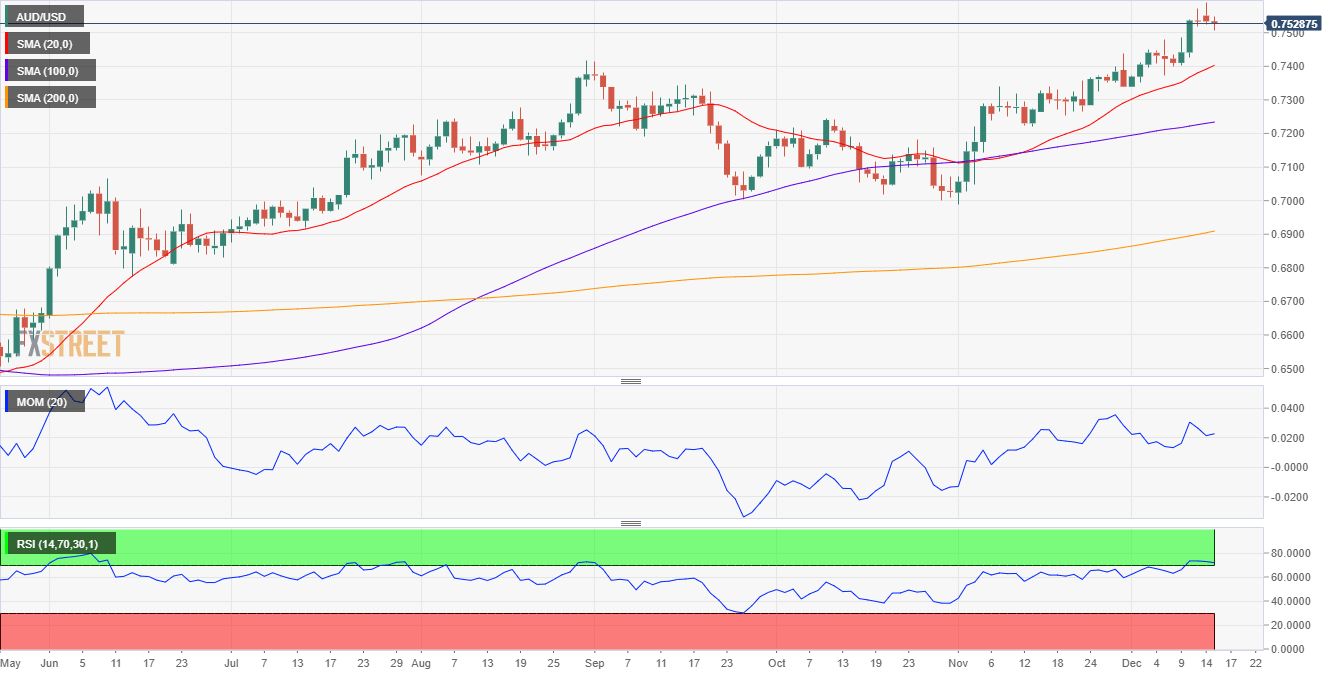