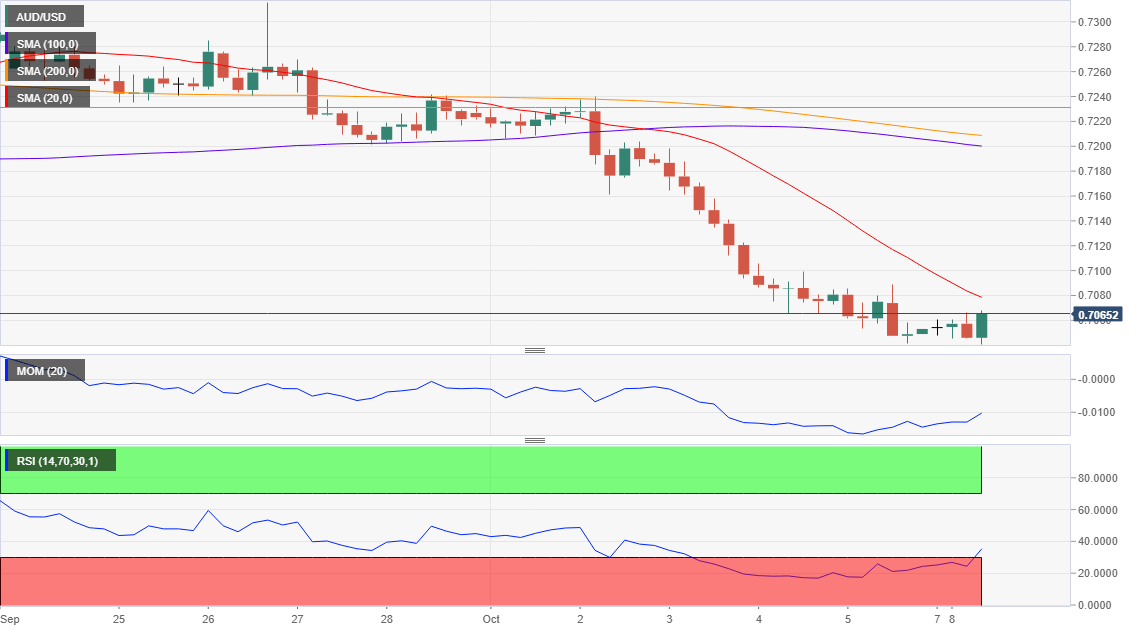 The Australian dollar remains among the weakest, falling against the greenback to 0.7040 overnight, surpassing its previous yearly low by a couple of pips. There Aussie was unable to attract buyers despite solid Chinese macroeconomic figures, as the Services PMI for the world's second-largest economy beat expectations, printing 53.1, above the 51.5 forecast. The PBoC announced Sunday that it will cut the RRR by 100 basis points for some local lenders starting next week, a movement that frees 1.2 trillion Yuan in cash, aimed to boost the Chinese economy. The Yuan eased modestly, weighing on the Aussie.

The soft tone of equities also undermines the Australian dollar, although the pair is currently trading marginally higher for the day in the 0.7060 region. With the US markets closed on a local holiday, little could be expected until Tuesday's Asian opening. The pair retains the negative short-term stance despite the ongoing recovery, given that in the 4 hours chart, the price is still below a strongly bearish 20 SMA, while the Momentum indicator stands pat right below its mid-line, and the RSI barely corrected oversold readings, indicating the absence of buying interest. Sellers are aligned around the 0.7100 figure, and seems unlikely the pair will gather enough strength to break above it during the upcoming sessions.