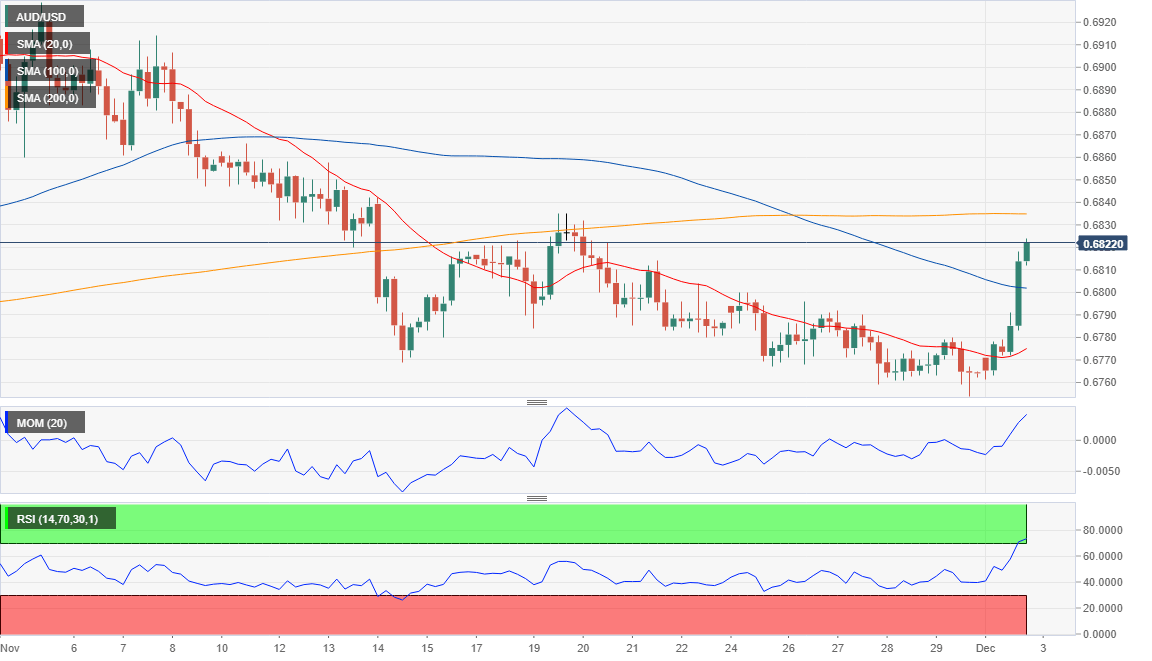 The AUD/USD pair is trading at around 0.6820 by the end of the American session, its highest in over a week. The Australian currency got boosted by better-than-anticipated Chinese data, as following upbeat official PMI released during the weekend, the Caixin Manufacturing PMI improved to 51.8 in November, also above the market’s expectations. Australian data, in the meantime, was mostly negative, failing to impress. The TD Securities Inflation estimate for November was at 1.5% YoY, while Building Permits plummeted by 8.1% in October and by 23.6% when compared to a year earlier.

The Reserve Bank of Australia is having a monetary policy meeting this Tuesday, although the central bank is expected to remain on hold this time. More relevant, the country will release its latest growth figures on Wednesday, which will probably have a more relevant effect on the Aussie.

The pair is currently trading at around the 38.2% retracement of its November decline, poised to extend its advance, according to technical readings in the 4-hour chart, although the next directional move will depend on how the market takes the RBA announcement. The pair is now developing above its 20 and 100 SMA, this last still heading lower, although technical indicators hold near overbought readings, consolidating its intraday advance.