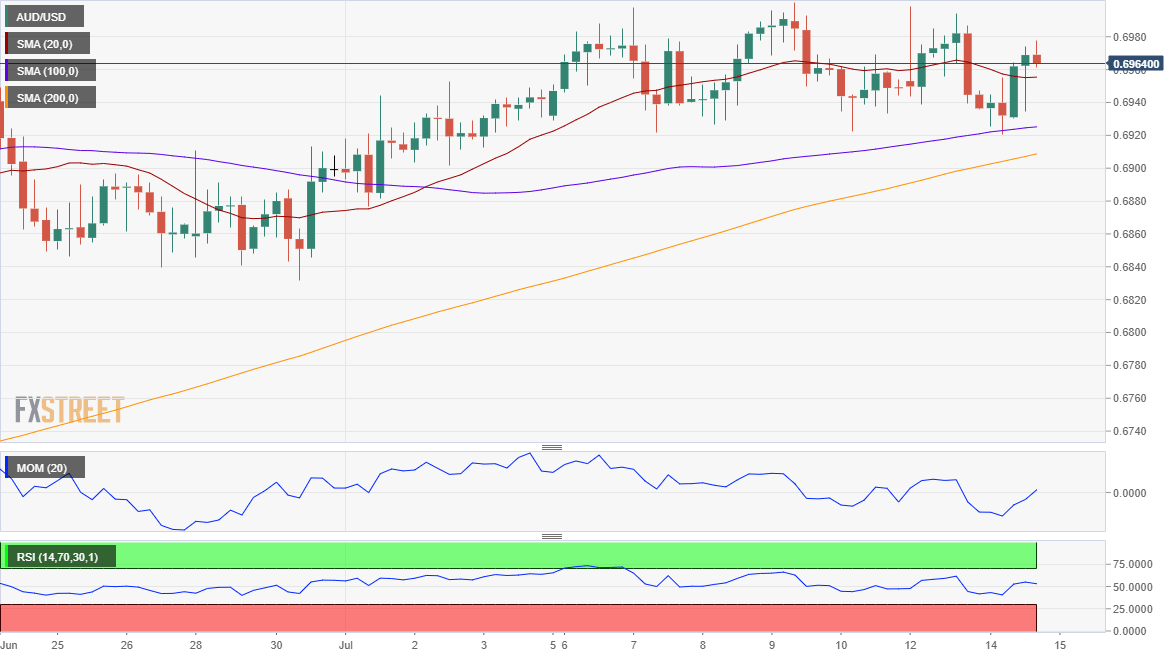 The AUD/USD pair recovered from an intraday low of 0.6920 to close the day a couple of pips below a daily high of 0.6977. The pair held within familiar levels, with intraday movements determined by equities strength or weakness.  Market players ignored upbeat Australian data released at the beginning of the day, as the NAB’s Business Confidence Index recovered to 1 in June against the -87 expected. The NAB’s Business Conditions for the same month printed at -7, much better than the -39 expected. Also, China unveiled its June Trade Balance, which posted a surplus of $46.42 B, below the expected $58.6B, although exports and imports improved by more than anticipated.

This Wednesday, Australia will publish HIA New Home Sales for May, previously at -4.2% and the July Westpac Consumer Confidence, which came in at 6.3% in June.

The AUD/USD pair maintains it’s neutral short-term stance, still unable to advance beyond the 0.7000 level but with the downside limited. In the 4-hour chart, the pair settled above all of its moving averages, which anyway lack directional strength. Technical indicators, in the meantime, remain directionless around their midlines.

Consumer prices are forecast to stabilize in July following the pandemic collapse in March and April and the partial recovery in the three months since. Inflation quiet despite Federal Reserve emergency liquidity.