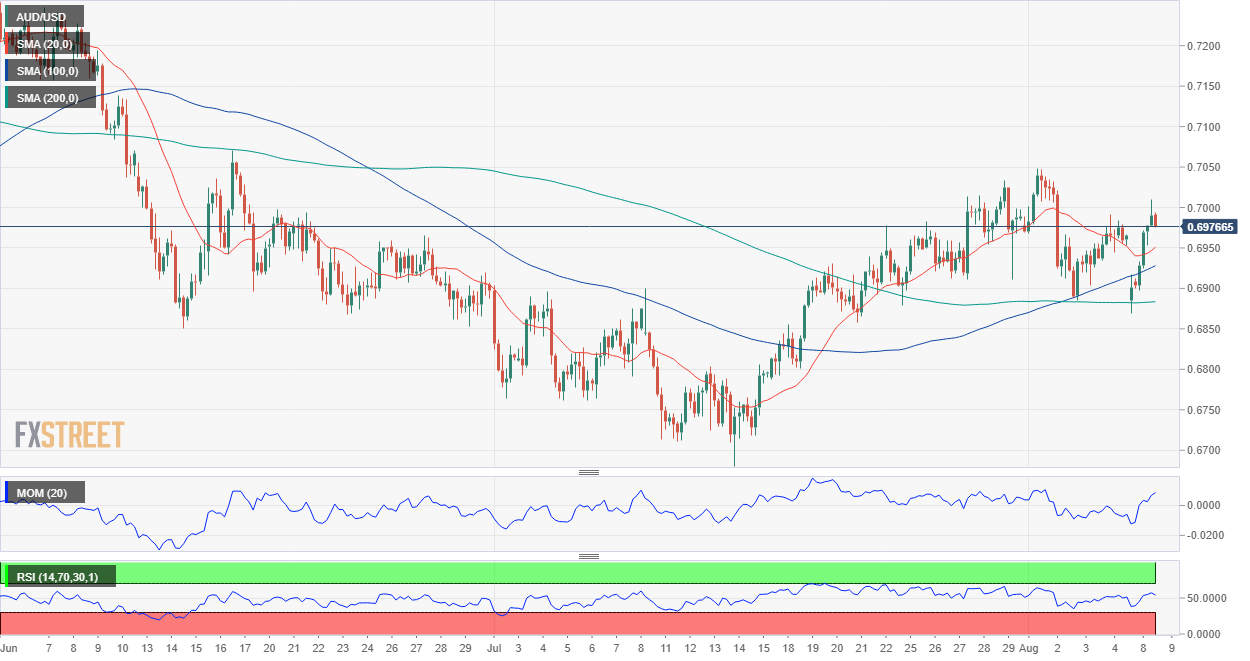 The AUD/USD pair trimmed Friday’s losses and surged to 0.7008, retreating modestly in the US afternoon to end the day around 0.6980. The aussie benefited from the broad dollar’s weakness but also from upbeat Chinese data released at the beginning of the day. According to official releases, the July Trade Balance posted a surplus of $101.26 billion, much better than the $90 billion expected. The Australian dollar was also backed by the positive tone of Wall Street, although retreating US indexes ahead of the close pushed the pair lower.

The 4-hour chart offers a neutral-to-bullish stance, as technical indicators remain directionless within positive levels, while the pair develops above all of its moving averages, which present upward slopes. The critical resistance level is 0.7050, the 61.8% retracement of the aforementioned rally, as once above the latter, the bullish case will be clearer.