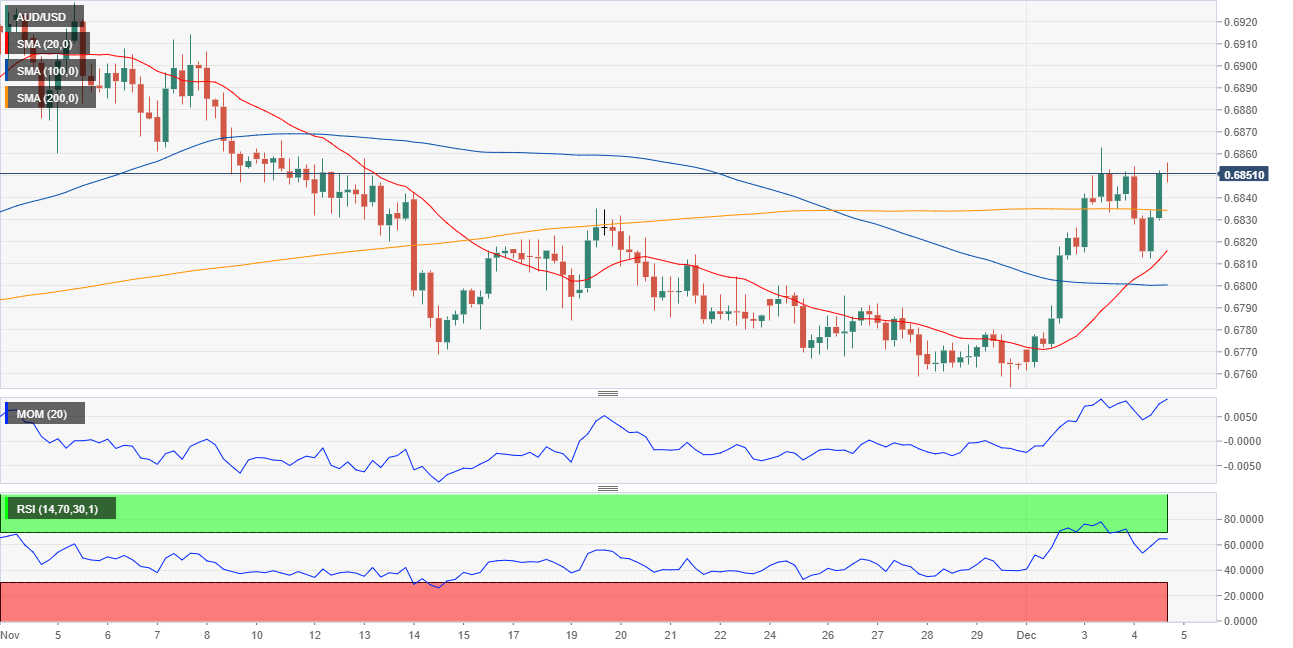 The Australian dollar has fallen during Asian trading hours against all of its major rivals, following the release of the Gross Domestic Product estimate for the three months to September, which rose by 0.4%, missing the market’s expectations of a 0.5% advance. The yearly estimate came as expected at 1.7%. Also, the AIG Performance of Services Index shrank to 53.7 in November from 54.2 in October. The Commonwealth Bank Services PMI for the same month improved to 49.7.  The AUD/USD pair fell to 0.6812, but bounced to settle around 0.6850, helped by a better market mood, as equities recovered on the back of headlines suggesting the US and China are still working on a trade deal.

Australia will release its October Trade Balance during the upcoming Asian session, with the market expecting a surplus of 6100M.

The AUD/USD pair is holding at the upper end of its latest range, although chances that it could extend its rally have somehow decreased. In the 4 hours chart, the pair continues developing above all of its moving averages. Technical indicators eased, still near overbought readings although posting lower highs daily basis, a sign that bulls are losing interest. The pair, however, would only turn bearish on a break below the 0.6800 figure.