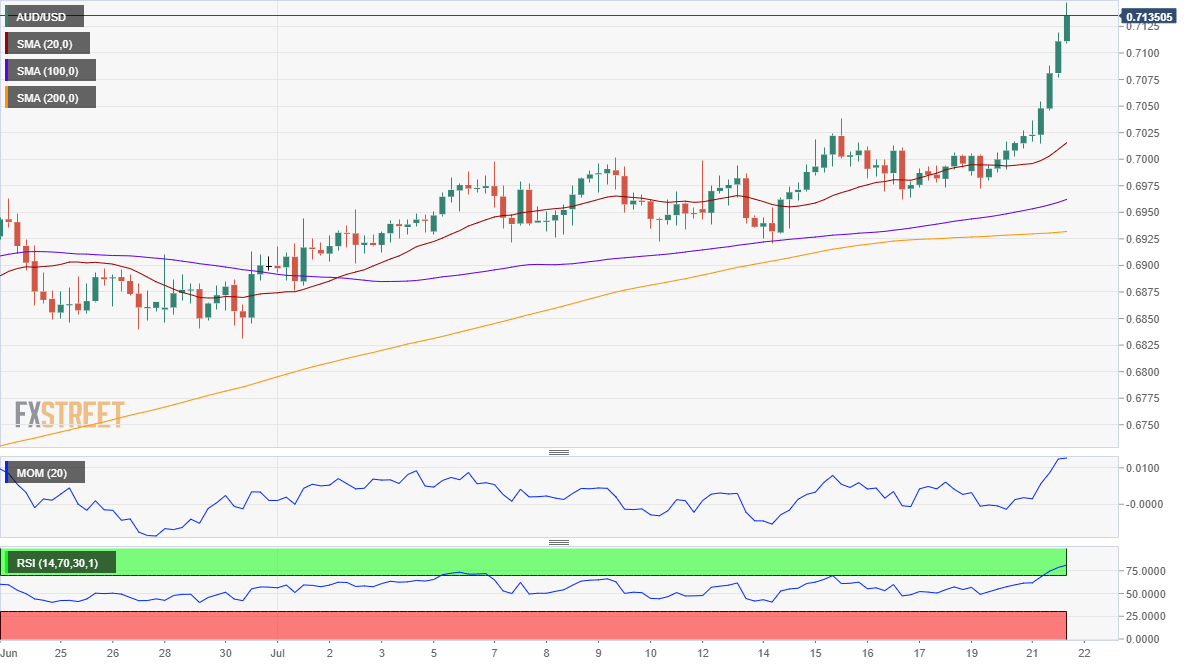 The AUD/USD pair soared to 0.7146, a level that was last seen in April 2019. At the beginning of the day, the Reserve Bank of Australia published the Minutes of its latest meeting, which were cautiously optimistic, reiterating that things had been “less bad than initially feared,” although acknowledging the risks that lay ahead. Among other things, the document showed that inflation will likely stay low for quite some time while adding that it’s possible to lower the cash rate to 10bps.  Also, governor Lowe said that the AUD is trading broadly in line with the fundamentals.

Meanwhile, gold soared to a fresh multi-year high of $1,843.46 a troy ounce, providing additional support to the commodity-linked currency. Early on Wednesday, Australia will publish the preliminary estimate of June Retail Sales, seen up by 7.1%, and the Westpac Leading Index for June previously at 0.19%.

The AUD/USD pair is trading near the mentioned high, poised to extend its advance despite being overbought in the short-term. The 4-hour chart shows that technical indicators head firmly north in extreme levels, as the pair develops far above all of its moving averages. The pair could now extend its rally towards the 0.7200 figure before meeting selling interest.