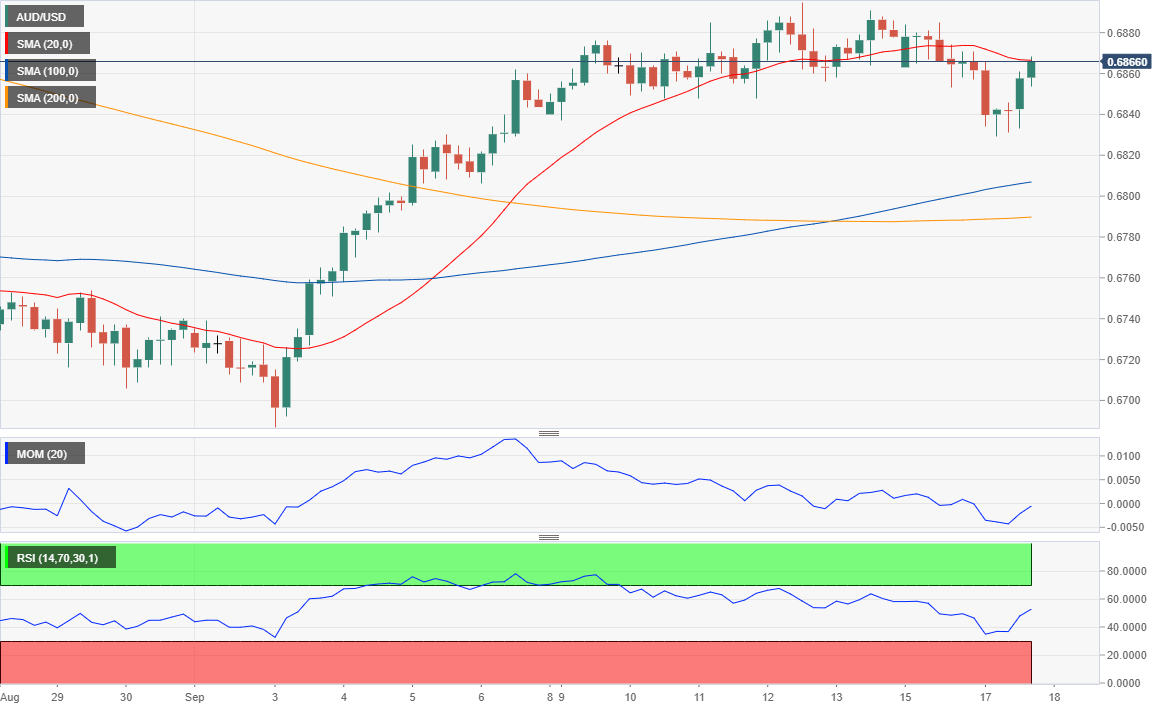 The AUD/USD pair has recovered from a daily low of 0.6830 to close the day at around 0.6880. The early decline came as a result of the release of the RBA’s September meeting Minutes, more dovish than anticipated. The document indicated that Australian policymakers support a further easing in the cash rate. Among the most worrisome issues, "Wages growth had remained low and the upward trend in wages growth appeared to have stalled," the minutes showed while referring to consumer spending, policymakers noted the recently applied tax cut has yet to show its effects. During the upcoming Asian session, Australia will release the Westpac Leading Index for August, previously seen at 0.14%.

The AUD/USD pair is technically bearish according to the 4 hours chart, as it failed to surpass a flat 20 SMA,  and while still developing above the larger ones, technical indicators remain within negative levels, losing their bullish strength. The pair has topped several times in the 0.6880/90 region, and there are no technical signs that it could break above it during the upcoming hours. The mentioned daily low is a relevant static support and the 38.2% retracement of the July/August decline, with a break below it probably anticipating a downward extension during the upcoming sessions.