Here is what you need to know on Monday, January 24:

Another day in the red beckons as European markets turn around after some early optimism. US futures were positive earlier this morning, but things have yet again taken a turn for the worse. Talk of Ukraine embassy evacuations from major powers has unsettled markets, and the mood remains risk-averse regardless ahead of the Federal Reserve's FOMC meeting on Tuesday.

Now that markets have started the year so poorly, many are wondering if the Fed will delay its hawkish leanings. That could be a disaster though that leads to a market meltdown. Risk-taking is likely to be limited ahead of the two-day meeting starting tomorrow.

The dollar is back on the king-making trail as it rallies on the back of geopolitical tensions over Ukraine and position squaring after a tough start to the year.  It is at 1.1295 now versus the euro. Oil is lower at $83.60, while Bitcoin is hammered to $33,000. Gold is flat at $1,836.

BBC says UK evacuating personnel from the embassy in Ukraine.

NATO sends ships and jets to Eastern Europe in response to the Ukraine crisis.

Peloton (PTON) should fire CEO and sell the company, according to Blackwells Capital.

Kohl's (KSS) surges as takeover offers from at least two parties put it in play.

Pfizer (PFE) CEO says annual vaccine is preferable to a booster shot to deal with covid. 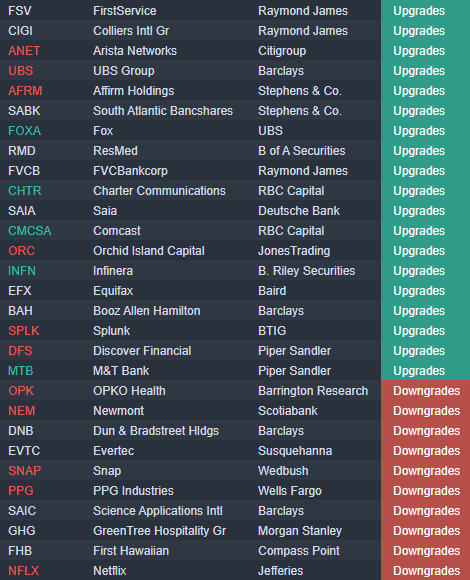