Having shown some resilience near 100-hour SMA, the USD/CHF pair managed to regain positive traction on Friday and has now recovered the previous day's modest losses. The pair was last seen trading near daily tops, around the 0.9060 region during the mid-European session.

The mentioned area marks the top end of a three-day-old descending channel. Given the recent strong positive move from mid-February swing lows near the 0.8870 area, the channel constitutes the formation of a flag pattern on short-term charts and favours bullish traders.

That said, it will still be prudent to wait for a sustained break through the channel resistance before placing aggressive bullish bets. The USD/CHF pair might then aim to conquer the 0.9100 mark, which coincides with the 61.8% Fibonacci level of the 0.9297-0.8758 downfall.

Some follow-through buying will reaffirm the bullish breakout and push the USD/CHF pair further towards challenging the very important 200-day SMA, currently near the 0.9145 region.

A convincing break below will negate the constructive set-up and prompt some aggressive technical selling. The USD/CHF pair might then accelerate the slide towards the 0.8915 horizontal level en-route the 23.6% Fibo. support near the 0.8885-80 region. 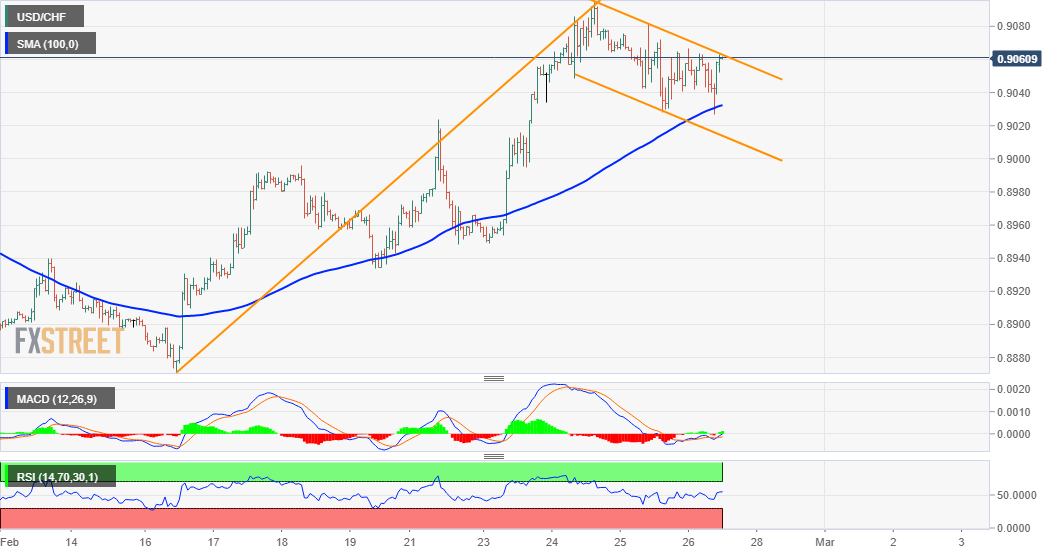