The US dollar was lower vs. most major currencies on Thursday. On Friday in Tokyo, the index, DXY, is under pressure at around 105.85. The positive impact of hawkish Federal Reserve comments faded this week while investors waited for more signs on the data front. This brings jobs into focus. We have US Nonfarm Payrolls coming up.

Nonfarm payrolls are expected to have risen by 300,000 in July, with an uptick in participation, keeping the unemployment rate at 3.6%, Morgan Stanley said in a note Thursday. It investment bank expects that average hourly earnings to have risen 0.4%, lowering the year-over-year rate to 5%.

Meanwhile, Initial Jobless Claims increased in the final week of July by 6k to 260k data showed on Thursday. ''Continuing claims (to 23 July) lifted, providing clear evidence that the heat is starting to come out of the US labour market,'' analysts at ANZ Bank explained.

''The challenger job cuts data painted a similar picture with hiring announcements at their lowest since November. The number of jobs in July cuts eased from the previous month when numbers really shot up, but are still elevated. However, the number of job cuts is still way lower than in the 2001 and 2008 recessions.'' 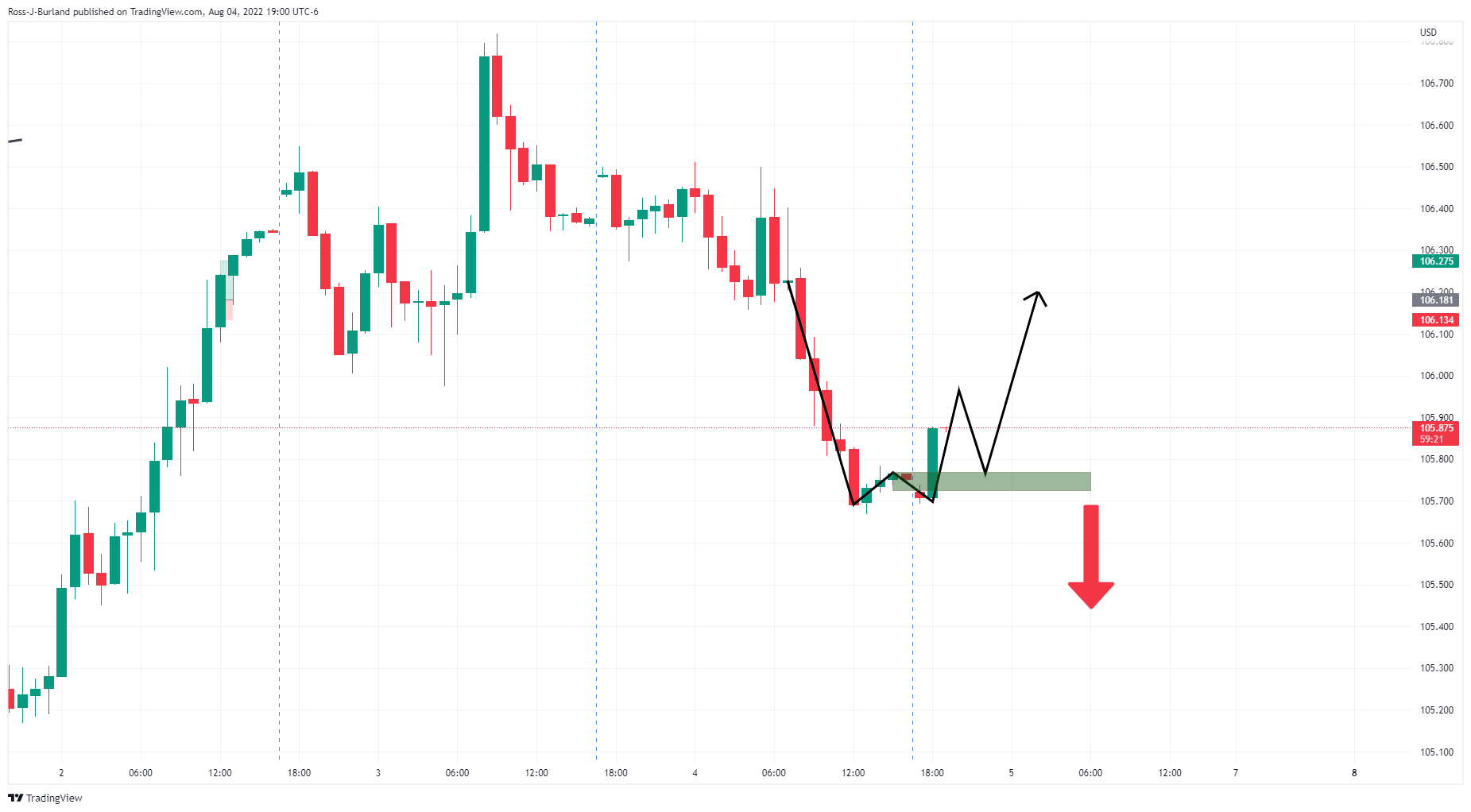 The price is carving out a W-formation on the hourly chart which could hamstring the bulls. A break of the neckline to the downside opens risk of a downside continuation.