The latest filings with the SEC show Elon Musk is still selling some of his Tesla (TSLA) shares and taking advantage of near-record high prices in the process. We had earlier in the week mentioned that if he stood by his promise on Twitter, he would now only be about halfway through. Currently, observers estimate there is still another few billion dollars left to sell before he reaches his promise of a 10% divestment. The Tesla share price naturally reacted poorly, but the stock environment was negative anyway, so it may not solely be down to the CEO selling shares. Yields are rising, some doubt is being sown about the longevity of this rally, and profit taking is also a factor as we approach Thanksgiving weekend.

As we can see from the 15-minute chart above, it was looking a whole lot worse for Tesla with just one hour remaining in Tuesday's regular session. Tesla stock was down 9% but staged a late rally into the close.

Elon Musk has been joined in his selling by Cathie Wood of ARK Invest who has recently been selling clumps of Tesla stock. On Tuesday she sold another $150 million or so, adding to sales throughout November. Elon Musk looks to have sold nearly 1 million shares on Tuesday  or over $1 billion worth of stock.

Previously, Musk said, “I have a bunch of options that are expiring early next year, so ... a huge block of options will sell in Q4 — because I have to or they’ll expire,” according to Benzinga. This sale should not be too surprising, and he has timed them well.

In other news talk of the Model Y performance car is due to be delivered in China soon, according to Tesla's Weibo account. China is the largest electric vehicle market in the world.

The shorter-term view from the 30-minute chart shows resistance now at $1,137. This is the point of control from Friday and the low from Monday. The intraday volume profile bars (blue and yellow) show most of yesterday's volume taking place at the lower end of the daily range. Also of note is the spike in volume on a down day, another bearish continuation sign. 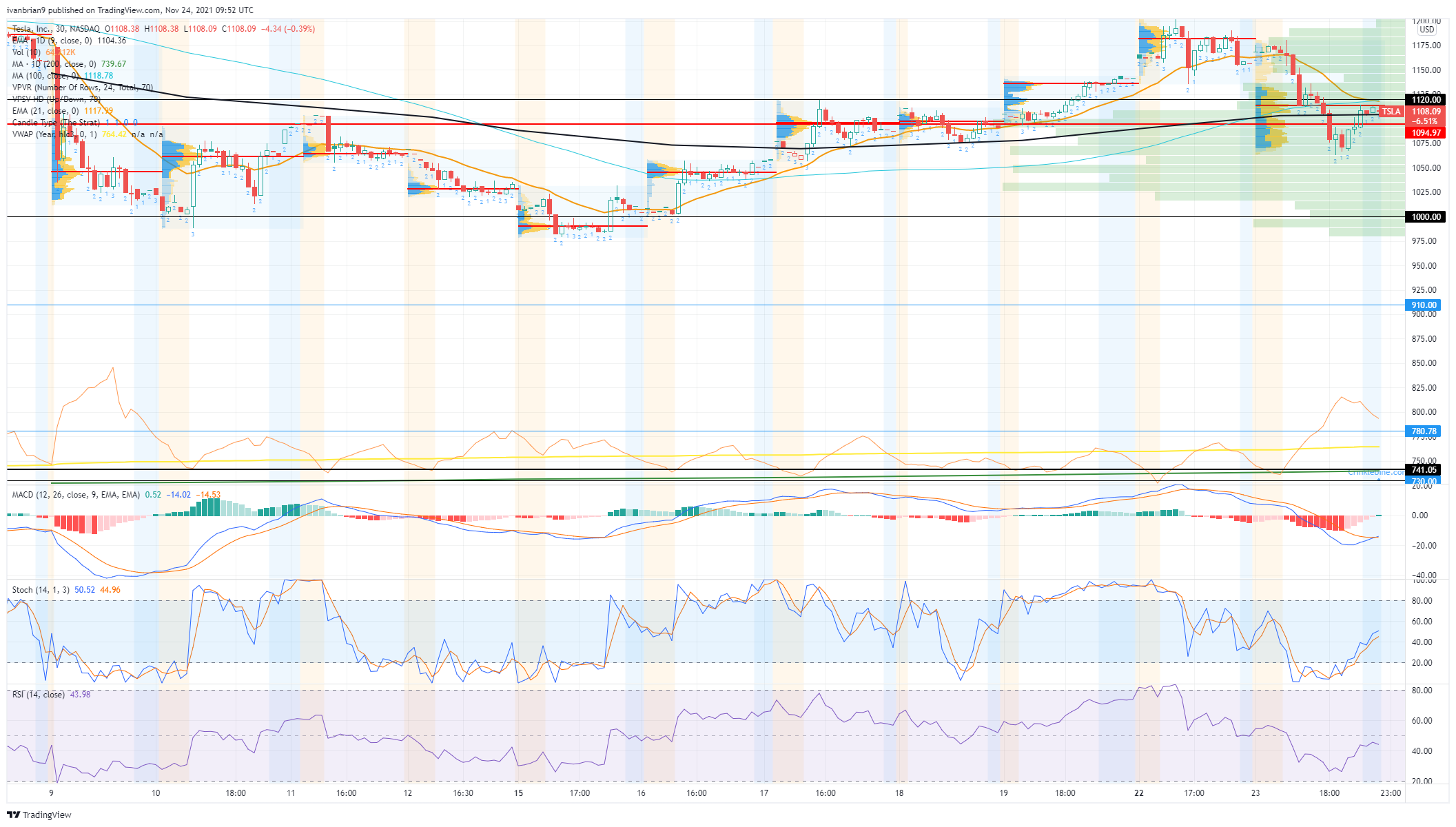 The daily view looks slightly more bearish now with Tesla at least finding support at the 21-day moving average. We have a bearish crossover from the stochastic, and the MACD is looking like it may cross over if we get another down day. $1,000 remains the short-term target and then $910 below. We suspect more losses for Wednesday, profit-taking ahead of Thanksgiving, and the techncial picture to continue turning. Elon still has more to sell. 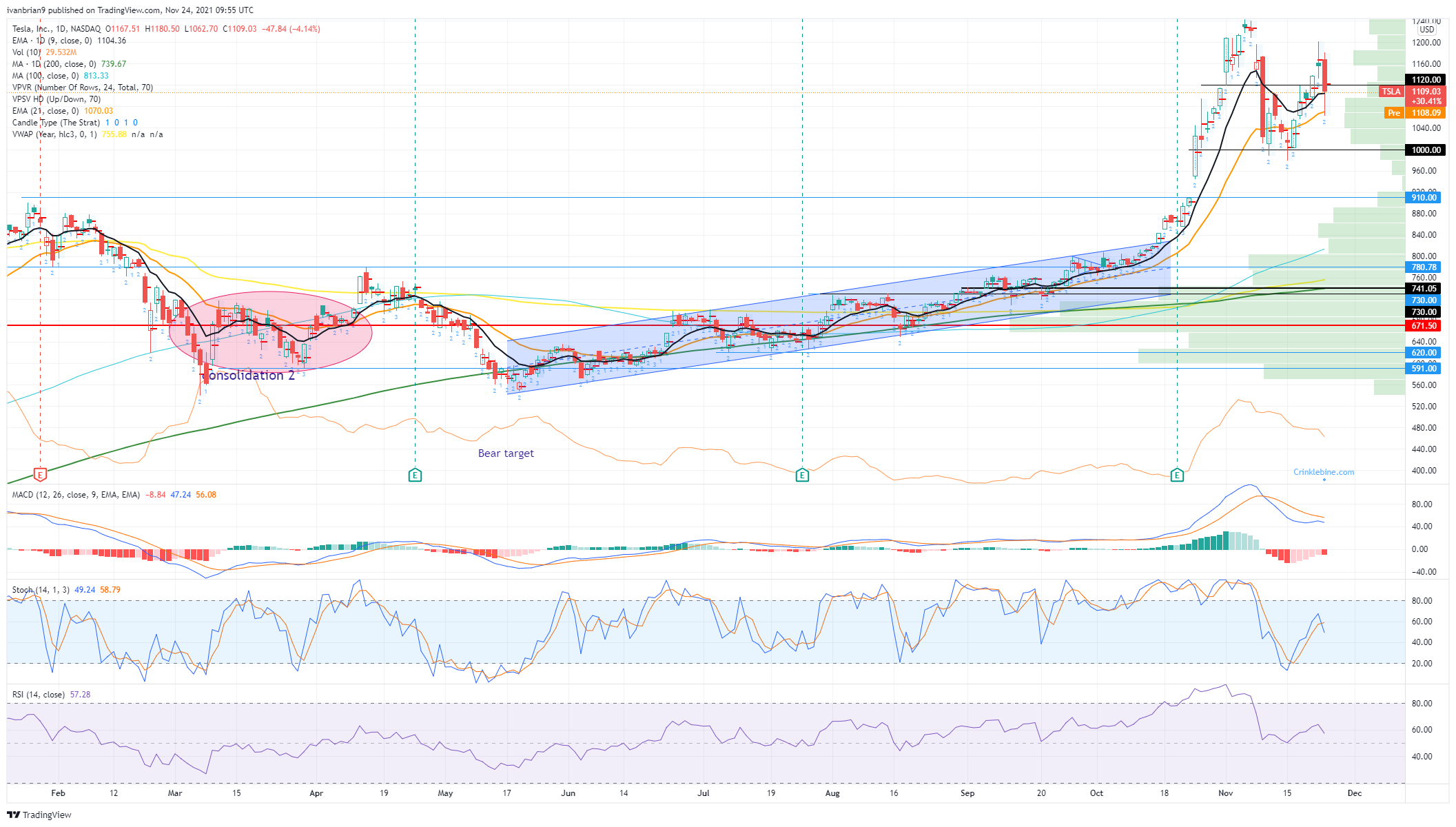