Tesla (TSLA) shares continue to push higher in a perfect technical setup once they got above $800. We had been bullish on Telsa for some time and nearly gave up our call as the stock struggled to break and hold above $800. We gave our call one last shot last week, and Tesla finally closed above $800. Monday saw more gains for the electric vehicle leader as the stock closed at $870.11, a gain of over 3%. That marks gains of over 10% for our call from mid-September. 10% is perhaps not what the meme stock traders are after, more like 10,000%, but a 10% gain in a month far outweighs the bank deposit rate or the return on the S&P 500.

Tesla (TSLA) shares have been strong and the stock will report earnings to try and justify that strength after the close on Wednesday. Earnings per share (EPS) is expected to come in at $1.56 and revenue is expected to hit $13.57 billion, according to the latest Refinitiv data. The commentary on the conference call around supply chain issues and semiconductor chips will also be keenly watched by investors.

Will Tesla stock keep going up? We certainly would be taking some of a long position off the table ahead of results or at least have a trailing stop in place. The stock has been on a very strong run ahead of numbers, so it will take a decent bet to keep that momentum going. Tesla has staged two powerful days resulting in a strong breakout of the trend channel. TSLA shares are now overbought on the Relative Strength Index (RSI). We at FXstreet use a much higher RSI band for Tesla at 80% and 20%. The normal banks are 70% and 30%. This filters out some false signals. The last time Tesla was above 80 on the RSI was back in April when TSLA traded at all-time highs, and the stock traded lower soon after. 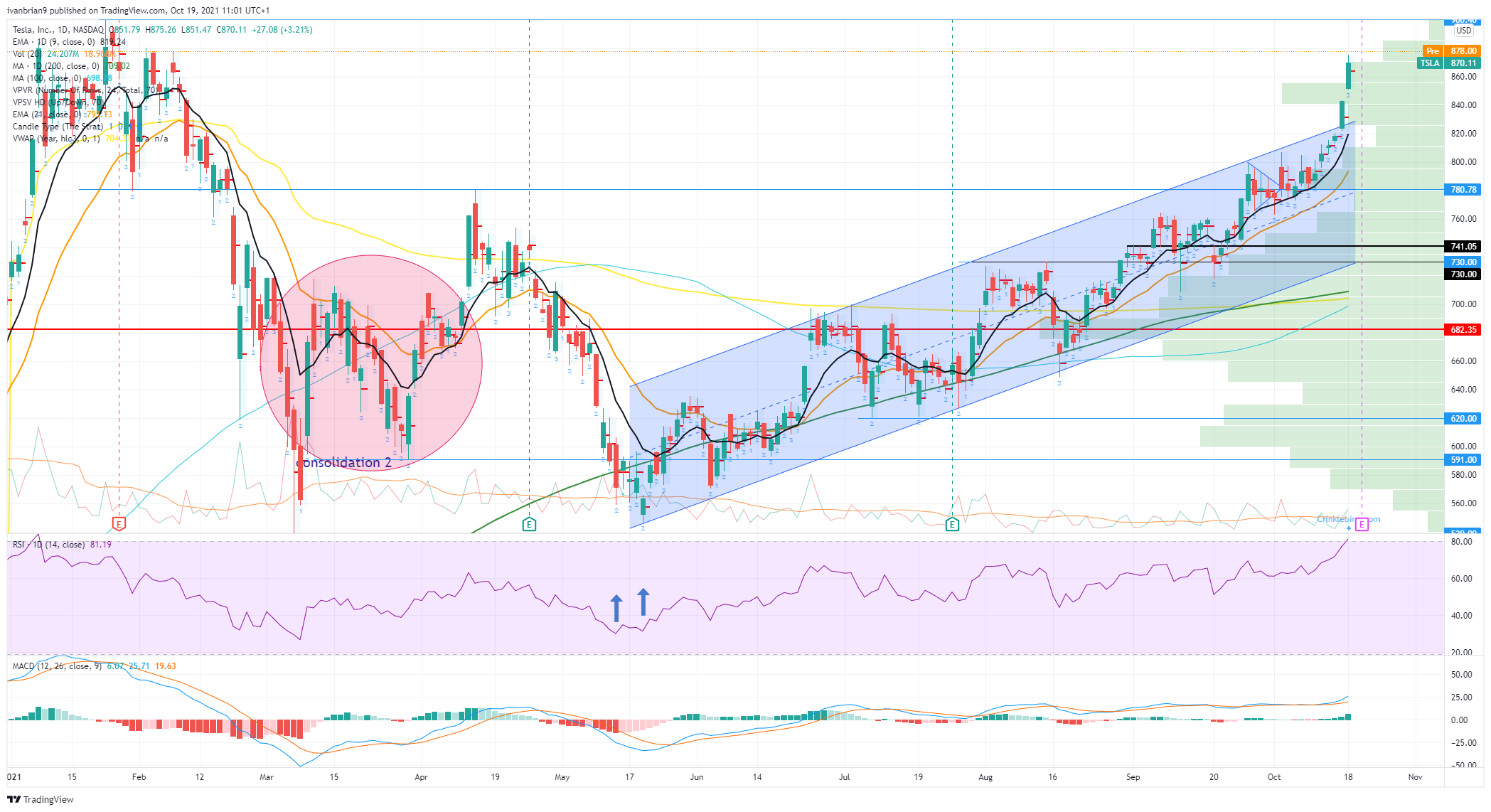 SafeMoon price action is nearly singular in its current behavior and structure. Very few, if any, significant altcoins have displayed the kind of price behavior SafeMoon has. SafeMoon price faced a strong sell-off during the early part of the Tuesday trading session, collapsing nearly 30% from the daily open of $0.0000030 to $0.0000023.