Equity markets stabilized after heavy losses on Friday and outperformed doom forecasts. After Friday's rout, more of the same was expected if not feared, and the opening of the session looked like it would be more of the same. However, following two early attempts to break lower, bulls won out for now and managed to push equities higher in the afternoon and keep losses to a minimum. Eventually, the main indices all closed less than 1% lower with the Nasdaq the worst performer at 0.98% lower, while the Dow and S&P 500 were just hovering around 0.5% lower.

Tuesday brings more optimism based on the capitulation trade failing. With Friday's jobs report coming, markets are now expecting a recovery on Tuesday before some likely flatlining until Friday. Monday was pretty light on the volume front with a holiday in the UK perhaps helping. Yields have pushed higher but not alarmingly so, and Bitcoin has managed to haul itself back above $20,000 level indicative of improving sentiment in risk assets. Oil also managed to eke out some gains on Monday as worries over tensions in Iraq and Libya added to recent talk from OPEC+ on supply constraints. That led to 4% gains for the main oil contracts on Monday – WTI and Brent. So far those gains are holding on Tuesday. Yields are lower and equities are higher in Europe and Asia.

Monday demonstrated a near-perfect retracement to $402 and a look at the 50-day moving average. Expect some range trading to see out the remainder of the week as markets still grasp the ramifications of Powell's speech and Friday's jobs report gives more clues. In our view, the jobs report looks to be a no-win situation. A strong number and the odds of a 75 bps hike in September go to nearly 100%. A weak number confirms the employment market is finally rolling over and so begins a deep recession.

The only hope is probably to match expectations, but as ever it will be the key market reaction. Markets move where they want to move irrespective of data. All summer we had poor data, but the equity market rallied. This market still feels like it wants to go higher, but investors are nervous to put on any decent size, so we end up with whippy trading in light volumes.

Technically, the market will need to confirm that summer is over and that the rally was of the bear type. That means putting in a new low below $362. Anything else is a failure and means a higher low, which should then lead to a higher high. The first target is to break $401 and the 50-day moving average. 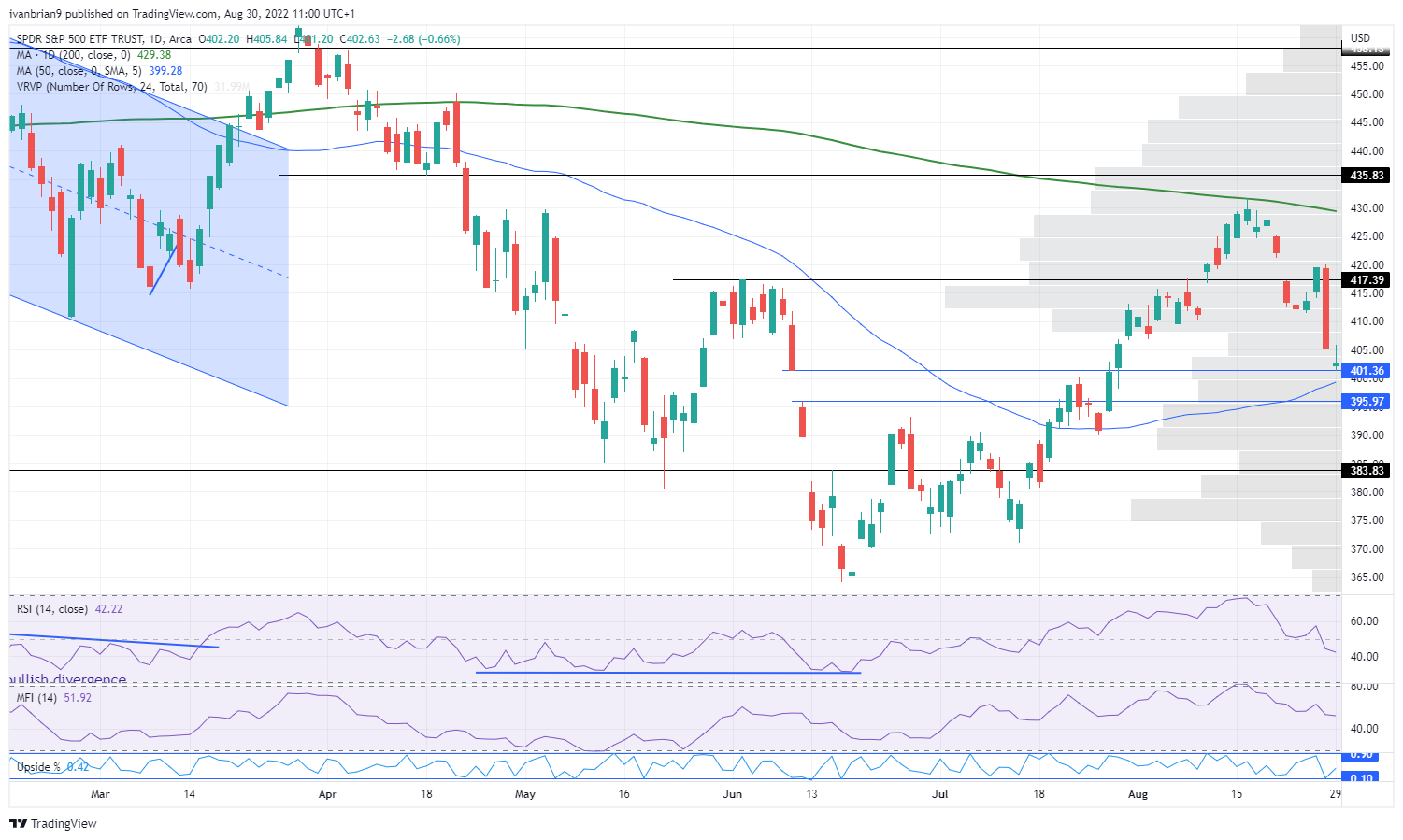