Equities remain under intense selling pressure as the ramifications of the Federal Reserve's move continue to be felt. So far there is no sign of a relief rally in sight, while investors reposition and prepare for higher rates for longer.

If you have come looking for good news, then I am afraid we have little for you. Equities continue to suffer following the Federal Reserve's decision to raise interest rates. Not so much the decision itself has caused the downswing in sentiment, but the dot plot showing no rate cuts for 2023 and the possibility of a rate hike in 2023. This was at least 50bps, perhaps even 75bps higher, than what the market was expecting. Naturally, bond yields spiked and equities fell sharply.

Adding to the pressure was a dismal report from FedEx (FDX) earlier in the week and now we get Goldman Sachs cutting their year-end S&P 500 forecast by over 15%. Truly a grim outlook. At some stage, we will get a counter-trend rally as nothing goes in a straight line, but it seems the era of buying the dip is over – to be replaced by sell any rip!

It now is a foregone conclusion that we will break $362. The question seems to be only when this happens. Holding below $389 keeps the bearish trend intact, and a break of $362 will then see a target of $352 –  the triple top from August, October and September of 2020. European markets have moved sharply lower since the UK announced its tax cut plan. The FTSE moved lower as UK bond yields spiked, and this dragged German bond yields higher and all European equity indices lower. As I type, the Eurostoxx is down nearly 3% in virtual freefall. The US 2-year yield, meanwhile, has moved to levels not seen since before the Great Financial Crisis. This move higher will need to slow before equities can stabilize. 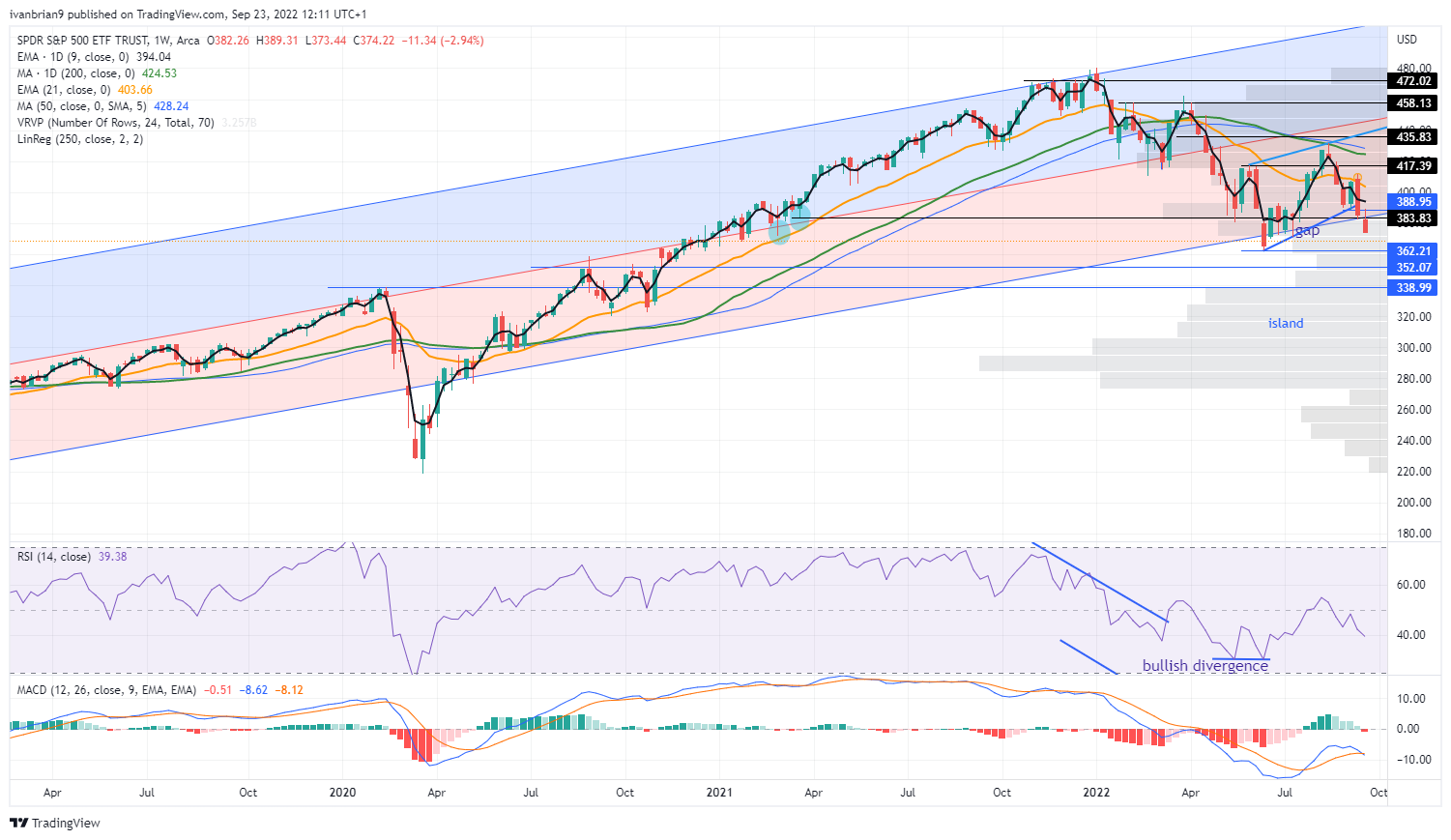