Equity markets put in another impressive performance on Tuesday with all main indices closing in the green. Energy stocks recovered sharply after oil bounced back above $80. The gains in Energy (XLE) were matched by oil and gas explorers (XOP) with both sectors closing over 3% higher. Industrials (XLI) and Healthcare (XLV) were the two underperforming sectors, but both still managed to close about 1% higher. Real Estate (XLRE) also continues to lag as the effects of higher interest rates continue to weigh.

The information about the proposed China reopening does look a little more challenging on Wednesday as more and more lockdowns are put in place to curb the rising spread. Apple (AAPL) has been dragged into the news as protests have reportedly erupted at its supplier plant in China. Reuters carried the news, but so far the effect is muted as Apple stock trades only slightly lower in the premarket. This could be something to keep an eye on as Apple remains the largest stock in the market and tends to drag others lower. It has also held up well since its last earnings when it failed to provide guidance. This does not augur well for next quarter's earnings in my view.

On the macro front later today, we will get the Fed minutes from the last FOMC decision. My take is that these minutes will err on the hawkish side given Powell was pretty hawkish himself in the presser after the decision. That should send the US Dollar higher and stocks lower and would chime with profit-taking ahead of Thanksgiving.

The recent move still looks like it is struggling for momentum. So far we see the number of stocks above their 20-day moving average closely following the S&P 500 price. We look for divergence here as the first sign of the rally ending. 3,946 remains the short-term pivot for this rally to continue. Expect a test of 4,030 today, which may fail. If so, that is likely to set the trend level for the remainder of the session. Breaking above 4,030 would make the 200-day moving average at 4,060 the intraday target. 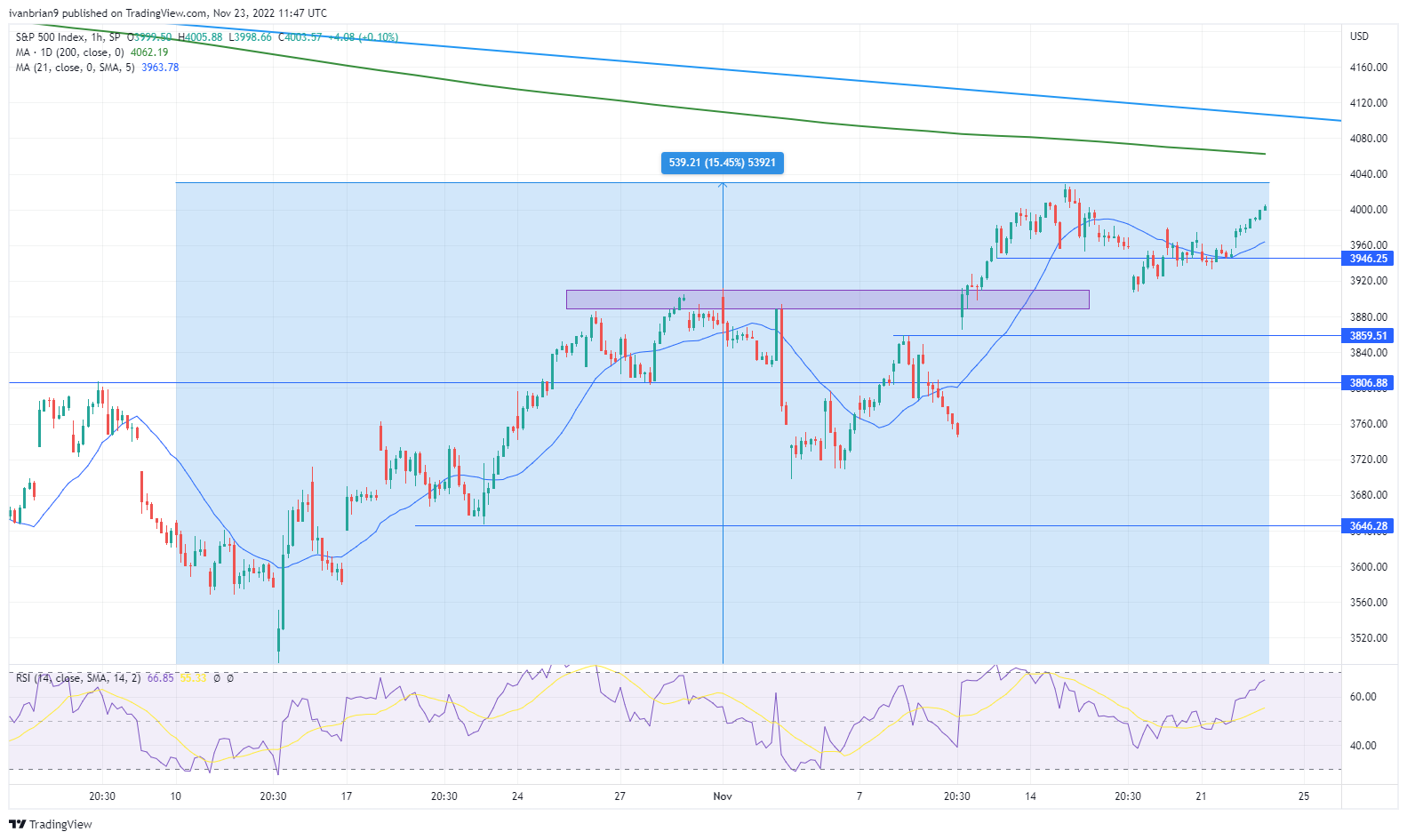