SKLZ shares did that meme stock thing on Wednesday of having a volatile day. The retail traders love volatility, while the more seasoned investors prefer steady slow gains. Youth versus age, one might say, and most meme stocks certainly give us plenty to talk about and plenty of volatility and volume. SKLZ had been one of the original meme stock members back in early 2021 with the stock surging up to a high of $46.30 before gradually sliding all the way back to $10.06 in August. Perhaps not breaking $10 was a key psychological support that started to get retail bulls going again, but whatever the reason, the stock surged 11% on Tuesday in a strong breakout and the first sign of an up move for some time. Wednesday looked set to be following the same playbook with SKLZ stock opening strongly and hitting a high of $13.98 in the first few minutes of the regular session. SKLZ was up 9% at one stage yesterday but retraced for much of the remainder of the day, closing 3.7% higher at $12.21.

The reason for the sell-off can be attributed to Skillz stock entering a high volume resistance area. We had thought the move may manage to get to $15 and struggle there, but it actually stopped short. The reasoning was the same – heavy volume. "Volume starting to increase from $14. There is a volume gap from $12 to $14, which is a not-too-shabby 20%-plus gain, but once we get into heavy volume traffic, consider taking some longs off the table to bank some profits." For our call before the open on Wednesday, you are welcome! 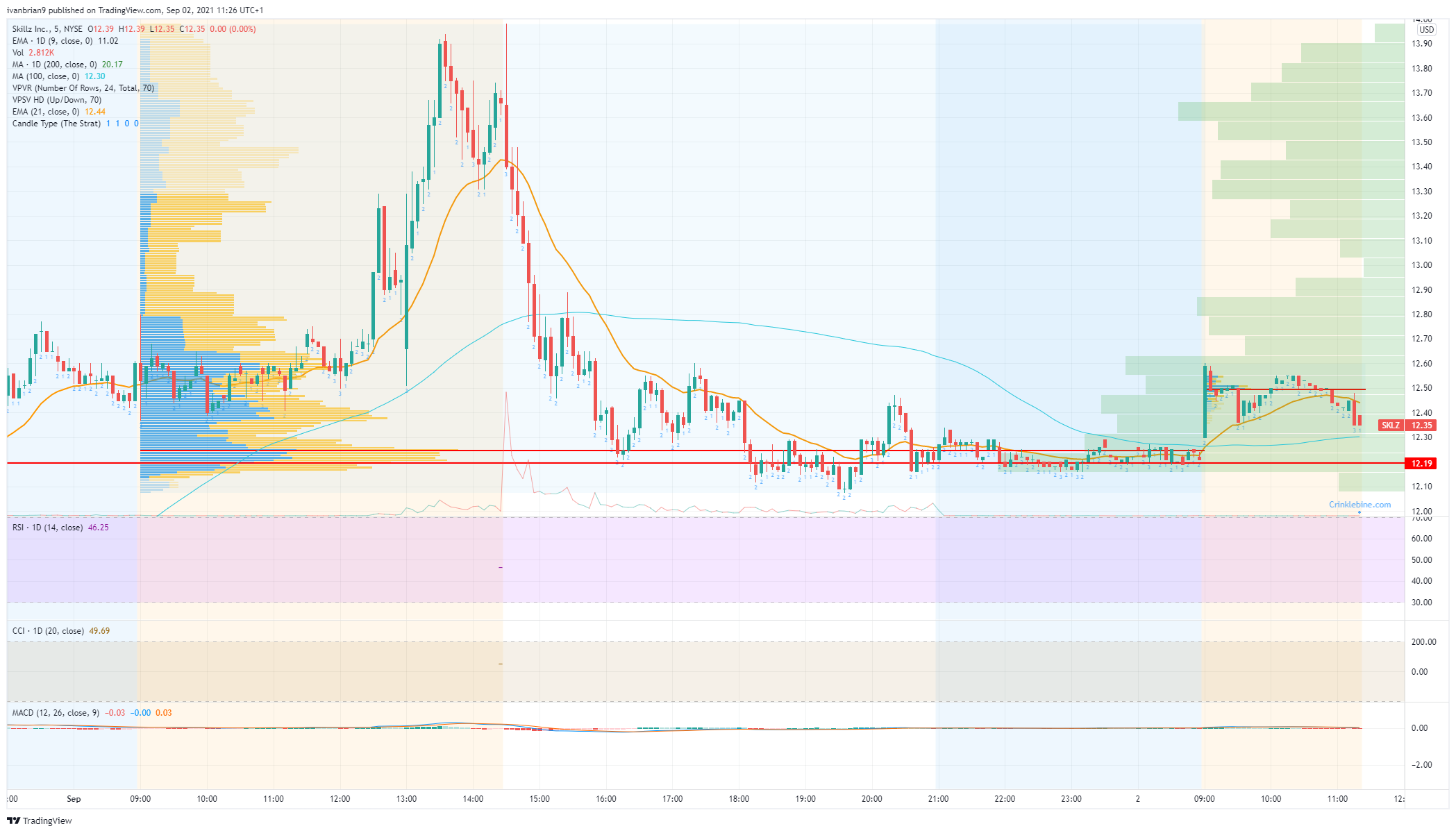 The heavy sell-off for most of the remainder of the main session on Wednesday has perhaps provided another opportunity to longs who like buying dips. Look at our breakout level from the chart below – $12 saw a clear explosion higher. Then there was a retracement to retest the $12 level. Retracements that do not break lower actually but increase the power of the bullish trend, so we would like to see this hold. This can be used to buy some dips with a stop reasonably tight below, because as just said breaking below the breakout level ends the bullishness.

The idea will basically be a repeat of Wednesday then with $14 the initial target as volume gets heavy up there. Assuming SKLZ does this and moves to $14, this time the trend should have a bit more power, so $14 is time to take some longs off the table again. In our view it is time to leave some on the table as SKLZ stock may look to consolidate at $14. 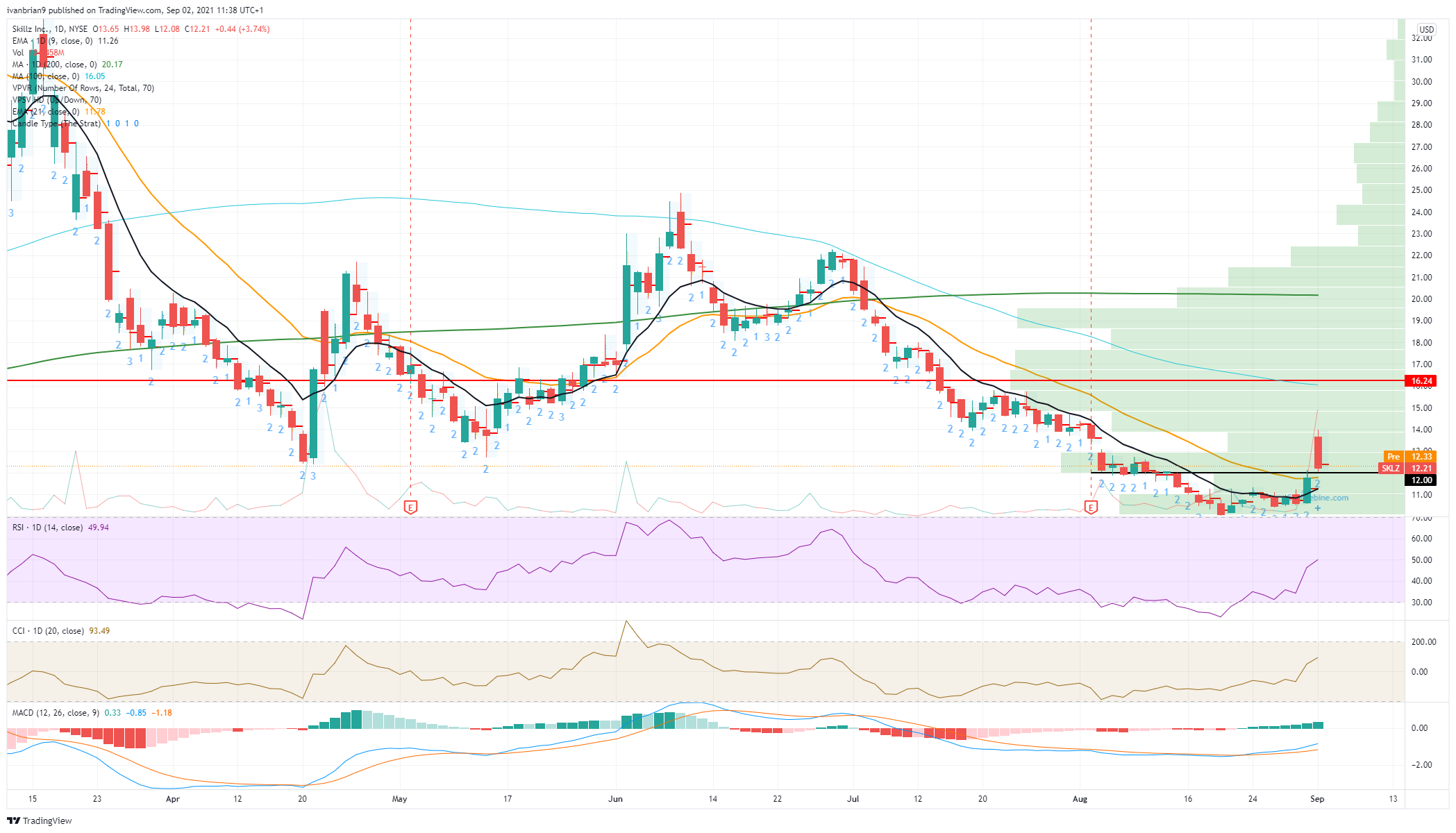 EUR/USD recaptures 1.1150 amid US dollar retreat

EUR/USD is trading above 1.1150, rebounding from 19-month lows of 1.1132. The US dollar pulls back from the highest level since July 2020 as global stocks stabilize from post-Fed trauma. Stronger US GDP and policy divergence could keep the rebound elusive ahead of PCE inflation.