Polestar (PSNY) stock continues to slide lower, losing over 4% on Tuesday. A lack of any discernible catalyst is mostly to blame for the serious underperformance here. PSNY is a former retail-followed stock that saw some strong rallies in its former guise as a SPAC. GGPI merged to become PSNY, and since then retail interest in the stock has plummeted. Interest in EV makers has also taken a sentiment hit due to sharp falls in the likes of Rivian (RIVN) and Lucid (LCID), but Polestar failed to rally at all during the equity market recovery in July.

The stock needs a catalyst, but investors will likely have to wait until October to get one in the form of the new Polestar 3. This will be the company's first SUV model, which is key. SUVs are the highest margin category in the auto space. While there is a lack of any short-term catalyst, the longer-term view looks slightly more promising. Wall Street has begun to follow the stock more closely after its GGPI merger, and analysts are mostly optimistic about its prospects.

This is largely due to the company structure. Polestar is majority owned by Volvo and Geely Automotive from China. Accordingly, Polestar is not capital intensive like so many other EV start-ups. It uses Volvo or Geely manufacturing sites in the US and China, so it does not need capital to build its own plants.

Recently, we have seen Lucid Motors file for a mixed shelf offering of up to $8 billion. Polestar also piggybacks on the service network for Volvo, another plus. All it needs to build out is a distribution and sales model, which is by far the least capital-intensive part of the EV project. This is a longer-term argument though and is based purely on relative potential versus the rest of the EV space. In the short term we expect more headwinds as the global macro environment remains challenging, US-China tensions rise and supply chain issues remain a problem.

$10 was a key support for the old GGPI as SPAC companies have to hold $10 in cash to return to shareholders if they fail to merge with an intended target. That requirement is now gone once the deal with Polestar goes through, so $10 is now long gone as support. With such a lack of history, there is little in the way of technical analysis to perform here. The one interesting feature to watch for is oversold readings on the Money Flow Index (MFI) and the Relative Strength Index (RSI). Both are declining but are yet to reach oversold zones. News flow is what will move this stock, and we are unlikely to get that until October. 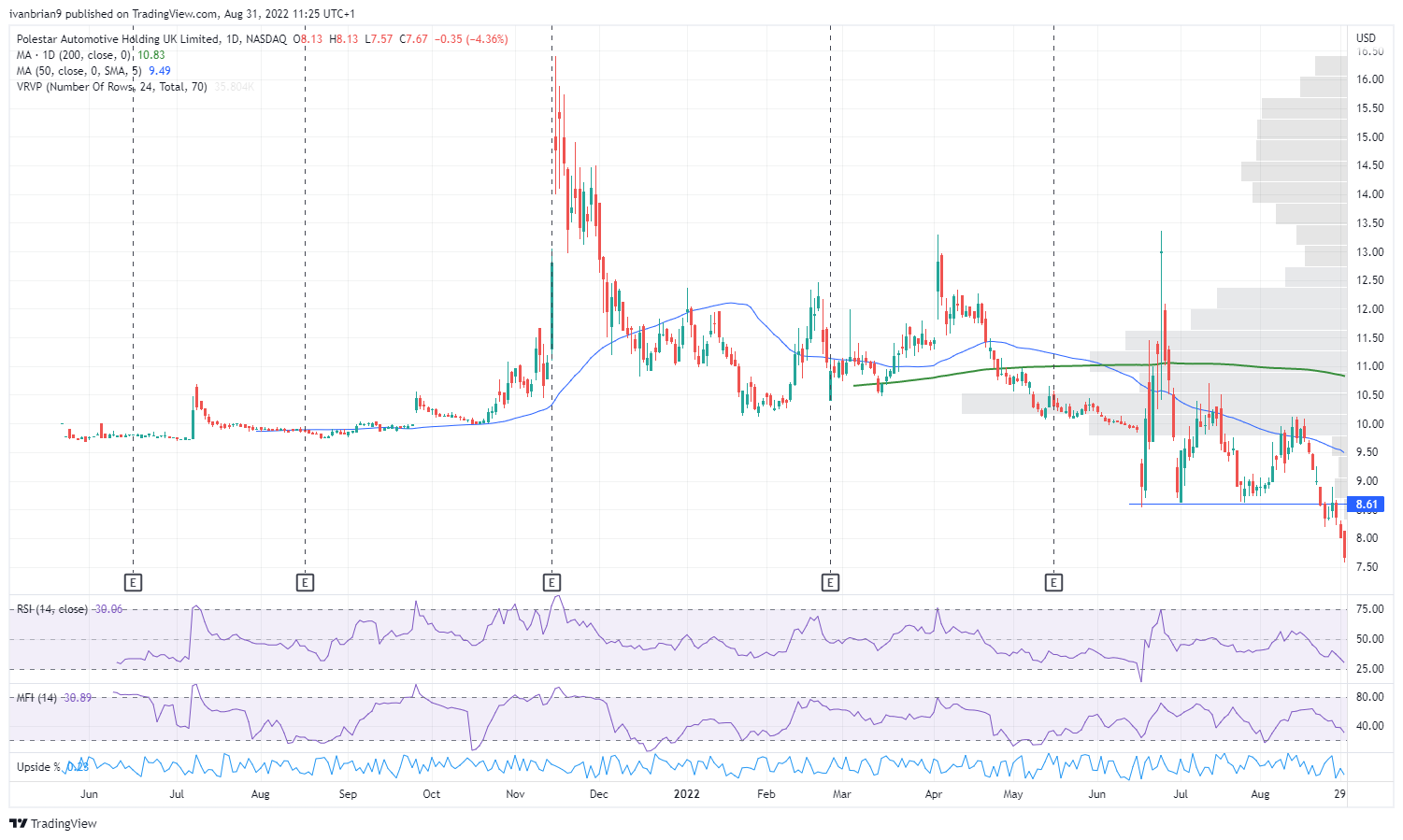