Netflix (NFLX) shares continued to perform strongly on Monday with results just around the corner. The stock has been very strong for some time, setting new all-time highs on the back of the global success of Squid Game. Netflix (NFLX) will release earnings after the close today, but we feel the price is already reflective of strong performance, and it will be hard for the stock to maintain recent momentum unless the results are truly blowout results. Recent earnings releases are once again strong, but for this move in Netflix (NFLX) stock to continue, earnings and subscriber numbers probably need to come in over 20% ahead of expectations.

In FXStreet's view, the risk-reward is to the downside. Trading as we know is about analyzing risk-reward scenarios and putting as little capital down for as much reward as possible. Monday saw global markets rally strongly as yields dropped as the day progressed. Risk-on was the theme, and Netflix was not to be left out with a gain of 1.54% to close at $637.97.

The closest aspect to watch on Q3 earnings will likely be subscriber numbers. These have been slowing since the boom at the start of the pandemic. Competition from Disney+ and Apple TV has increased, and people have also returned to normal activities. The big question then is whether Squid Game can arrest the recent decline in subscriber growth. Netflix is expected to report earnings per share (EPS) of $2.56 and revenue of $7.48 billion.

Why is Netflix (NFLX) stock up?

As mentioned, the stock has surged on the success of Squid Game but also on the risk-on nature of markets yesterday. A weak opening was quickly discarded by markets as yields dipped and the market ignored surging energy prices and inflationary fears.

The flag pattern remains intact. Usually, this is a continuation pattern, so let us see how this plays out after earnings. The lower range of the flag is support at $625. Breaking here is bearish with a target of $600 in a quick move. Note that yesterday, despite Netflix closing higher, the Moving Average Convergence Divergence (MACD) crossed into a bearish signal. 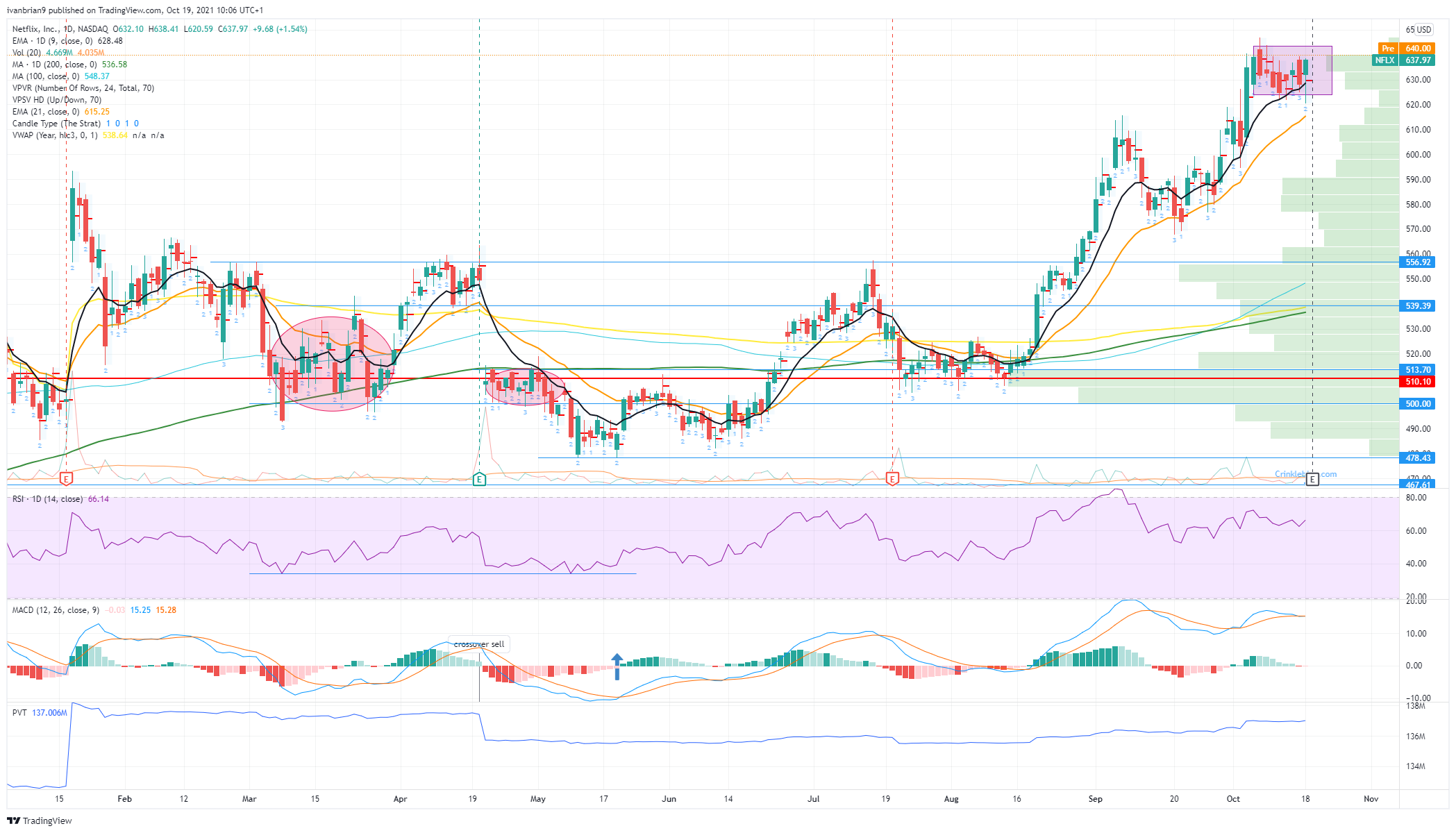