Gold going up to resistance 1549 while trading above 1540

The uptrend may be expected to continue, while pair is trading above support level 1540, which will be followed by reaching resistance level 1549. 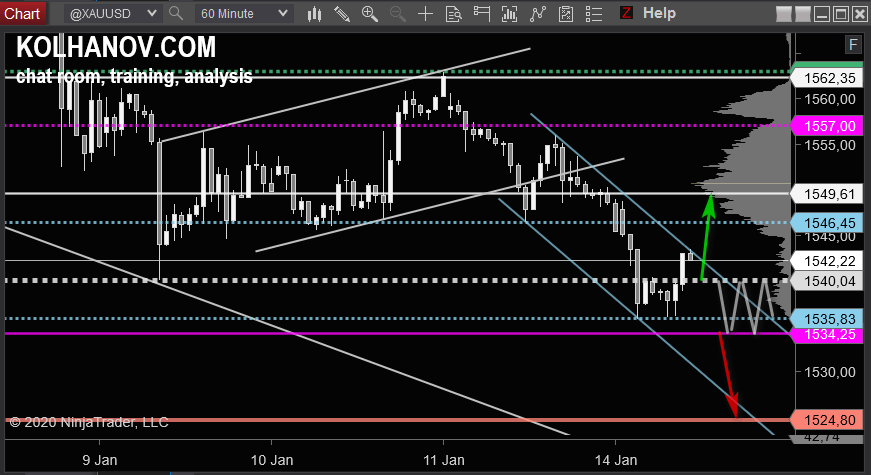 The mood across financial markets continued to brighten on Tuesday amid signs of further goodwill between the US and China ahead of the “phase one” trade deal signing ceremony.

The US Treasury Department is expected to remove the designation of China as a ‘currency manipulator’signaling a further easing in tensions, as both sides move one step closer to finding a middle ground on trade. This encouraging news has certainly injected global equity bulls with confidence as shares in Asia rallied on Tuesday morning.The positive sentiment was also reflected on Wall Street which logged record highs overnight, driven by sharp rises in tech stocks.While the signing of the “phase one” trade deal should continue supporting risk sentiment, investors could still be left empty handed if any of the finer details disappoint expectations.

In other news, the corporate earnings season kicks off with some of the biggest US banks includingJP Morgan, Wells Fargo and Citigroup under the spotlight, as they report quarterly earnings before the US opening bell.Stocks could extend gains if earnings from these major banks meet or exceed market expectations. Read more... 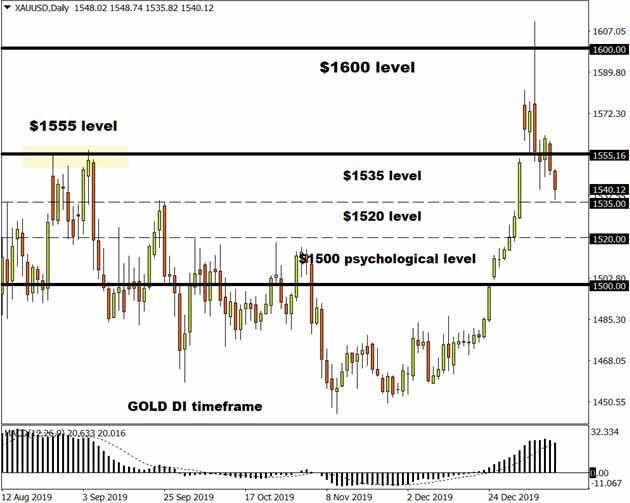 Having found support once again near $1536 region, Gold (XAU/USD) attempted a tepid recovery over the last hours, only to face rejection just ahead of the 1545 handle.

Gold prices reached two-week lows in Asia after the risk-on sentiment dominated, in light of stronger-than-expected Chinese Trade data and US-China goodwill gestures amid an imminent signing of a preliminary US-China trade deal.

However, the prices managed to recover some ground as the risk-on mood evaporated in the European session, with S&P 500 futures down 0.20% and US Treasury yields seeing some aggressive selling across the curve. Read more...