Gold has been consolidating its gains above $1,850 after an impressive recovery from the lows under $1,800. The main upside driver is US fiscal stimulus, which seems more likely after Democrats and Republicans seem to be coalescing around a relief package worth around $900 billion. While that sm is below what bulls were hoping for, any funds agreed during the lame-duck session are perceived as a bonus ahead of what is likely under President-elect Joe Biden.

However, the devil may be in the details and a bipartisan accord on where the money goes is still in the air. Until there is white smoke from Washington, it is time to look at XAU/USD technical levels.

The Technical Confluences Indicator is showing that gold faces resistance at $1,862, which is the convergence of the Simple Moving Average 10-1h, the SMA 50-1h, the Pivot Point one-day Support 1, and more.

Support is at $1,849, which is where the SMA 5-one-day and the previous weekly high converge.

Further down, a strong barrier awaits XAU/USD at $1,841, which is where the Fibonacci 38.2% one-month hits the price. 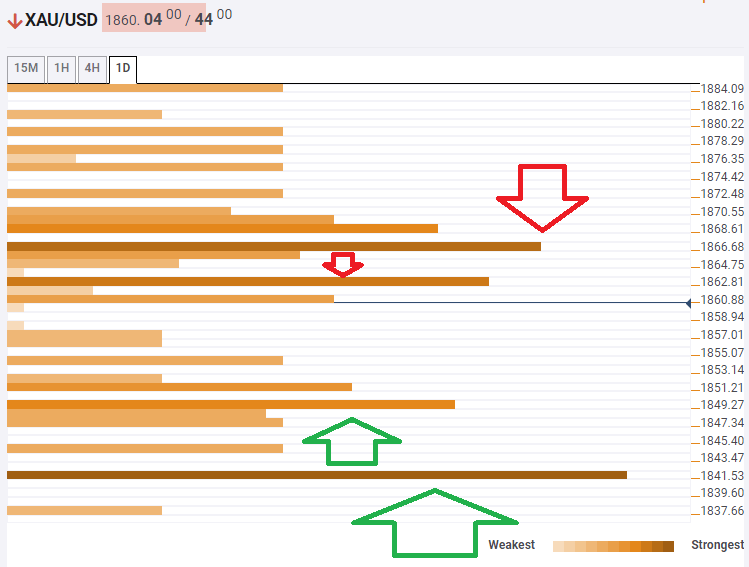