Gold lacks clear directional bias despite an improved risk appetite and weakness in the US dollar. The yellow metal's daily chart shows key averages are set to chart a bearish crossover.

The US President Joe Biden announced on Tuesday that his administration is boosting weekly vaccine supply, weakening the selling pressure in stocks, and pushing the anti-risk dollar lower. Additional bearish pressure likely emerged from the International Monetary Fund's upward revision of the 2021 global growth forecasts.

The dollar index, which tracks the greenback's value against majors, fell 0.27% to 90.27 on Tuesday and is trading flat near that level at press time. So far, however, the dollar weakness has failed to propel gold higher.

The bulls need quick progress, as the 50-day Simple Moving Average (SMA) is on track to cross below the 200-day SMA in the next couple of days. That would confirm a death cross, a long-term bearish indicator.

However, crossovers are lagging indicators, as SMAs are based on historical data and often mark major bottoms/tops. The metal's downtrend from the record high of $2,075 reached in August may bottom out with the impending death cross. 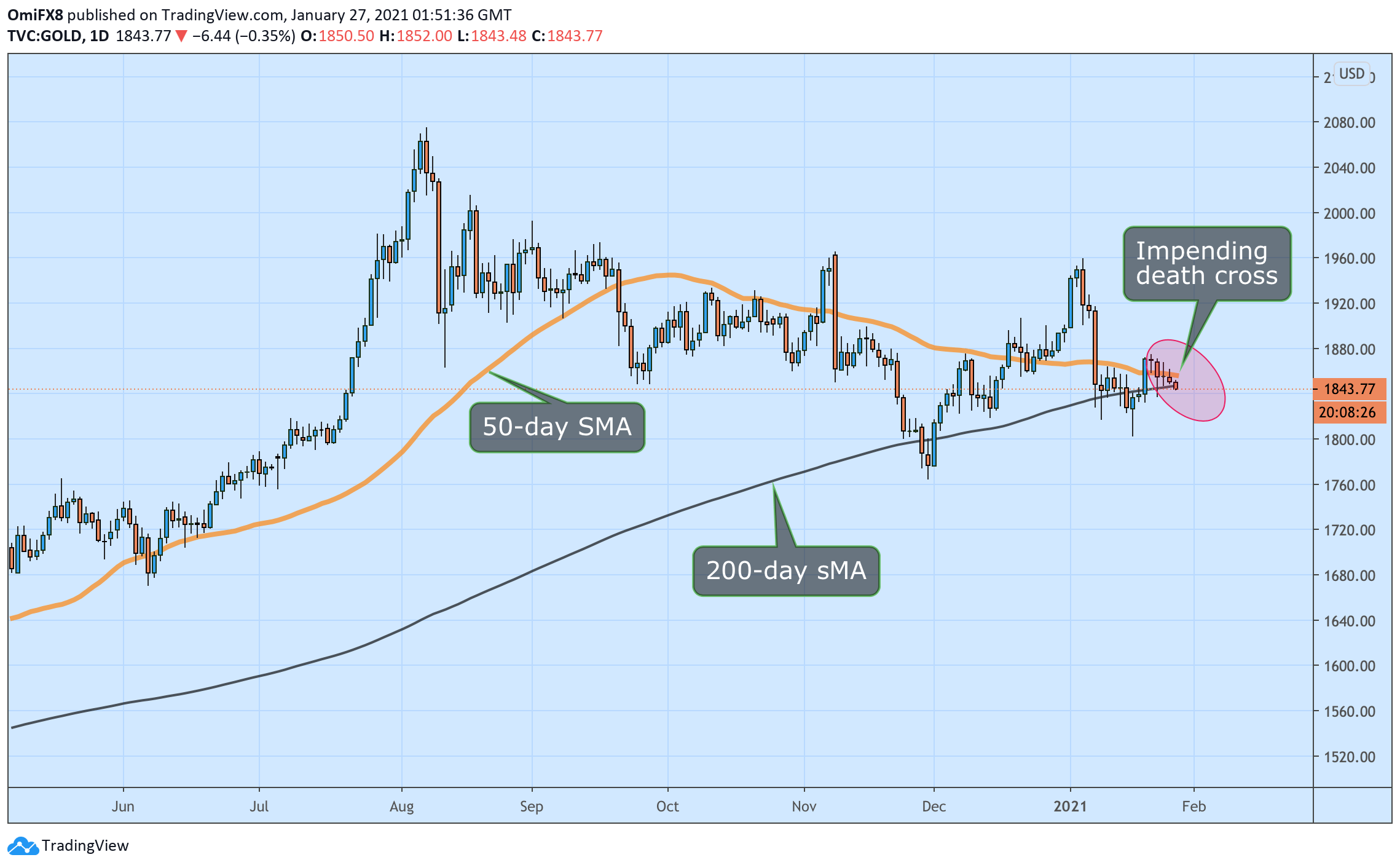 The greenback accelerated its slump with Powell conservative outlook, who said that substantial economic progress will take some time. GBP/USD trading at fresh three-year highs.

XAU/USD has chopped either side of the $1800 level in recent trade. Gold prices and broader financial markets await comments from Fed Chair Powell on recent bond market moves.