GBP/USD continued to climb on Thursday and reached the 1.2150s before moving lower into a consolidating during  Thanksgiving where liquidity is thinner than usual. The US Dollar continues to extend its losses on Thursday after the minutes from the Federal Reserve's November meeting supported the view that the central bank would downshift and raise rates in smaller steps from its December meeting.

The minutes of the Nov. 1-2 meeting showed officials were largely satisfied they could now move in smaller steps, with a 50 basis point rate rise likely next month after four consecutive 75 basis point increases. In other key statements, the minutes showed that a slower pace of rate hikes would better allow the FOMC to assess progress toward its goals given the uncertain lags around monetary policy. A few participants said slowing the pace of rate hikes could reduce the financial system risks; others that slowing should await more progress on inflation.

The dollar index DXY, which measures the greenback against six major peers, was down 0.2% at 105.87, after sliding 1.1% on Wednesday. As Reuters noted, ''the Fed has taken interest rates to levels not seen since 2008 but slightly cooler-than-expected US consumer price data has stoked expectations of a more moderate pace of hikes.'' Consequently, the US Dollar index slide 5.2% in November, putting it on track for its worst monthly performance in 12 years.

Meanwhile, it is potentially going to be a quiet end to the week with a vacant calendar and half-day markets on Wall Street. This leaves the focus on busier times ahead. Net short GBP speculators’ positions fell back for a third consecutive week as the UK's fundamentals remain sour.  A hefty 75 bps rate hike from the BoE this month failed to support the pound in the spot market, given the Bank’s gloomy UK economic forecasts and that sentiment is likely here to stay. A reversal in the US Dollar could be harmful to the pound and a potentially over-prescribed long in the spot market. 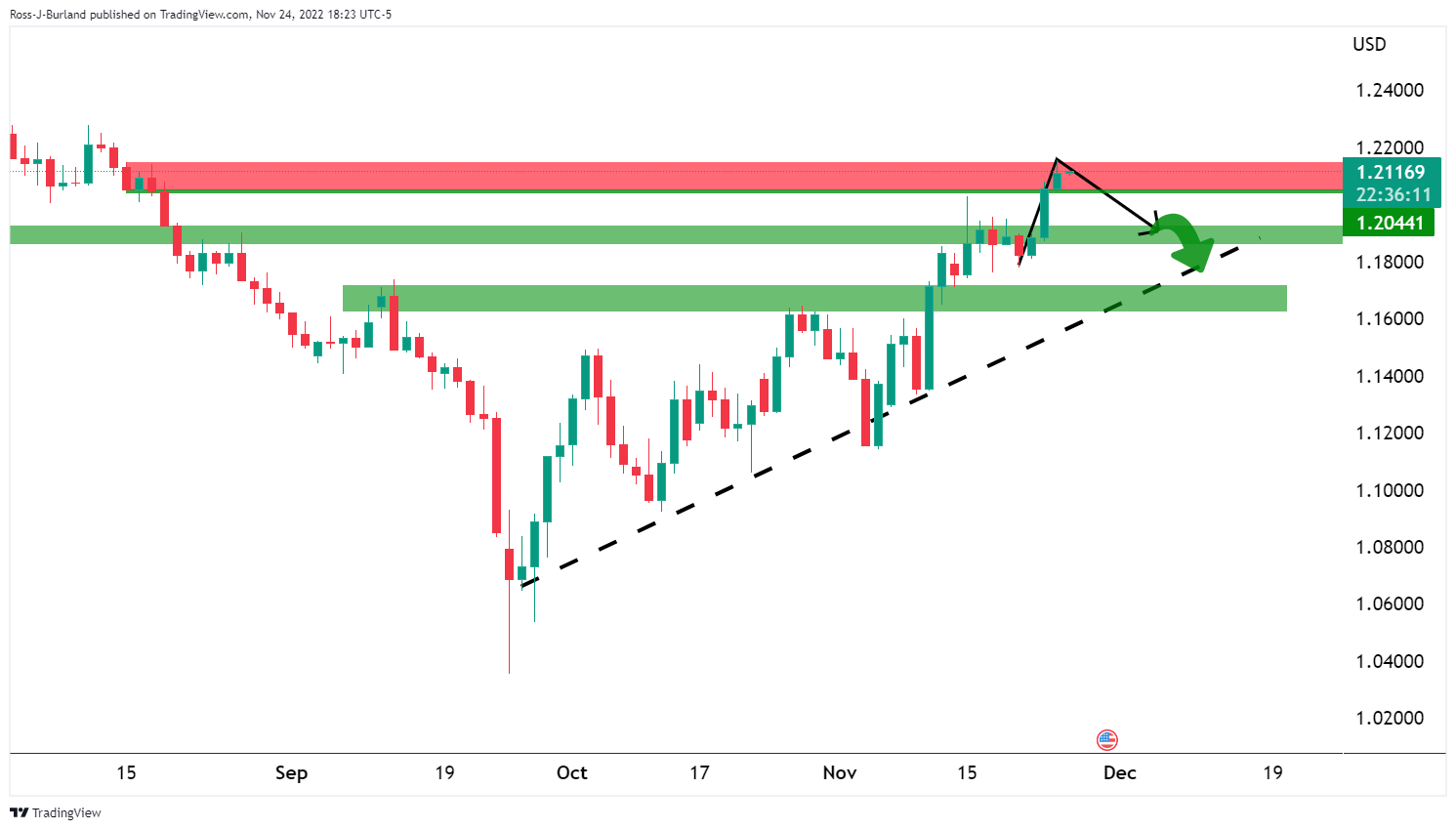 Bears are lurking at 1.2150/00 on the daily chart and there are prospects of a correction if the resistance holds over the coming days with eyes to 1.1959 and then the trendline support.