UPDATE: GME shares retreated 2% at the open to $208.70 on Wednesday. This is slightly more than major indices, all of which are in the red, as the S&P 500 is down 0.3% at the time of writing. This presents the very real possibility that GME will break the psychological barrier of $200 this week.

GameStop (GME) followed a sea of red in momentum names on Tuesday as so-called growth stocks slowed and momentum stalled. Volumes have been declining across a host of meme names with lower volumes in names like Rivian (RIVN), AMC, Lucid Group (LCID), and here in GameStop (GME) too. Volume is the oxygen for momentum stocks to breathe, and without it they stall and fall. Unless shorts have been totally battered like in AMC, then it just leads to a virtual standstill.

Most stocks rallied from their lows into the last hour of regular trading on Tuesday, but GME was not one of them. It bottomed out down 13% around lunchtime and spent the rest of the day bottom-feeding with no bounce.

While the stock remains one of WallStreetBets most discussed stocks, there is little in the way of real news to explain this sharp 13% fall. Meme stocks are volatile and move without explanation. GameStop (GME) had rallied 9% on Friday and 8% on Monday, so Tuesday was just a retracement of this move. Those gains on Friday and Monday had little in the way of concrete news, so this price whipsawing around is just noise. At least there will be something concrete to dig into shortly as GameStop announced yesterday that its next quarterly earnings release will be on December 8 after the markets close.

The intraday chart below shows the move up and back down, meaning we have retraced to short-term stability and high volume at $217. Below $200 is not only a psychological break but also a volume gap, meaning a sharp move to $184 would be very possible. This is the recent high volume mark going back to October. 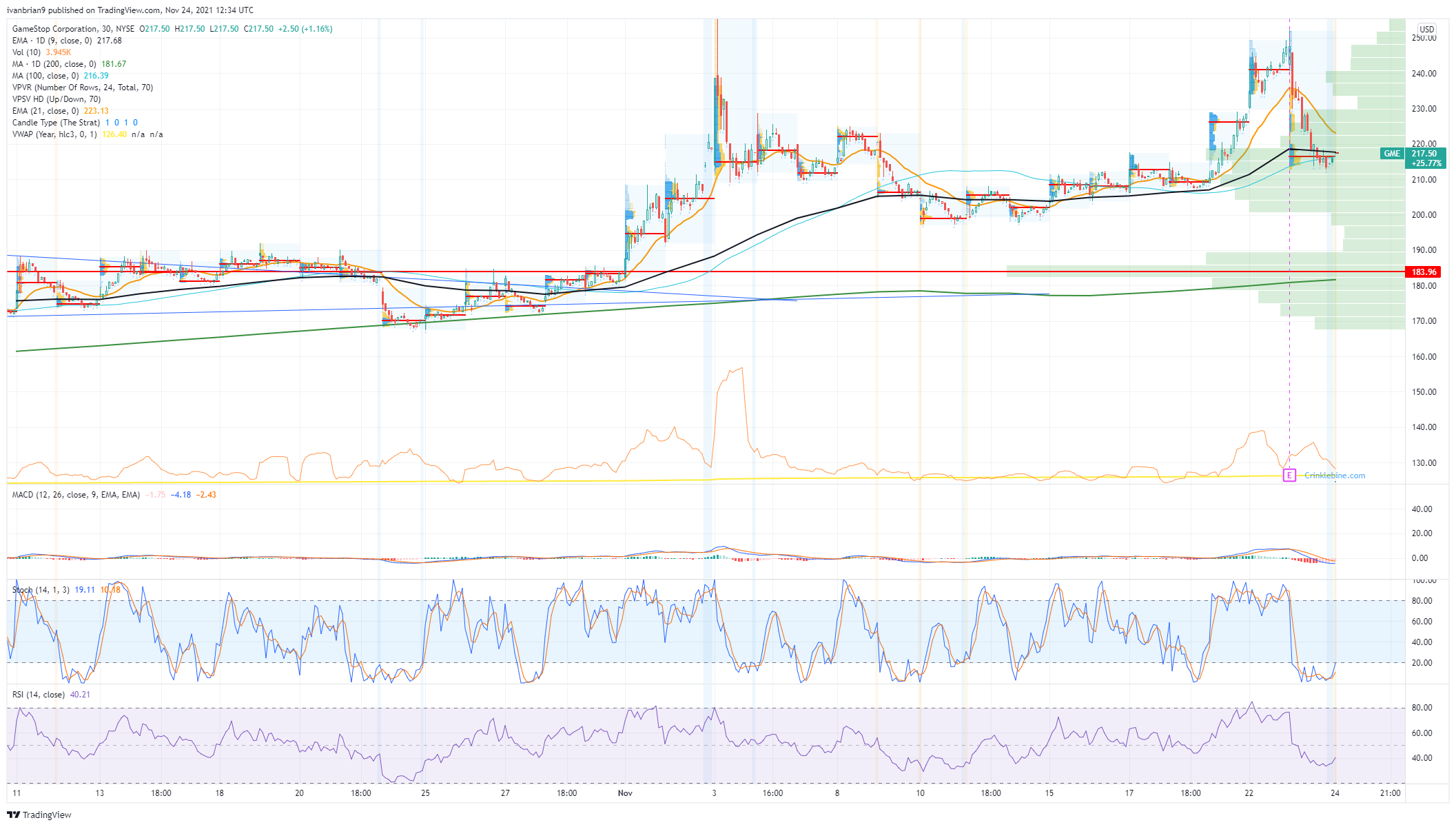 The daily chart shows a possible double top from the most recent two spikes, and we have a matching double top in the stochastics and Relative Strength Index (RSI). Double tops are strong bearish signals. Support remains at $180 from the 200-day moving average. Breaking this double top would give us a target of $350 as it would mean the earlier triangle breakout remains on track. A triangle breakout target is the size of the entry of the triangle, which in this case is $100. Failure though at $250 means the double top is in place, and that is a pretty strong bearish signal in technical analysis terms. The target of the double top holding is $150. 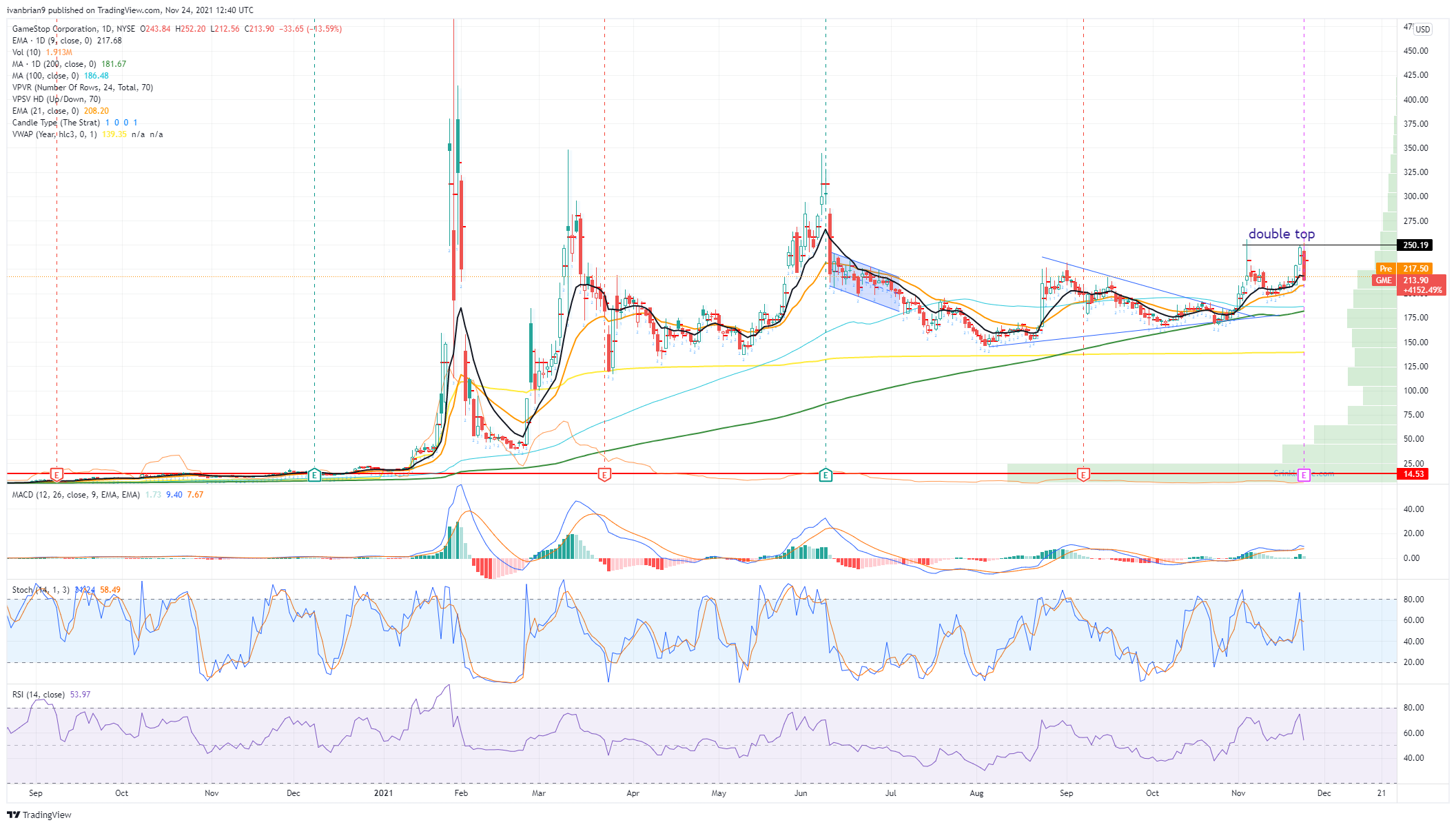