The flight to safety that has been one of the many factors that have been supporting the greenback has been pulled from under the bulls in recent days. After rising in all but two of the last 14 weeks, the dollar index made a 1.6% weekly fall on Friday and the bears have firmed in the opening sessions this week.

Investors had been turning hopeful that loosening lockdowns in China can help global growth and exporters' currencies. Additionally, an unexpectedly big rate cut in China last week has been taken as a signal that authorities are going to provide continued support which has reassured investors.

Meanwhile, domestically, the European Central Bank president said the bank was likely to lift the euro area deposit rate out of the negative territory by the end-September and could raise it further if it saw inflation stabilising at 2%.

''This supports current market pricing for liftoff July 21 with a 25 bp hike, followed by another 25 bp September 8 that results in a zero deposit rate,'' analysts at Brown Brothers Harriman explained.

''Follow-up hikes on October 27 and December 15 are fully priced in that would take the deposit rate to 0.5% by year-end. To be clear, market pricing for the ECB has not shifted after Lagarde’s remarks and yet the euro got another leg higher.  At some point, the subdued ECB outlook should weigh on the euro but for now, the FX market is happy to take the dollar lower.''

On the charts, this has transpired into the potential for more downside in the greenback to follow shortly/ The DXY index has fallen below support at the start of this week: 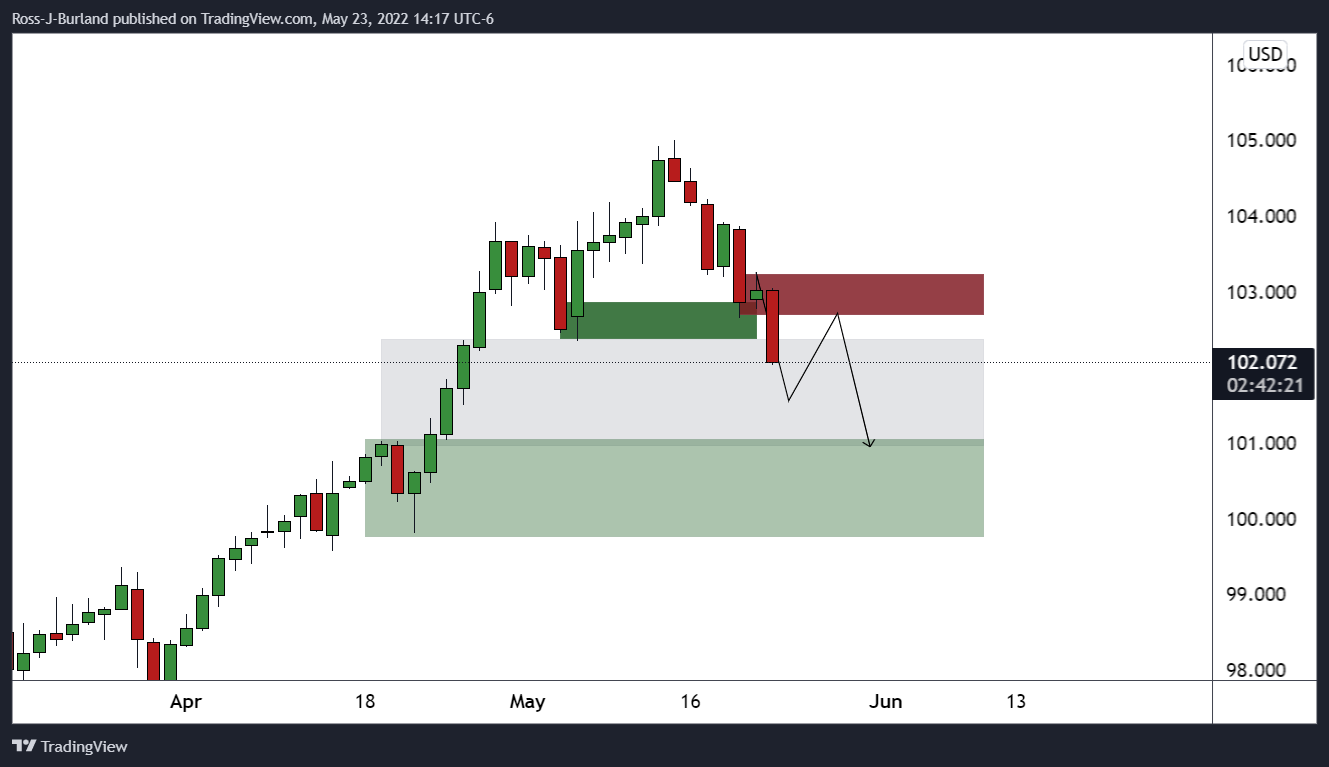 The price is moving into a void of support on the daily chart which could lead to a move lower to test the prior highs near 101.00.

As for the euro, this points to higher highs for the days ahead: 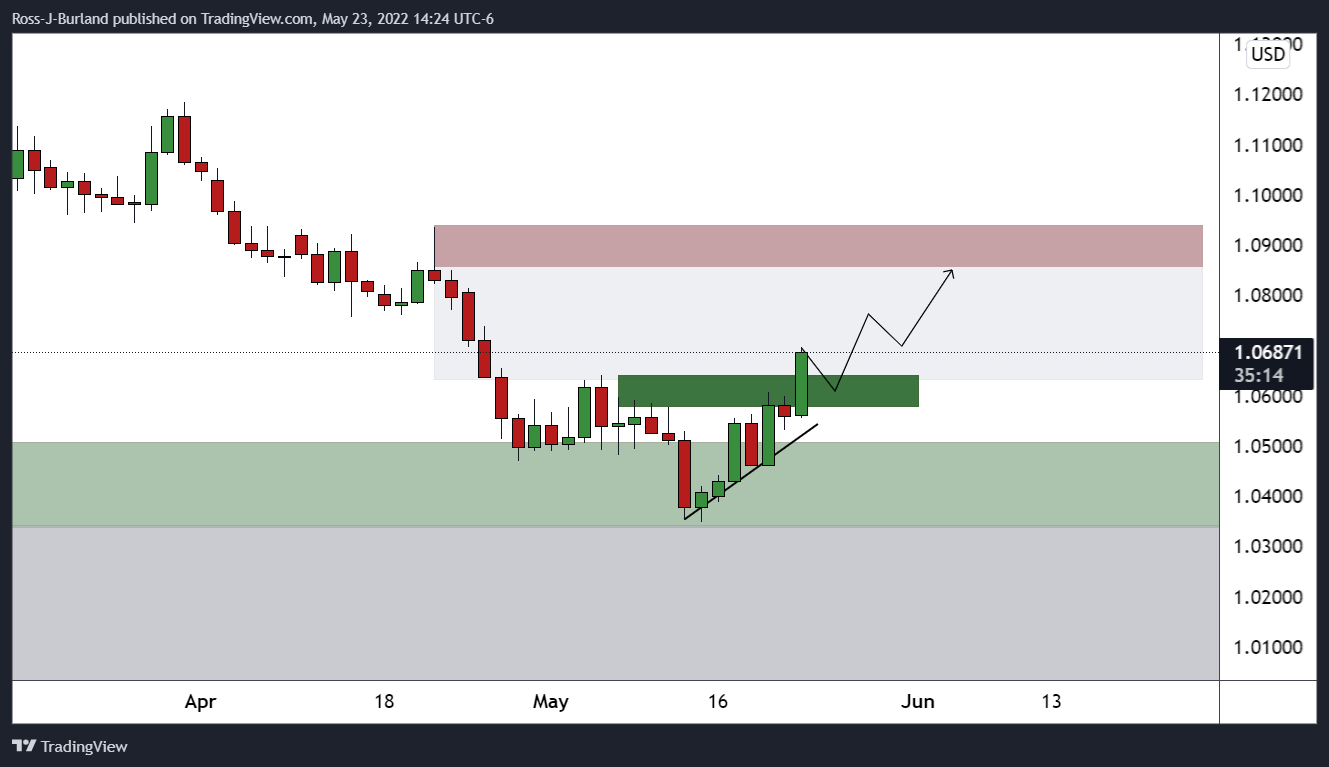