EUR/USD is trading at 1.0166 after a day where the US dollar was little changed against a basket of currencies with key data events ahead including the US Retail Sales and minutes from the Federal Reserve's July meeting on Wednesday.

On the day, there was mixed economic data from the US with better than expected earnings data that led to a rally on Wall Street. US July industrial production data for the US was much stronger than expected rising 0.6% MoM – twice the expected increase. Meanwhile, US housing starts dropped 9.6% in July to 1446k indicating a sharp retrenchment in residential construction.

Investors will now be looking to the release of Federal Reserve minutes following the meeting where the centralbank hiked rates by 75bp for a second consecutive meeting in July, "expeditiously" reaching the milestone of a neutral stance. ''With that under the belt, Chair Powell made clear that the Fed will now abstain from offering forward guidance to the extent they did on their way to "neutral". However, we expect the minutes to offer further colour around the Fed's near-term plans,'' analysts at TD Securities said. Fed funds futures traders are currently pricing in a 60% chance of a 50 basis points increase and a 40% probability of a 75 basis points hike.

The greenback has bounced from a six-week low last week as investors ramp up bets that the Fed will continue to hike rates aggressively as inflation remains persistently high. DXY made a high of 106.943. In other data, US Retail Sales today will also offer new insight into the state of the consumer. It is expected to show that sales rose by 0.1% in July compared with June. 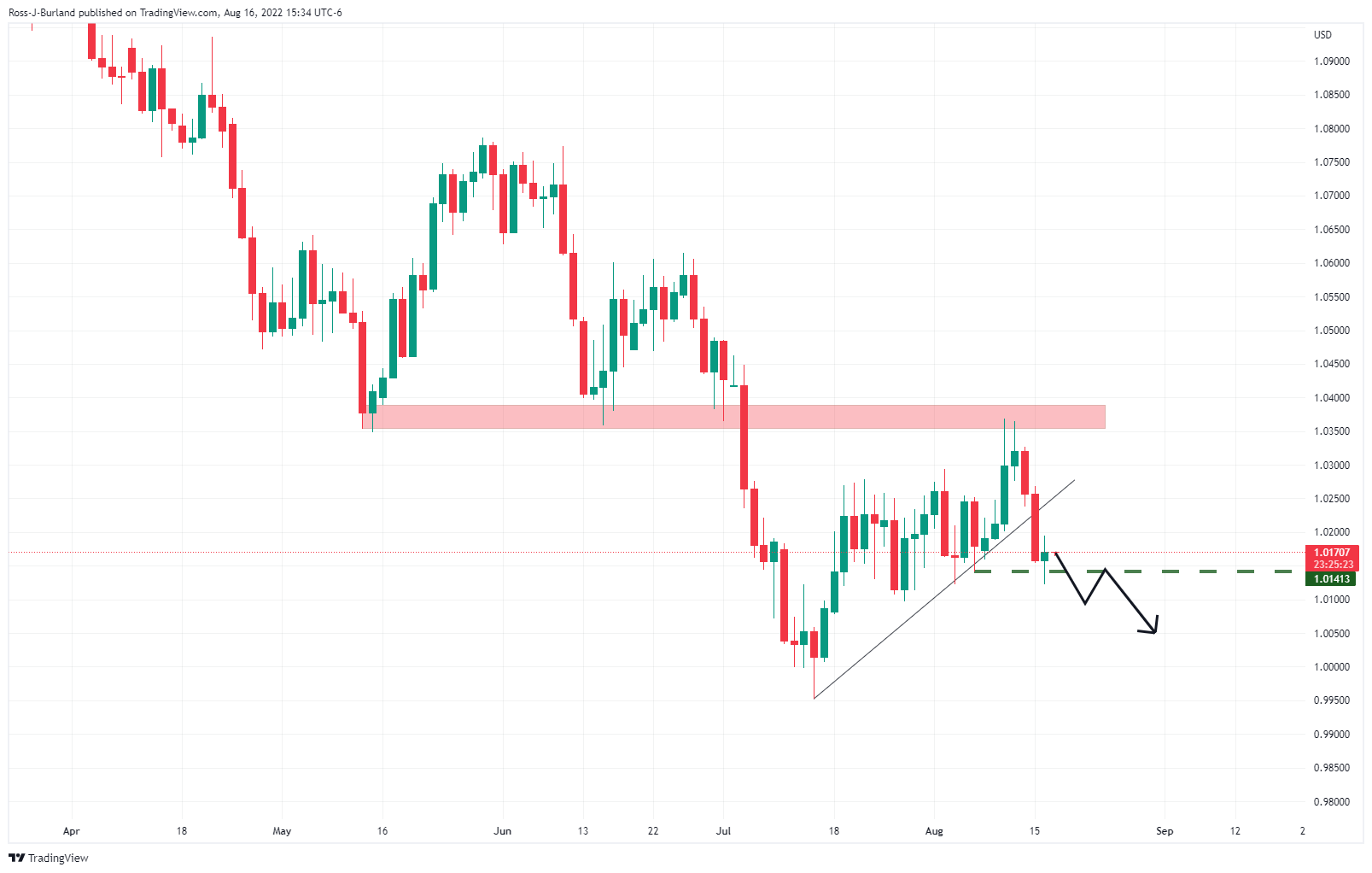 The price is being pressured below the counter trendline and a break of 1.0141 structure will be a significant development that would be expected to open up the downside.