EUR/JPY was one of the watchlists picks for the week in a technical analysis and price projection illustrated in the following article:

Subsequent to the original analysis, the test of the 128 figure and projected price action to the target was documented as follows: 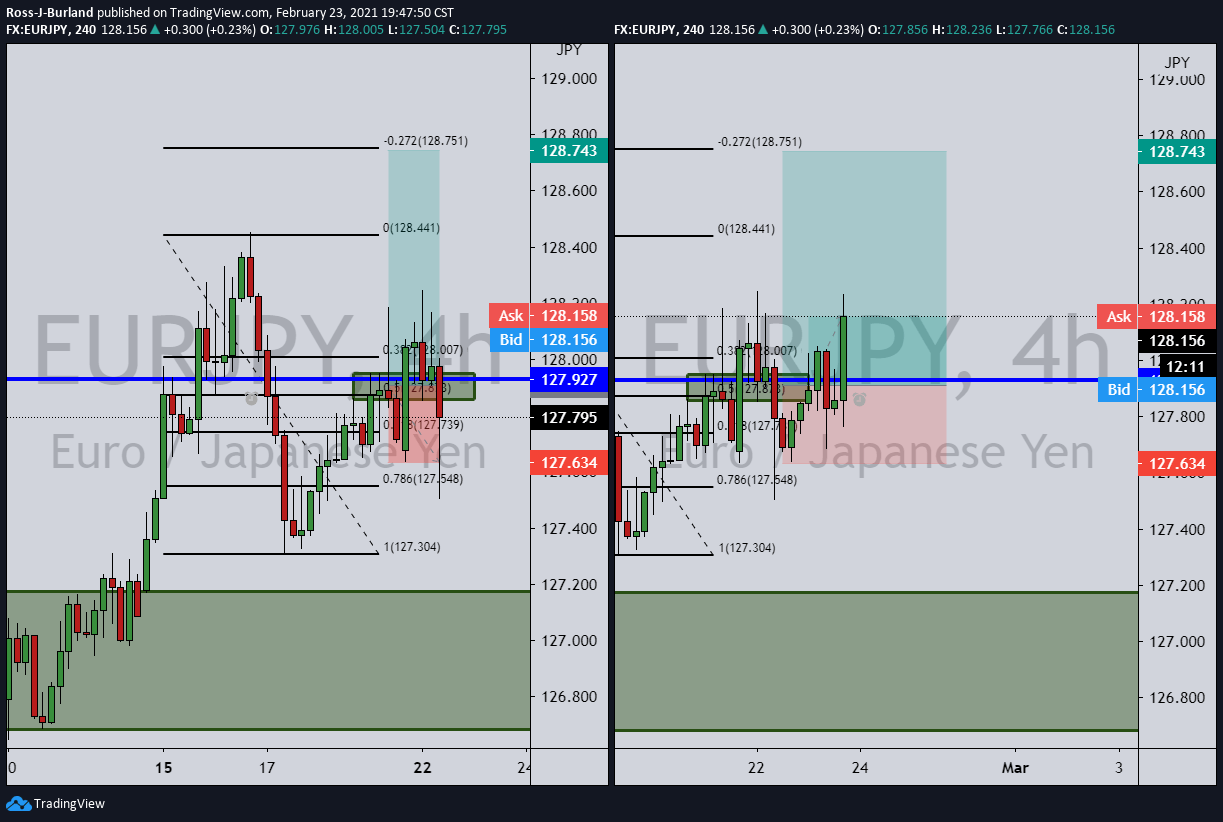 The above chart illustrates attempt 1 (1R loss) and attempts 2, which has now moved above the prior closing highs for a breakeven worst-case scenario by moving the stop loss to the entry point.

One would caution about moving the stop loss any higher considering that the W-formation is a bearish chart pattern and a correction to at least the neckline to test old resistance would now be expected. 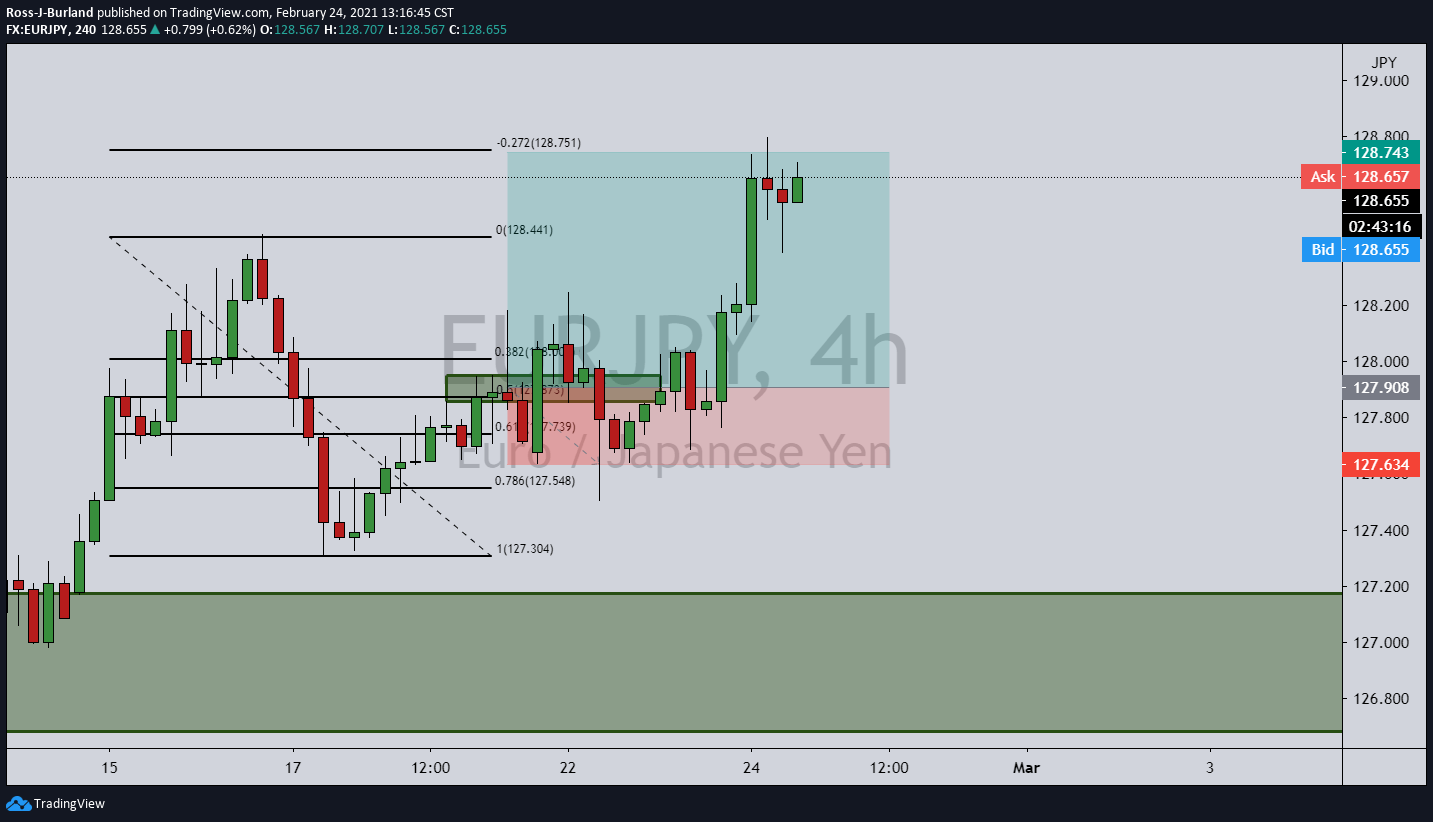 As seen, the price extended to the target and now consolidates.

However, it has since moved back to test a 38.2% Fibonacci retracement at prior resistance and remains in a bullish environment which gives rise to the prospects of an upside continuation: 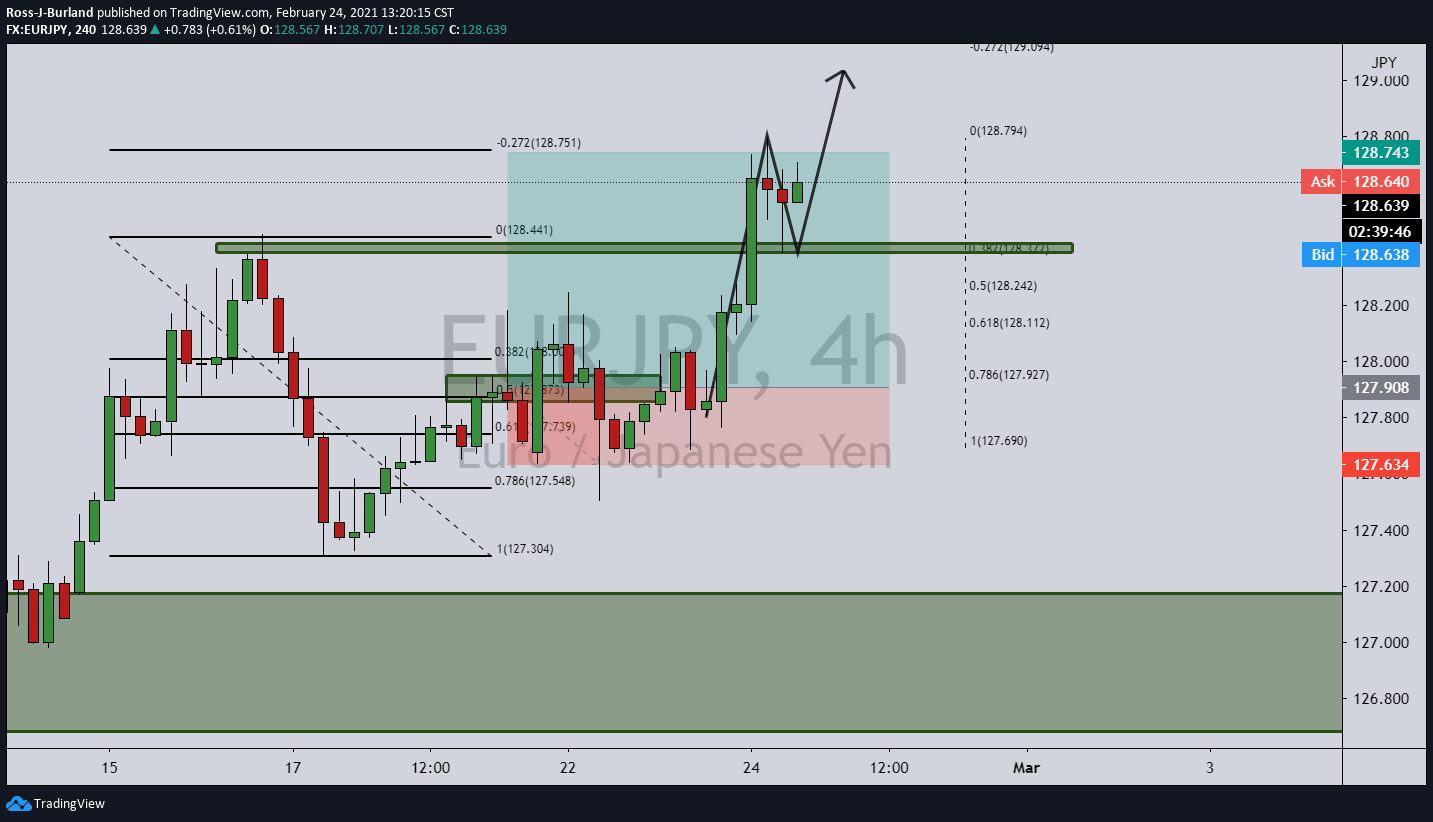 However, the daily chart's bearish M-formation is problematic and hamstrings the prospects of an immediate continuation. 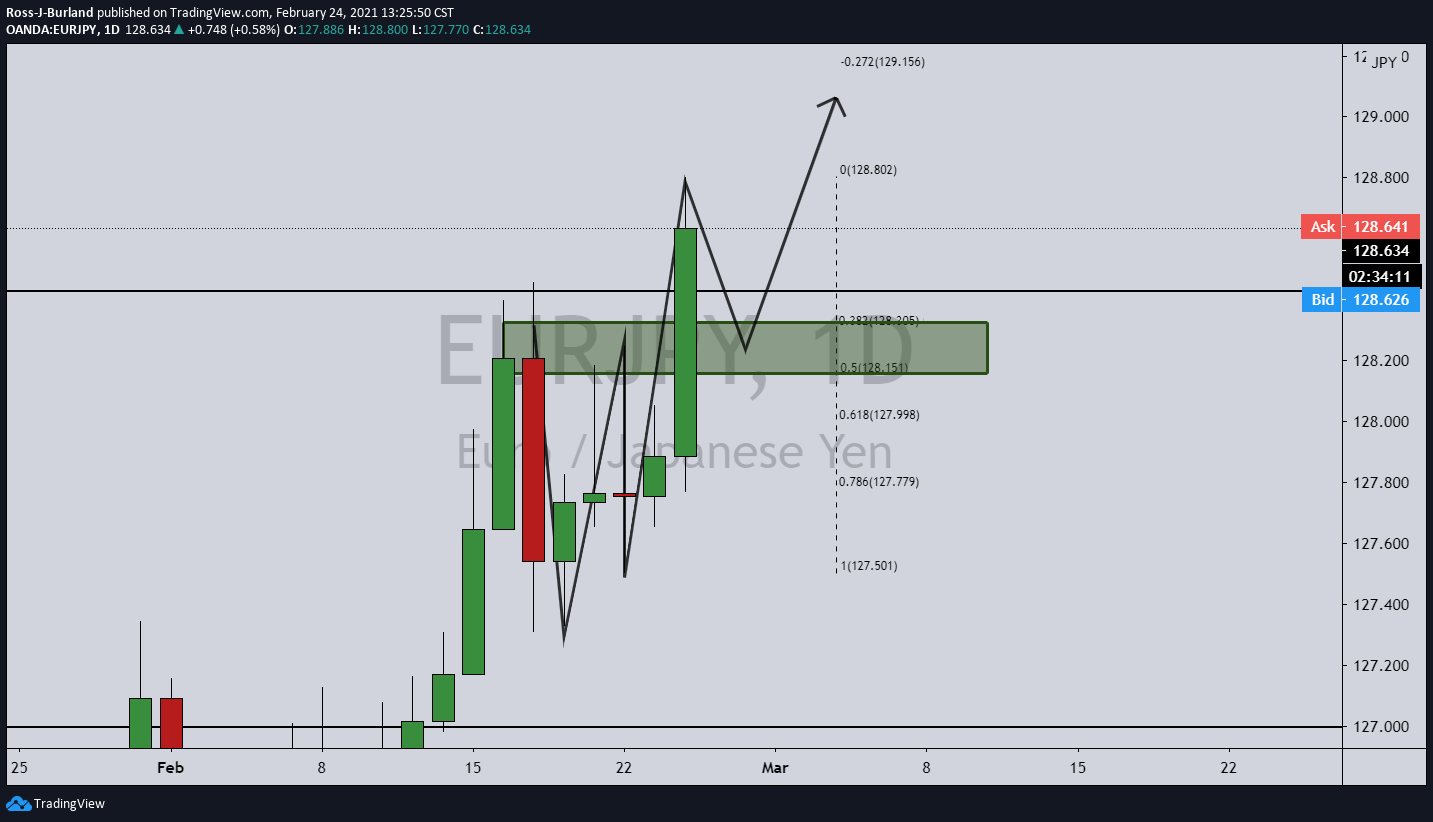 While a continuation is without a doubt possible, a downside correction from a daily perspective is more convincing at this juncture in order to fully test the daily resistance between a 50% mean reversion and the 38.2% Fibo.