The EUR/GBP cuts some weekly losses during the day, up some 0.06%, trading at 0.8411 at the time of writing. On Thursday’s overnight session, the euro gained some ground against the British pound, shrugging off COVID-19 fourth wave Europe woes, while negotiations between the EU and the UK seem stuck regarding Brexit.

The fourth wave of COVID-19 is impacting severely in Europe, with cases rising at record levels. Austria −which reimposed a two-week lockdown−, and Germany who’s started to impose tighter rules amid the country’s worst COVID-19 surge, are studying mandatory vaccines measures throughout both countries. Also, Slovakia, the Czech Republic, Netherlands, and Hungary reported new highs in daily infections as winter approaches Europe.

Talking about Brexit jitters that could weigh on the British pound, a UK government spokesperson said that the UK PM had told the Irish PM that he was concerned about a substantial gap that remained between the UK and EU on the implementation of the Northern Ireland Protocol. Furthermore, the French Fishing Association threatened to take action on Friday, blocking French ports and the Channel tunnel, as the UK has faltered to get what they wanted. That would exacerbate supply chain disruptions that are already plaguing the UK economy.

That said, alongside central bank policy divergence, it seems to favor GBP bulls as the Bank of England prepares to tighten monetary policy conditions. However, Brexit jitters could cap any downside moves on the EUR/GBP pair.

The EUR/GBP daily chart depicts the pair is range-trading between the 0.8370-0.8430 region, failing to break over/under the range. According to the daily moving averages (DMA’s), favors a bearish bias, as the DMA’s reside well above the spot price, with a downward slope, indicating that selling pressure could be mounting.

Further, the candlesticks of Monday and Wednesday left two large wicks on top of the real bodies, suggesting that sellers are under control, despite the strong support found around the 0.8370s area.

In the continuation of the downtrend, the first support would be the November 22 swing low at 0.8380. A breach of the latter would expose the January 2020 swing lows around 0.8281 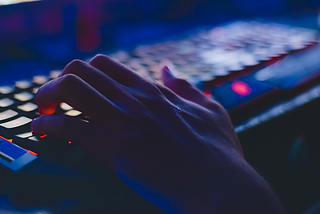