The recent lack of volatility for EUR/GBP is likely to change as the summer moves on.  The reason, Brexit. The UK and EU still look like they have no chance of agreeing on a deal by the end of the transitional phase in December.  Brexit has been pushed aside as coronavirus rages, but the deadline still looms large.

Leaving without a deal is starting to look more and more likely, that benefits neither party but is worse for the UK.  Trying to negotiate trade deals with various countries and trading blocs, themselves dealing with or recovering from the coronavirus outbreak, is not likely to be high on agendas. This will push the UK out into the wilderness trade wise.  A no deal will hurt the EU but not to the same extent.

EUR/GBP had a difficult European session as the BoE put negative rates on the long finger and spoke in less negative terms on economic outlook.  It however made little mention of Brexit.  The pound immediately went on the rally, with EUR/GBP trading down to 0.8984.  Sterling held onto gains versus the dollar but tellingly not versus the euro. The pair is currently trading at the 0.9025, down 0.11% on the day.

Next week sees UK GDP released on August 12th along with UK trade data, the same data for the EU comes out Friday, August 14th.

Technically, EUR/GBP is a bit range bound and needs something to happen, next week’s data from both sides should help.  There is some nice resistance just below 0.92 with 0.9175 the high from June and 0.9184 being the 61.8% Fibonacci retracement from the March high to May low.  Above this there isn’t a whole lot until 0.9499 multi-year high from March 19th.

EUR/USD has bounced off 1.17 as hopes for a new fiscal stimulus deal have risen. Earlier, US pending home sales and ADP Non-Farm Payrolls beat estimates. The chaotic US presidential debate weighed on sentiment beforehand.

GBP/USD is trading around 1.29, up from the lows. The safe-haven dollar is falling amid fresh hopes for a fiscal stimulus deal. Concerns about Brexit and the British coronavirus situation weighed on the pound earlier.

Gold reversed an intraday dip to 100-hour EMA, around the $1882-81 region. Mixed oscillators on hourly/daily charts warrant some caution for bullish traders. Any further move up might be seen as a selling opportunity amid stronger USD.

Presidential Debate: Stocks set to suffer on Trump's refusal to accept the results 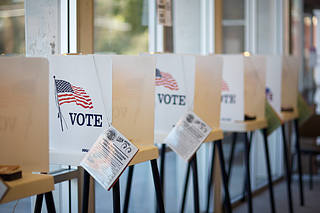 President Trump and rival Biden clashed in a chaotic shouting match. Biden's initial lack of sharpness may boost tighten the elections. Trump's refusal to accept the result and embrace of white supremacists increase the chance of violence.

WTI clinches daily highs near $39.50 ahead of EIA

Prices of the barrel of the American benchmark for the sweet light crude oil are partially fading Tuesday’s pullback and manage to regain the $39.50 region ahead of key supply data.