Sir Jeffrey Donaldson earlier this week, when speaking after a virtual meeting with European Commission Vice-President Maros Šefčovič, said both the UK government and the EU must re-negotiate the Brexit deal because the Northern Ireland Protocol has not worked.

"My message was simple. The protocol has not worked," he said.

The Times is running a rehash of the theme:

''Northern Ireland ministers will unilaterally suspend checks on goods crossing into the province from Britain if the prime minister signs up to an “unacceptable” new Brexit deal, the leader of the DUP has warned.''

''Sir Jeffrey Donaldson told The Times yesterday in his first newspaper interview since being elected head of the largest unionist party in Northern Ireland that the DUP was “not going to be in the business” of implementing the protocol if it continued to damage the province’s relationship with Britain.''

EUR/USD picks up bids to 1.1775, consolidating the pullback from 100-SMA, during Friday’s Asian session. In doing so, the major currency pair bounces off a short-term support line inside a one-month-old falling wedge bullish chart pattern on the four-hour (4H) play.

GBP/USD holds onto 200-DMA breakout around 1.3765 amid a quiet start to Friday’s Asian session. The cable pair’s recovery moves from 61.8% Fibonacci retracement (Fibo.) of December 2020 to June 2021 upside manages to cross the key SMA and 50% Fibo. hurdle, keeping the buyers hopeful.

XAU/USD consolidates above $1,800 as sellers fail to retain control

ETH price got a positive lift in the recovery of the global market. BTC and other major cryptocurrencies were back in the news after attention from Musk, Dorsey. Some short-term profit taking is taking effect, but more upside is yet to come. 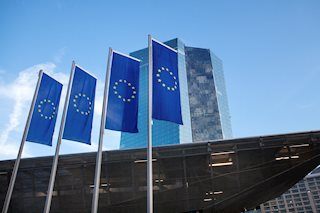 The ECB meeting has helped investors maintain an optimistic outlook, but the FTSE 100 has struggled thanks to losses for oil and mining names.