The new monthly Consumer Price Index report for Australia has been released.

Its coverage is only partial, so there is less weight given to the data in markets that await the quarterly report as the benchmark for the Reserve Bank of Australia

The data arrived as follows:

Westpac looks for quarterly inflation to peak at 8.1% in Q4.

The Aussie has stuck to being flat for the day around 0.6685. 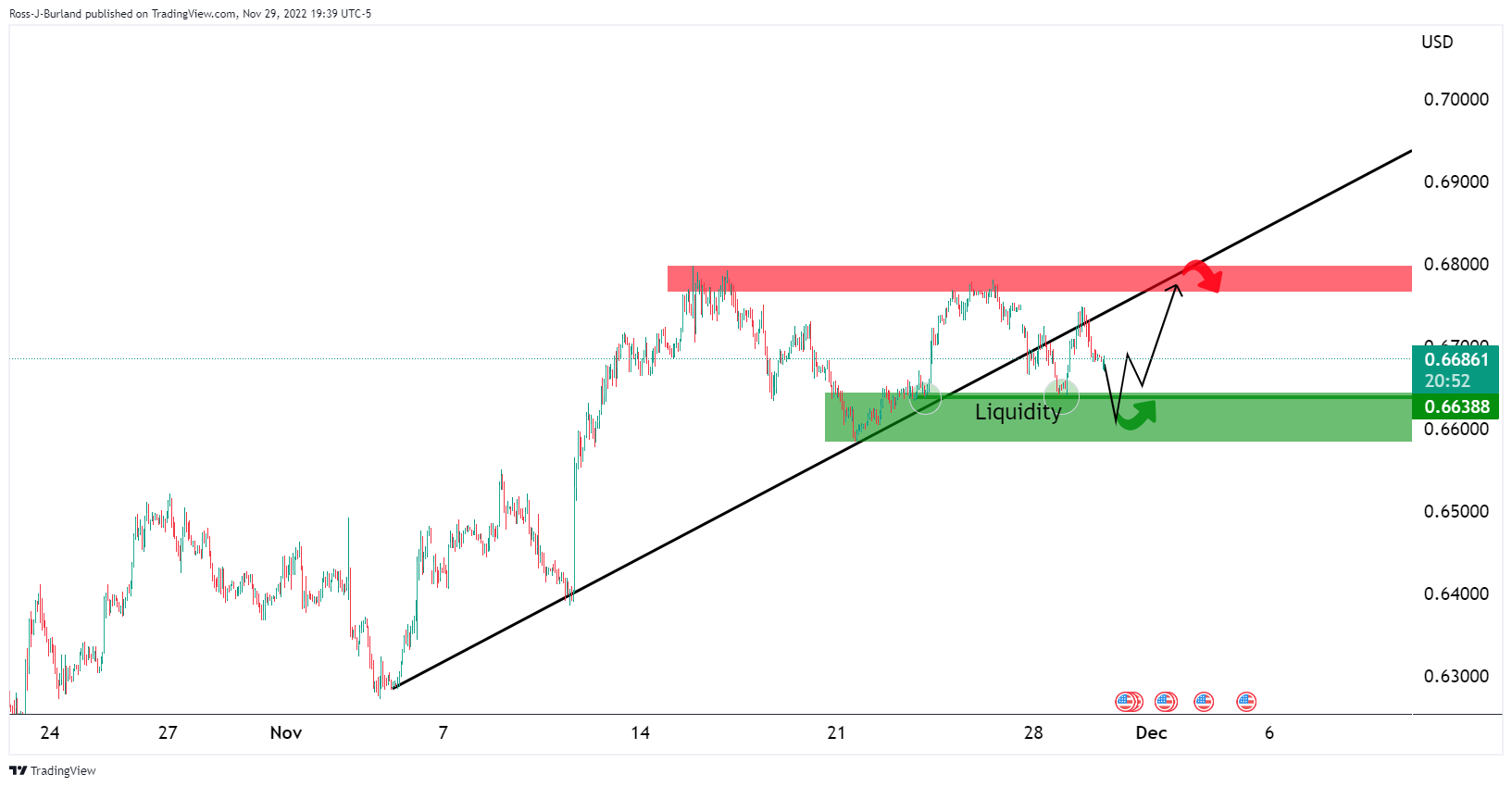 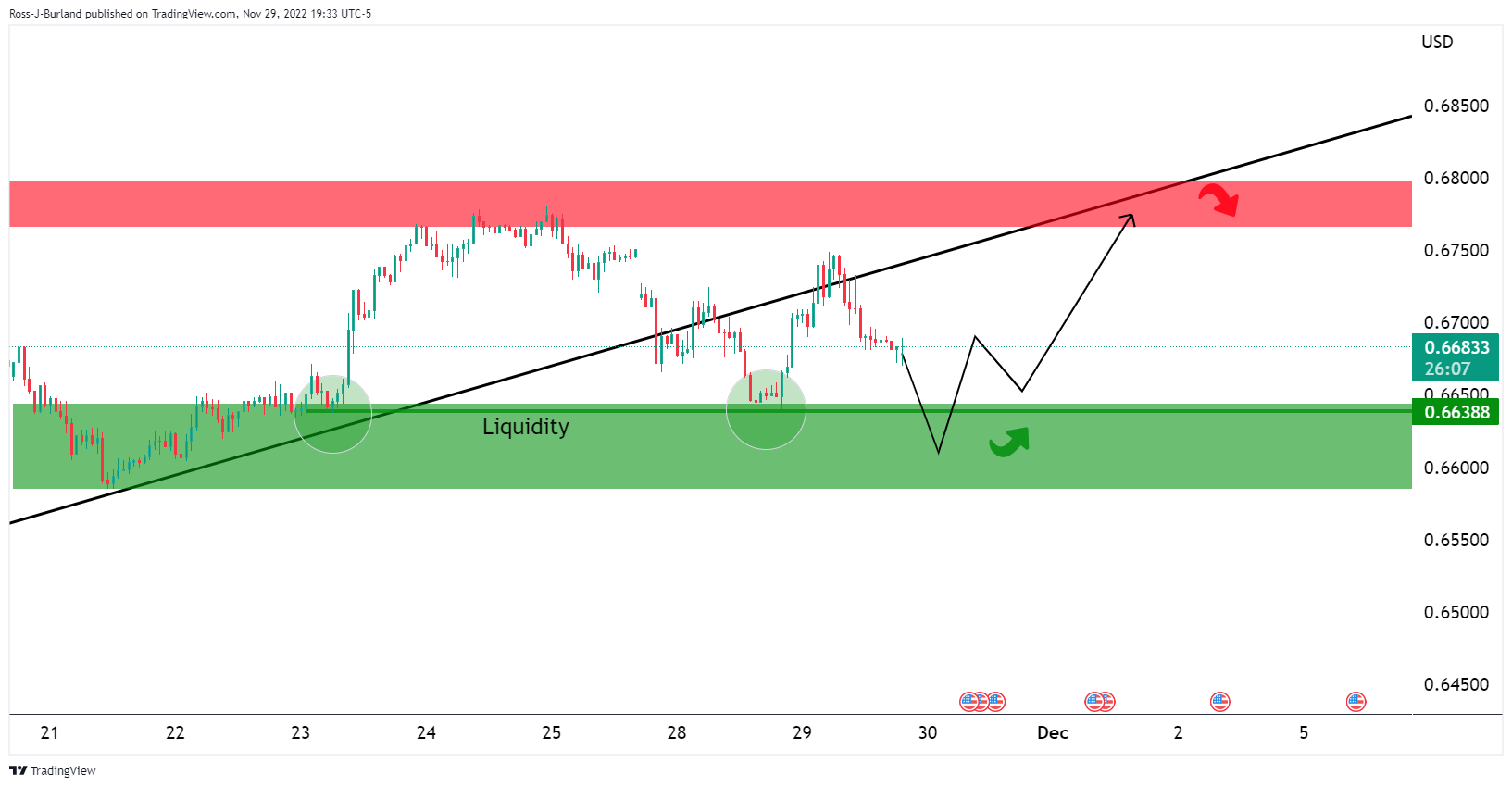 However, the price is on the backside of the trend so there could be a phase of distribution to play out over the coming days between a wide 0.6800/ 0.6600 range for the parameters hold. While there is liquidity on either side of the range, the downside bias is in play while below 0.6700 resistance: 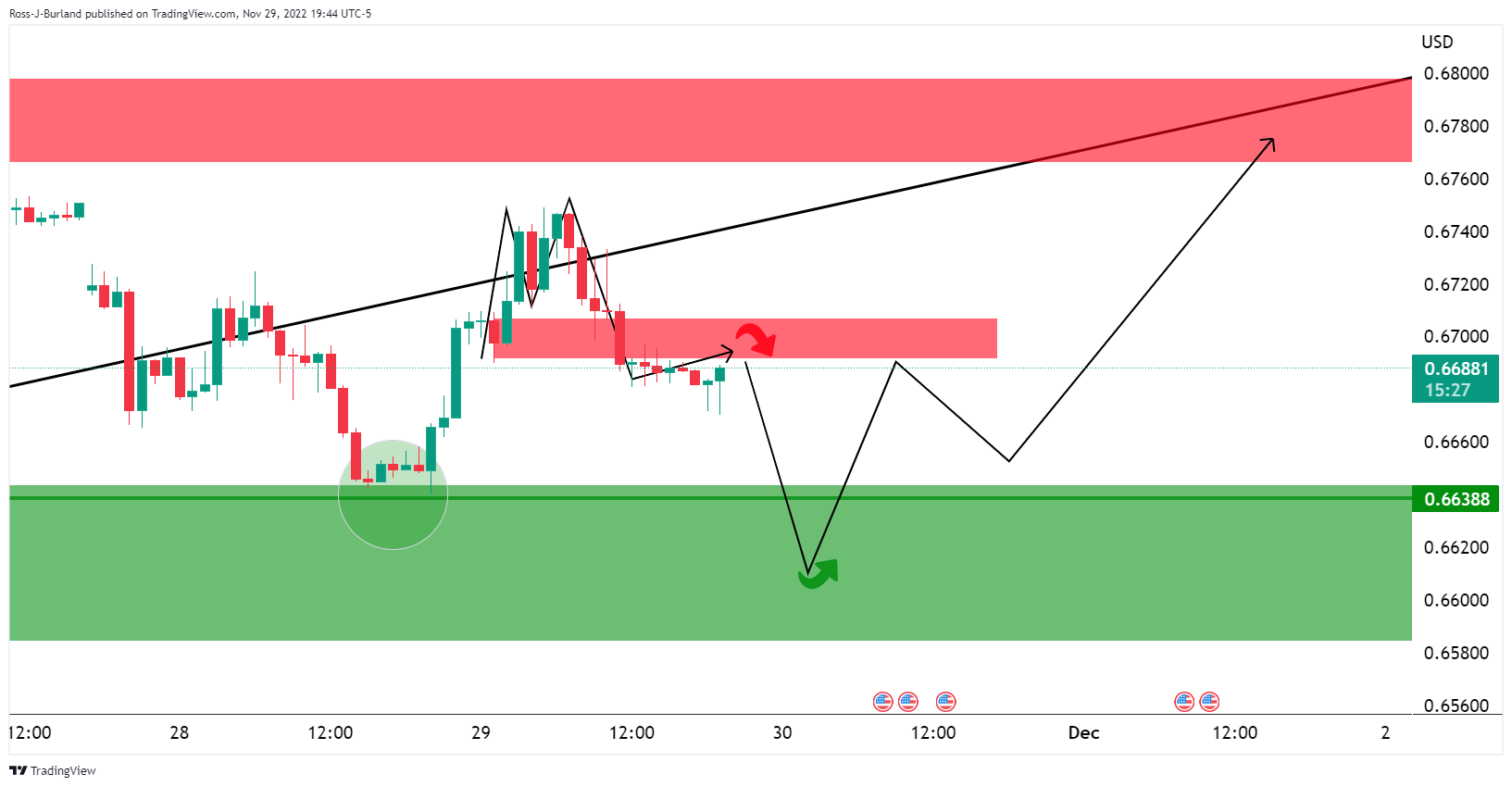 Meanwhile, the National Australia Bank updated on their latest outlook for the Reserve Bank of Australia:

We expect the (monthly CPI) data to further solidify the need for the RBA to continue hiking in the near term and see the RBA hiking rates by 25 bps in December, February, and March to 3.60%.

Thereafter the key for the RBA outlook is whether wages growth remains consistent with a return of inflation to target as we assume – Governor Lowe has previously cited WPI wages growth of around 3½-4.0% as being consistent assuming a 1% productivity assumption.

In the coming months, the market services components of CPI will be watched closely given its sensitivity to wage outcomes and the tendency for services inflation to be stickier than for goods.