Apple (AAPL) gyrated wildly after the Fed interest rate decision on Wednesday, in line with virtually every other stock. Initially, the reaction was negative with stocks moving sharply lower as bond yields moved much higher. A more dovish start to the press conference, however, saw a massive intraday swing with the Nasdaq surging over 2%. Reality soon dawned though that higher rates for longer cannot be positive for stocks. The market sold off aggressively in the close, and Apple moved from $158.70 to $153.01 in the space of about 90 minutes.

The only hope for Apple to continue its outperformance is some strong data from the recent iPhone 14 release. Initial reports are positive with Wedbush, in particular, noting strong guidance for higher-priced models translating to higher margins. We should note that Wedbush has long been bullish on Apple but has largely been vindicated.

As expected carriers are using the latest launch to battle for market share. This is a familiar feature of iPhone launches. Telecoms need customers and what better way than to offer discounts or even free iPhone models on some plans. Bank of America highlighted this again in a note to clients this week. The upcoming holiday season may also help to sustain Apple's sales, but the longer-term outlook is more clouded. Macro headwinds should eventually lead to a demand fall. Already we are seeing many operators offer payment plans as customers are not paying upfront. Eventually, that will lead to a decline in sales in the longer term.

Apple is rangebound and looking for a breakout. The obvious question is which direction that breakout will take. Apple is probably already overly expensive given it is down 15% year to date while the stock market is down approximately 20%. This outperformance is justified by its massive free cash flow, cash pile and captive product line.

The iPhone 14 will be a short-term catalyst, but the longer-term prognosis is less bullish. Technically, Apple holding above $150 set it up for an attack on the $164 high. $150 is the pivot point. A break of $150 will trigger an accelerated move to $138 and then a reassessment before a likely test of yearly lows at $129.04. 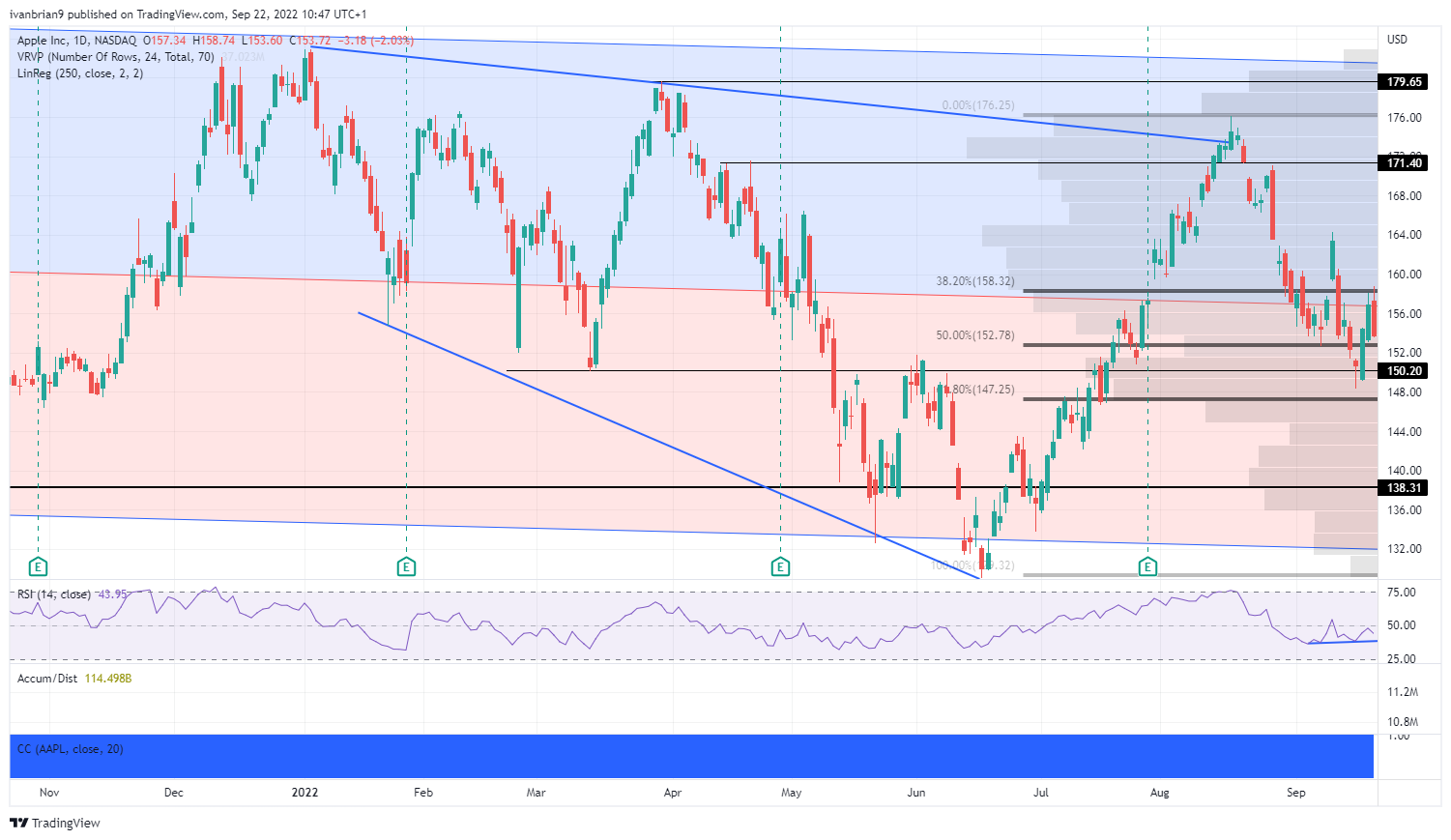