Apple stock continues to trade in a largely sideways range ahead of the big earnings report next week. While the shares have had a powerful run for much of the second half of June and into July it now looks as if the momentum is beginning to wane. Yesterday we cautioned on Apple and commented on the lack of momentum now evident ahead of the earnings release next week. Nothing it seems has changed and yesterday's price action merely confirms our thesis.

The move to record highs had been fueled by relative underperformance versus other big tech FAANG stocks and by a turnaround in the Nasdaq as yields dumped and inflation fears melted away. Apple had seen Facebook (FB), AMZN, and Alphabet (GOOGL) make new highs while it had lagged behind. Eventually, it roused and pushed through the old all-time highs at $145.09 to just about hit $150.

Ok so FXStreet called the bounce on Tuesday after the drubbing on Monday and then yesterday called for caution. Can we get three in a row? It appears caution is still the main dominant theme ahead of results next week and we cannot see this changing. So there is no strong prediction to be made.

1. A gap had been created from Friday to Monday that has now been filled.

2. The Moving Average Convergence Divergence (MACD) indicator remains poised to cross into bearish territory, so keep a close eye on this.

3. Earnings next week mean the direction will be choppy until then.

These remain in play. Apple stock is sitting right on its 9-day moving average indicating indecision in the short term while the MACD still looks poised to crossover. 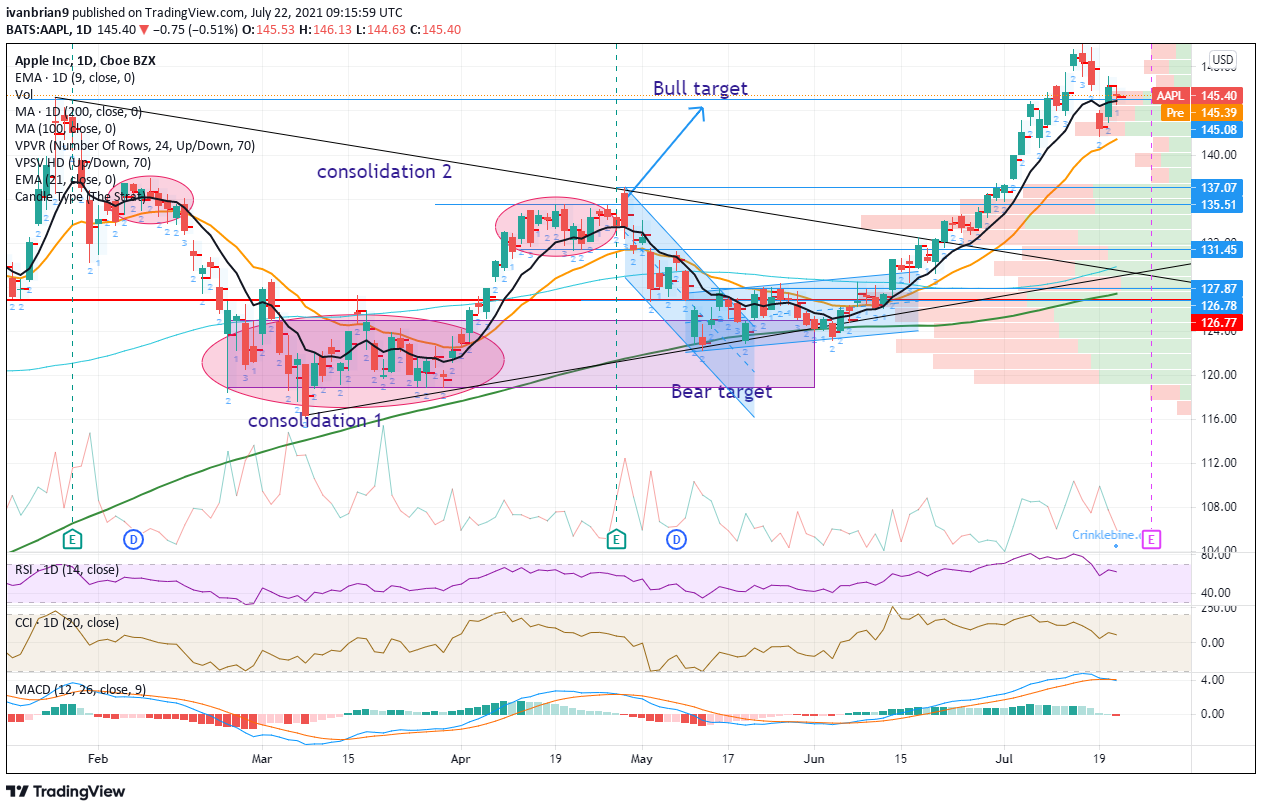