Like all things in life, the trade begins in the mind of the trader.  Nothing exists outside of nature that didn’t begin as a thought.  In other words, every-thing began as a thought first…every building, invention, device or concept started in someone’s mind. Additionally, virtually everything that you have become also began as a thought due to the choices that you have made and your experiences in life.  So, let’s face it, thoughts are some of the most powerful things in the Universe.

Yes, thoughts are things; and as such thoughts are also manifestations of energy.  Isn’t it interesting that energy, which is at the core of all universal expressions, is also a huge part of trade fundamentals.  Since thoughts are things and energy, it follows that thoughts are not only present at every stage of the trade, but if you don’t manage them they will be your undoing.  One of my definitions of trading is that it is Effective Energy Management.  Not just in the obvious sense of how you feel at any given moment but, in a more nuanced fashion, it is critically important that you manage the energy that are your thoughts.  Thoughts are comprised of conscious and unconscious verbalizations, beliefs, biases, values, attitudes and images or mind movies. 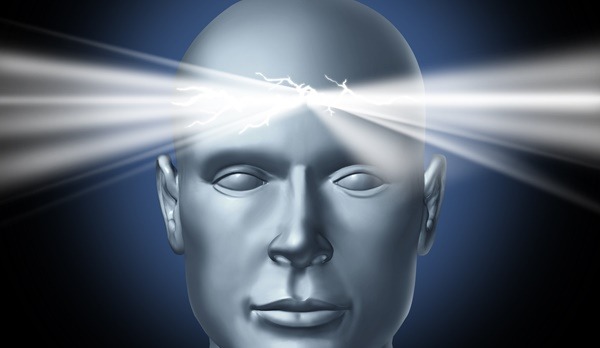 Thoughts are also very powerful.  As transducers of energy thoughts are what create, determine, prompt and inspire emotions which are key to any endeavor.   This is crucial. Emotions are also manifestations of energy.  Think about it, every rule violation that you have probably ever committed was driven by an emotion…a very uncomfortable feeling (pain) that you wanted to alleviate, such as fear, anxiety, worry, doubt or anger.

Why did you want to do away with the pain? Humans are motivated by the Pleasure Principle.  In other words, humans are strongly attracted to pleasure and deeply avoidant of pain.  As such, when you identified that your trade was about to implode, like the price action moving toward your stop causing a good trade to be a loser and you felt the urge to move the stop, you were actually embarking on that behavior to ease the pain and discomfort and not to avoid the loss which is what you’re telling yourself.

Yes, loss is associated with the bad behavior but even though it may be difficult to imagine, the real reason that you moved the stop is due to the desire to avoid the pain.  If this weren’t true, then your primary objective, which was to make a profit and keep from losing, would motivate you to allow the stop to remain in place to protect your capital. In this instance, maintaining the stop becomes the most important thing for you to do in the trade.  What many traders do in this situation is misinterpret taking a small loss as being the same as taking a large loss, which is the most likely thing to happen after you have moved the stop, increased your risk and consequentially put your trade in jeopardy of losing more money than you had planned for or wanted.  This is a very nuanced but critically important trading paradigm that you must learn and master if you are to become a consistently successful trader.

Another critical factor in the mix of thinking and emotion is what happens when your internal state (for example the state of anxiety or fear) starts to drive or pressure what you decide to do.  In other words, with what we saw in the above; the trader succumbs to an urge and moves the stop in order ostensibly to reduce the pain thereby initiating the underpinning of a default behavior.  This is an example of an emerging pattern of thinking feeling and doing.

Negative emerging patterns make up the lion’s share of rule violations.  They are habits or unconsciously incompetent learned limitations that the trader feels compelled to follow… even though it is antithetical to your objectives, goals and desired results.  See, the bottom line is for you as a trader to make the necessary paradigmatic adjustments in your conceptual framework of what constitutes a trade, so that you act differently because of seeing things differently.  The results that you experience are direct outcomes of how you define your follow-through or lack thereof. That definition or paradigm… for instance, I do not emotionally invest in the outcome of a trade.  It doesn’t matter to me what happens in the end of this trade because I am focused totally on my process and I am a carefree trader who embraces small losses because small losses are the cost of doing business and every small loss gets me closer to a big win… causes you to change the meaning of both losses and the intentional aim to detach emotions from the outcome.

You must detach emotions from the outcome because in any particular trade it is not at all about focusing on a profit…it is about fiercely focusing on what-matters-most in the trade and that is your process.  Nothing is more important than your process, and when you define your trade as such you are both becoming deliberate and designing how you show up.  That’s why the T + E + B = R formula (Thoughts + Emotions + Behaviors = Results) is one of the most enduring, pervasive and essential aspects in your internal mental construct of the trade. It is where the trade begins and how trade problems are solved.

This is what we teach in the Mastering the Mental Game online and on-location course.  Ask your Online Trading Academy representative for more information.  Also, get my book From Pain to Profit: Secrets of the Peak Performance Trader.

Read the original article here - T-E-B: Where the Trade Begins and Ends

USD/JPY witnessed some selling on Wednesday amid the heavily offered tone surrounding the USD. The upbeat market mood undermined the safe-haven Japanese yen and helped limit deeper losses. Investors now look forward to the US ADP report and ISM Non-Manufacturing PMI for some impetus.

USD/JPY witnessed some selling on Wednesday amid the heavily offered tone surrounding the USD. The upbeat market mood undermined the safe-haven Japanese yen and helped limit deeper losses. Investors now look forward to the US ADP report and ISM Non-Manufacturing PMI for some impetus.