Firstly the point of measuring a Fibonacci extension is to get the area pinpointed that an Elliott Wave correction will move against the trend so an entry position into the market can be taken. The conventional thought is that the market will trend in impulses of 5, 9, & 13 swings as well as the corrections against the trend move in 3, 7 or 11 swings. The only exception to that is a stand alone triangle which is five sideways three swing cycles. All things considered, I think you will see how these measurements are very simple and easy to do. 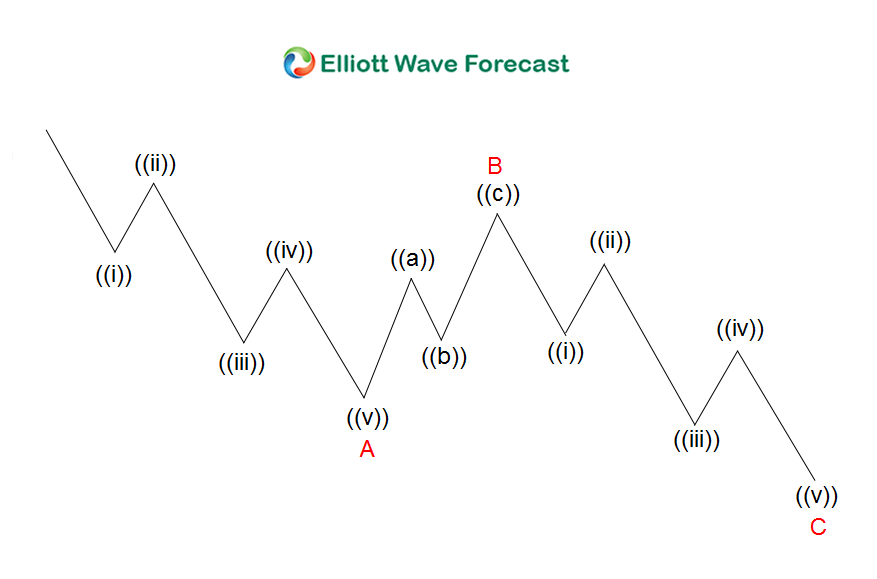 Secondly you will need a Fibonacci extension tool on your chart platform. Go to the settings where you can adjust the measurement levels. Set it to show you the 61.8%, 100.%, 123.6% & the 161.8%. Referencing the zigzag shown in the image above. This structure will subdivide (5-3-5). Wave A and C is 5 waves, either an impulse or diagonal. In addition the wave B can be any corrective structure. This works the same way in any time frame.

On this chart, point 1 will be at the beginning upper left side. Presume a bullish cycle ended there. Go from there down to the wave A low as point 2. From there the point 3 will be at the top of the wave B. This will give the projected Fibonacci extension area for the wave C which usually will be the 100.% to 123.6% of the wave A. If the proposed wave C reaches to or past the 161.8% Fibonacci extension, that gives concern something bigger is going on. It may be the third wave of an impulse and a possible trend change.

In conclusion the reason I previously mentioned the 161.8% extension is that we generally suspect we are looking at an Elliott Wave wave three when & if that extension is reached or surpassed. In the final analysis we don’t normally label a conventional impulse 12345 unless the 3rd wave is 161.8% of the wave 1.

Interested in active FX or CRYPTO Elliott Wave labeled charts on a daily basis? Now it's your time; we have a SPECIAL offer; 50% Off on FX and Crypto markets. Check Elliott Wave Forecast website for more details.