Inflation is an important determinant of exchange rates, a topic we have elaborated upon in the past. Of critical importance though is forecasting this rate of price change. As also discussed in earlier posts, the market is a huge discounting mechanism, meaning that any new information regarding economic activity, either quantitative such as data releases or qualitative such as central bank comments, will be immediately incorporated into the FX rate.

Understanding the above means that it is important to understand when consensus forecasts, which average the market’s overall assessment, are either over- or under-stated. To see why this holds, let’s first examine why consensus forecasts represent the average market response. First of all, consensus forecasts are simply the average forecast across many analysts, giving the forecast a broader view. This means that, if the people who receive those forecasts act on them, then the price in the market will necessarily reflect what the analysts have predicted. If consensus is wrong, however, i.e. if data “surprise” the markets, then the price can move fast depending on the direction of the surprise.

That said, in order to be able to forecast inflation, we need to understand the fundamental factors which affect it, as elaborated in this post. To begin with, one must remember that two types of inflation rates are published: the overall rate, and the “core” inflation rate, which excludes fuel and food prices as they are notoriously volatile. While most attention is offered to core inflation, both are quite important measures. As also elaborated previously, core inflation can be viewed as a proxy of production, as the higher their prices the higher the implied demand would have to be in order to sustain them. As such, prices, in the case of the core inflation, are also quite representative of the demand in a country, serving as a proxy for GDP growth as well.

According to Eurostat, non-energy industrial goods (26.3%) and services (44.5%) take up the biggest piece of the pie while energy takes up a weight of 10.1% and food assumes a 19% weight. To forecast CPI, we have to rely on existing, published, data. At the moment, the only available data which relate to the state of services and manufacturing are the PMIs. According to the latest release, the Services PMIs declined by 7.8% y/y compared to an 11.8% y/y decline in January. In contrast the Manufacturing PMI declined by 15.3% y/y in January and 15.7% y/y in February. Given that the PMIs are just survey results and not easy to interpret in a CPI setting, it is easier if we just use their change. Thus, Services would improve by 4% (11.8-7.8), while Manufacturing would decline by 0.4%. Weighting them would suggest that Services would increase CPI by 1.6%, and Manufacturing should decrease CPI by 0.1%, a collective impact of 1.5%, which stands as a proxy for overall CPI.*

The reason that this accounts as a proxy for overall and not just core CPI is to avoid double counting. PMIs also take into consideration the level of fuel and food costs and thus including these categories again would equal to over-accounting for their effect. Returning to the core CPI, one has to estimate the effect from the two components, food and energy.

While estimating the effect from energy prices used to be relatively simple, as the world was only dependent on oil prices, things have changed: a larger mix of fuel is currently at stake, including natural gas, solar, wind, and hydro. In addition, changes in the overall tax rates as well as the precise time during which wholesalers purchase their inventories also has a large effect on the final retail price. Furthermore, forecasting food prices, whose weight is larger than energy’s, is even more difficult as one would have to rely on assumptions: in the past month, coffee prices have been declining as sugar prices have been slightly increasing, making inference extremely difficult.

Overall, the message of this post is that observing PMIs, even in the absence of any other data releases, can still be very important when it comes to gauging inflation. A simple strategy, such as the one described above, can provide an insight as to how inflation is expected to move in the present month.

*Despite its overall simplicity, and the fact that we are using m/m changes to account for y/y changes, this approach also provided a good approximation of inflation in January 2019. 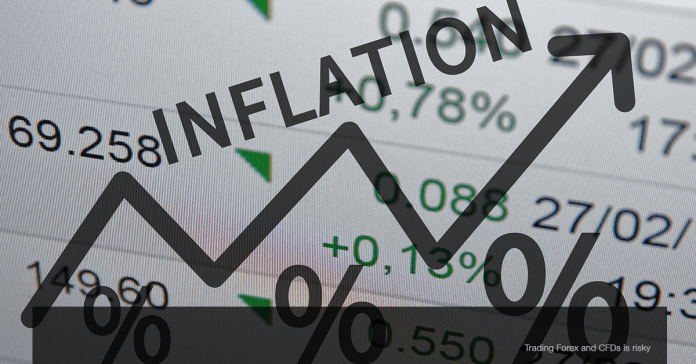