XRP is having a rough 2021. Ripple got sued by the SEC and now, the platform has been targeted again by another lawsuit, this time from Florida for the same reason. XRP is down more than 60% since its peak in 2020 at $0.78.

Ripple faces yet another lawsuit for illegal sales

The latest class-action lawsuit states that Ripple sold illegal securities (XRP) to Florida investors, citing the recent lawsuit from the SEC. According to the document, the defendants did not provide Florida investors with the required information regarding XRP.

Defendants began their unregistered and unlawful sale of XRP in 2013, despite having knowledge as early as 2012 that XRP could be considered an “investment contract” under federal and, by extension, Florida law. Nevertheless, Defendants chose to disregard filing requirements and initiated a vast offering of XRP without registration. Further, Defendants made affirmative representations to the investing public that XRP is not a security when in fact it is.

The Plaintiff is Tyler Toomey, a citizen of Florida, who purchased 135 XRP on November 24, 2020, for $97.8. Toomey had to sell some of his holdings at a loss after XRP price plummeted. Despite the small investment, the class action complaint is perfectly valid and could result in a jury trial, seeking injunctive relief.

XRP broke bearish from a descending triangle pattern on the 12-hour chart, that had a price target of $0.19 in the long-term. It seems that the recent announcement about another lawsuit and the overall market sell-off has pushed XRP over the edge. 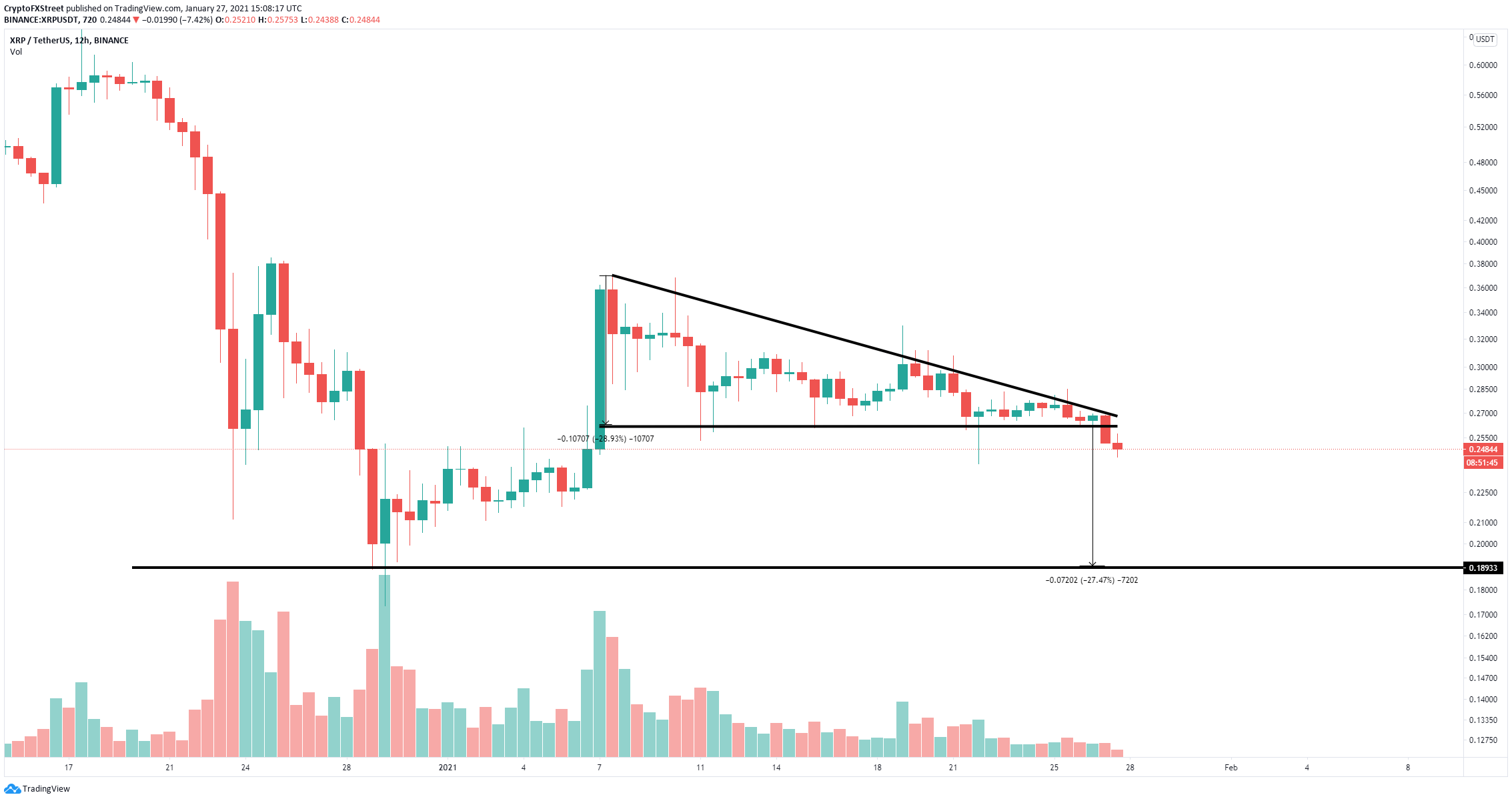