Bitcoin price created a swing high at $39,223 on July 26, which seemed like a perfect setup for a retracement. However, BTC rallied on July 28, sweeping the previous swing point and setting up a new one at $40,900.

This development indicates that the flagship cryptocurrency is ready for a pullback. Assuming the selling pressure continues to build, BTC price is likely to sell off 10% to tag the 50% Fibonacci retracement level at $35,618. This move will also create a higher low, further supporting the bullish argument.

Investors can expect a resurgence of buyers around this area to restart the uptrend, with bulls targeting the range high at $42,451. 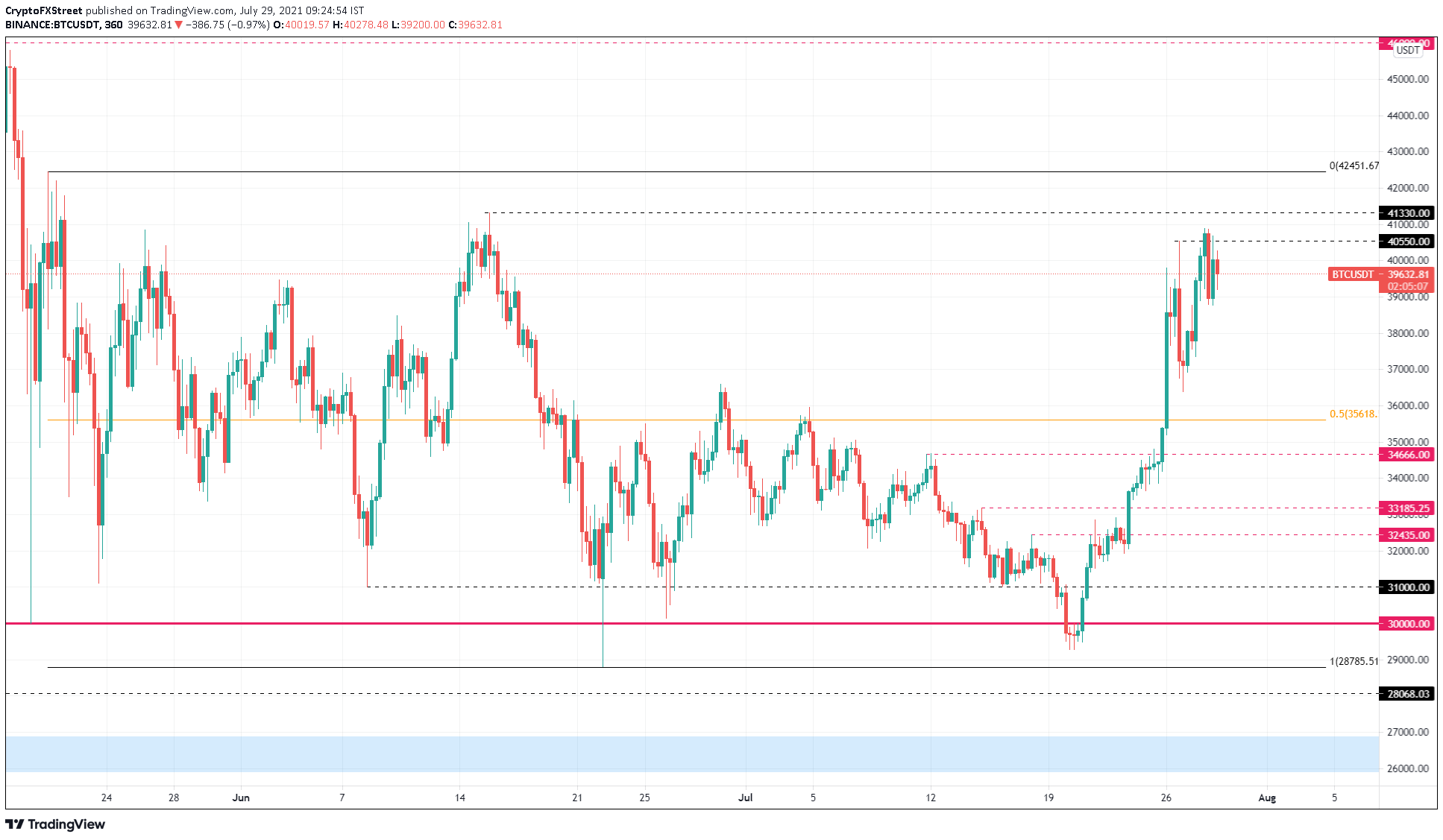 While things are looking up for BTC, a breakdown of the trading range’s midpoint could indicate weakness. If the bears push Bitcoin price to breach the support level at $34,666, it will invalidate the bullish thesis and potentially trigger a correction to $33,185.

Ethereum price followed BTC’s suit but fell short as it rallied to set up the higher high above the July 26 swing high at $2,433. This development has pushed ETH down to the $2,271 support level.

Increased selling pressure might push it down to the subsequent support level at $2,174. If the buyers make a comeback, the double bottom pattern will help push Ethereum price higher. 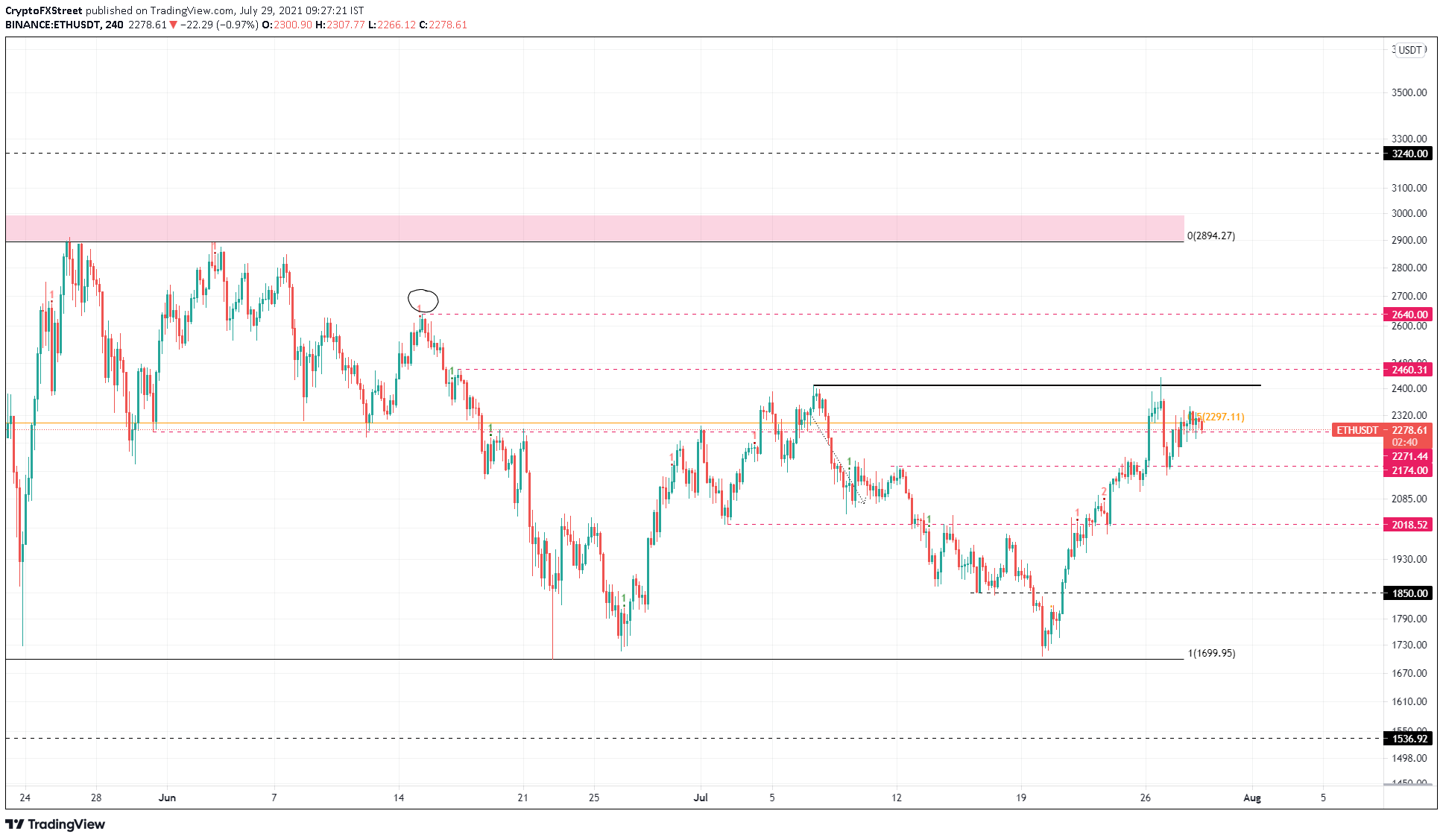 If the bearish momentum increases to a point where it forms a lower low below the July 27 swing low at $2,172, it will set up a lower low, indicating a shift in trend.

However, a breakdown of $2,018 will invalidate the bullish thesis and open the possibility of a move to $1,850.

Ripple price shows strength, unlike ETH, as it pierced the high probability reversal zone ranging from $0.68 to $0.727. This climb was brief and shows a pullback is already underway. A retest of the 60% Fibonacci retracement level at $0.68 seems likely.

In a highly bearish case, the correction might extend up to the 50% Fibonacci retracement level at $0.647.

Investors can expect a retracement around this barrier. The resulting uptrend should be able to tag the range high at $0.785 if the bullish momentum is strong. 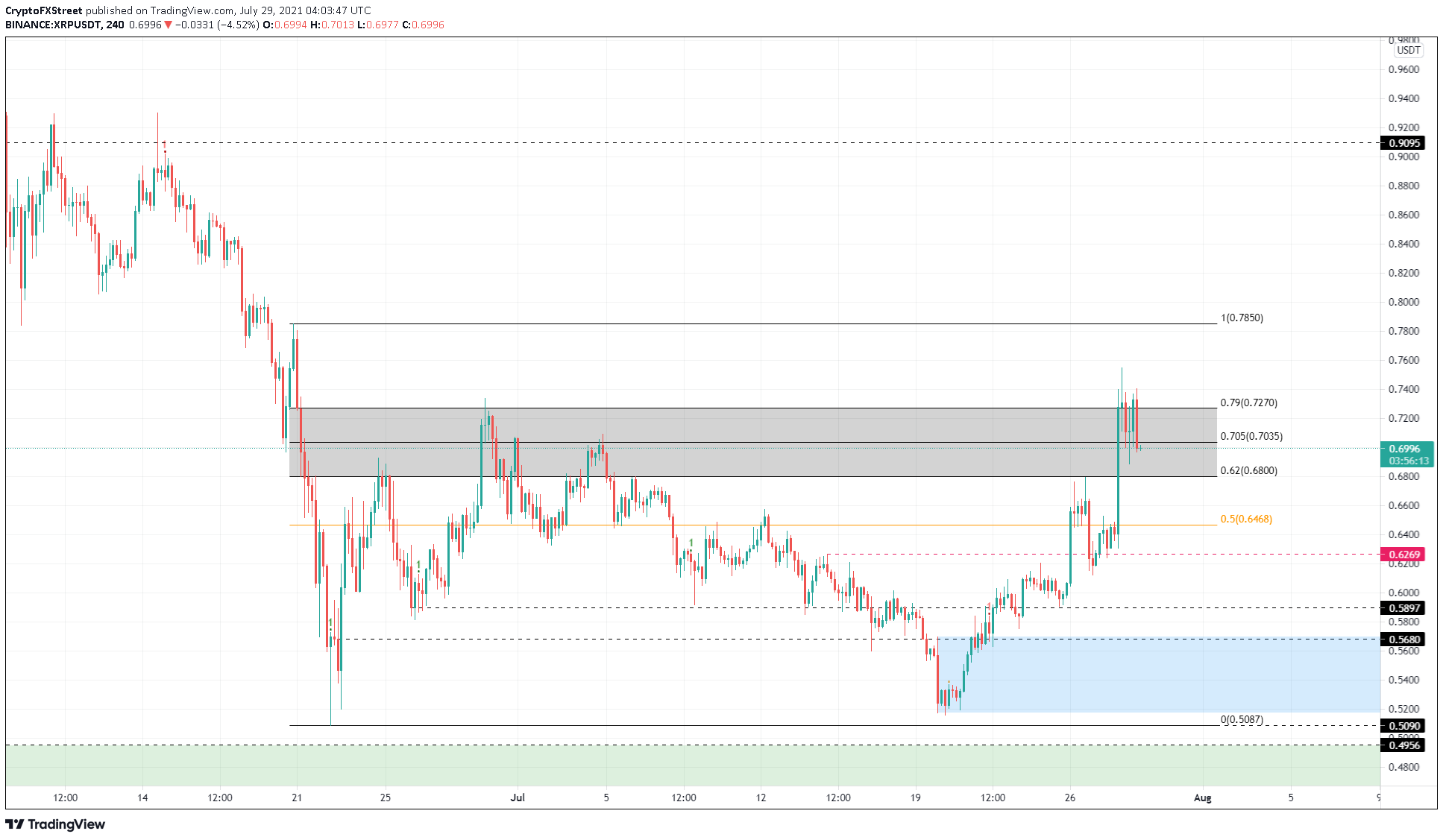 Regardless of the current bullish outlook that is being witnessed on XRP, market participants should consider a down move that breaches past $0.59 that will invalidate the optimistic narrative.

Such a move might also reveal a bearish inclination that could drag Ripple down to $0.568.

Cardano price positioned for bullish reversal, with 100% gains in sight

Cardano price action has been some of the most dismal and disappointing out of all the major cryptocurrencies. But Cardano’s fortunes are about to change.

XRP nodes run by Ripple fell out of sync for over 5 hours, disrupted wallet services

Public XRP ledger nodes “s1” and “s2” run by Ripple fell out of sync with the XRP ledger for over 5 hours yesterday. Non-custodial XRP wallet Xumm was not functioning well, disrupting usage and accessibility.