Uniswap price is currently at around $8.8 after a 9% recovery from the sell-off in the past 24 hours. Aave has performed even better and it’s up 15.6%, as bulls bought the dip, pushing the digital asset to the levels before it crashed. Again something similar happened with SNX, although the digital asset didn’t manage to jump all the way up.

Like the entire DeFi market, SNX bulls have bought the dip in a convincing manner. SNX was trading as high as $15.8 before plummeting down to $11.26. However, in less than 24 hours, bulls pushed the digital asset to $14.14 and above the 26-EMA and are fighting to crack the 12-EMA as well on the daily chart. 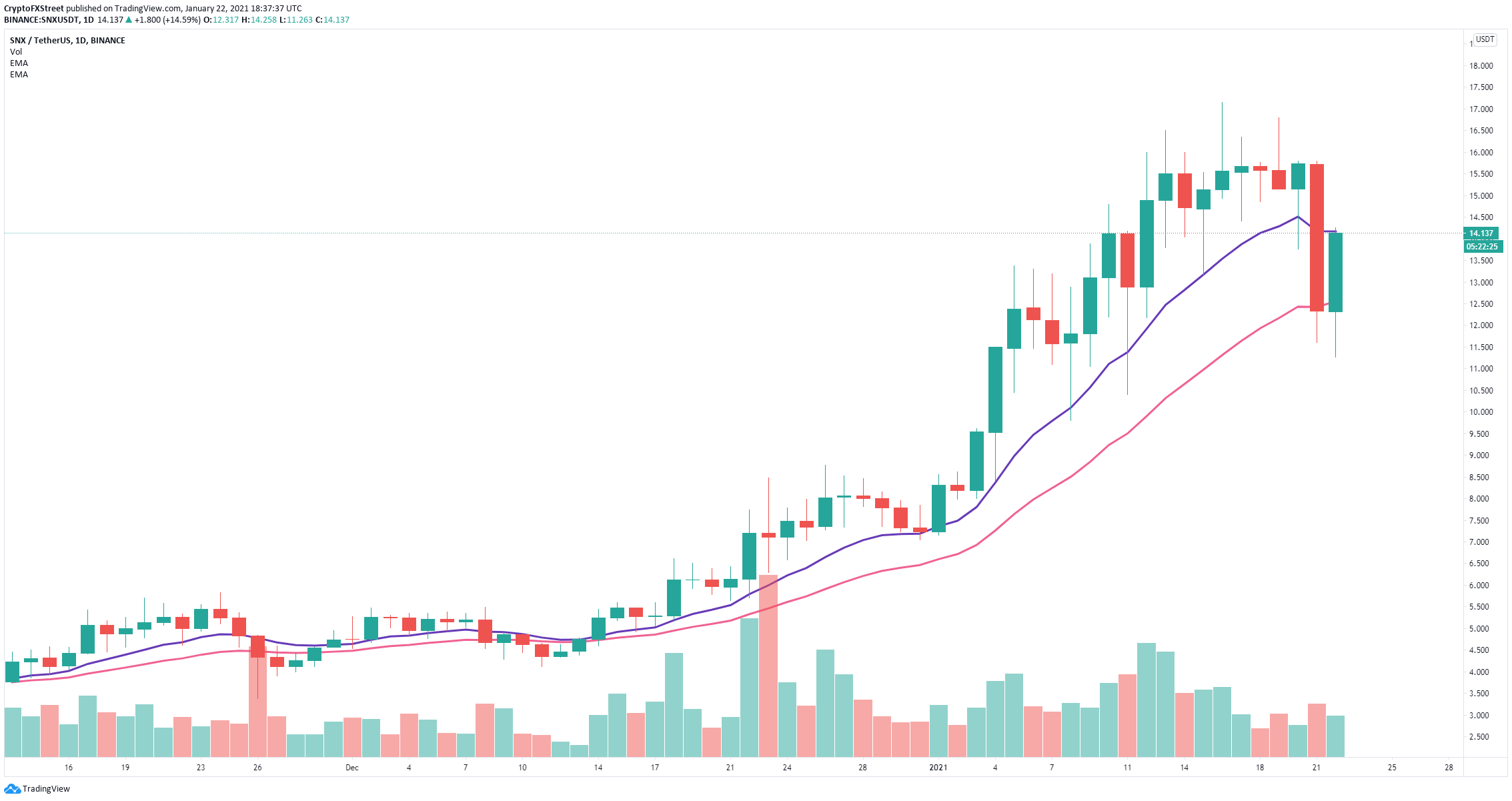 The In/Out of the Money Around Price (IOMAP) model indicates that there is only one crucial resistance area located between $14.18 and $14.55. A breakout above this point would quickly push SNX price towards $16 as there are no other barriers ahead.

However, it’s important to note that the support below $14 is also minuscule which means that a rejection from $14.5 could lead the digital asset to a low of $12 again, so investors should be extra careful trading SNX.

Similar to SNX, Aave bulls bought the recent dip but were even stronger doing so. Aave dropped from a high of $199 to a low of $147 and it’s currently trading at $194 again. Bulls have pushed the digital asset by more than 31% in less than 24 hours which indicates a lot of strength, especially for the altcoin market.

According to the IOMAP model, there is clearly almost no barriers on the way up to a new all-time high which means bulls can quickly push Aave price above $200. 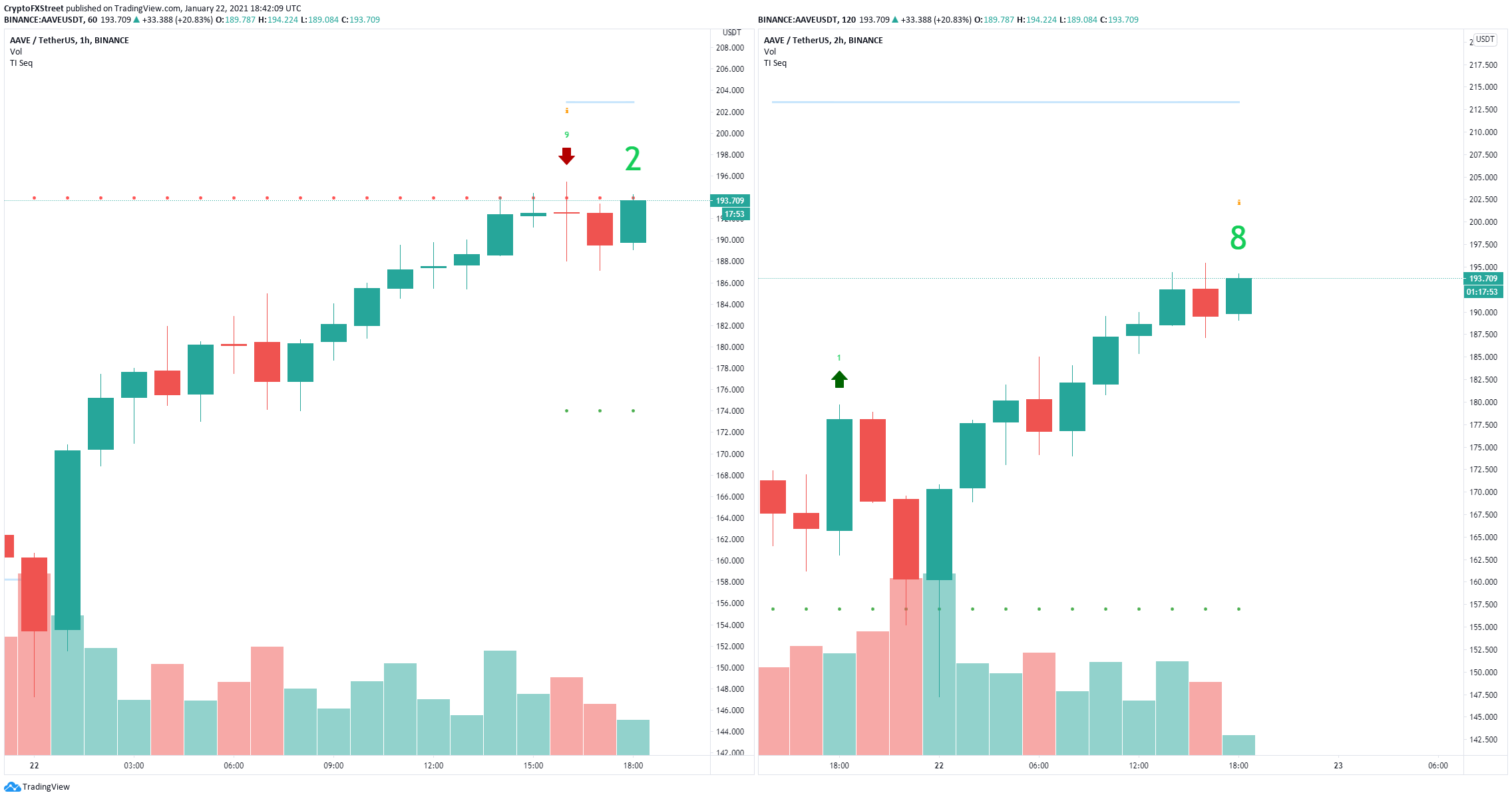 However, after such a significant mini-rally, the TD Sequential indicator has just presented a sell signal on the hourly chart and it’s on the verge of doing the same on the 2-hour chart. A short-term sell-off could push Aave price down to $184 which is the most significant support level according to the IOMAP.

One of the main strengths of Uniswap is the fact that whales have been accumulating a lot of coins in the past month despite its price rising significantly. According to the Holders Distribution chart, the number of large holders with 10,000 to 100,000 Uniswap tokens ($87,000 to $870,000) has increased from 432 to 453. 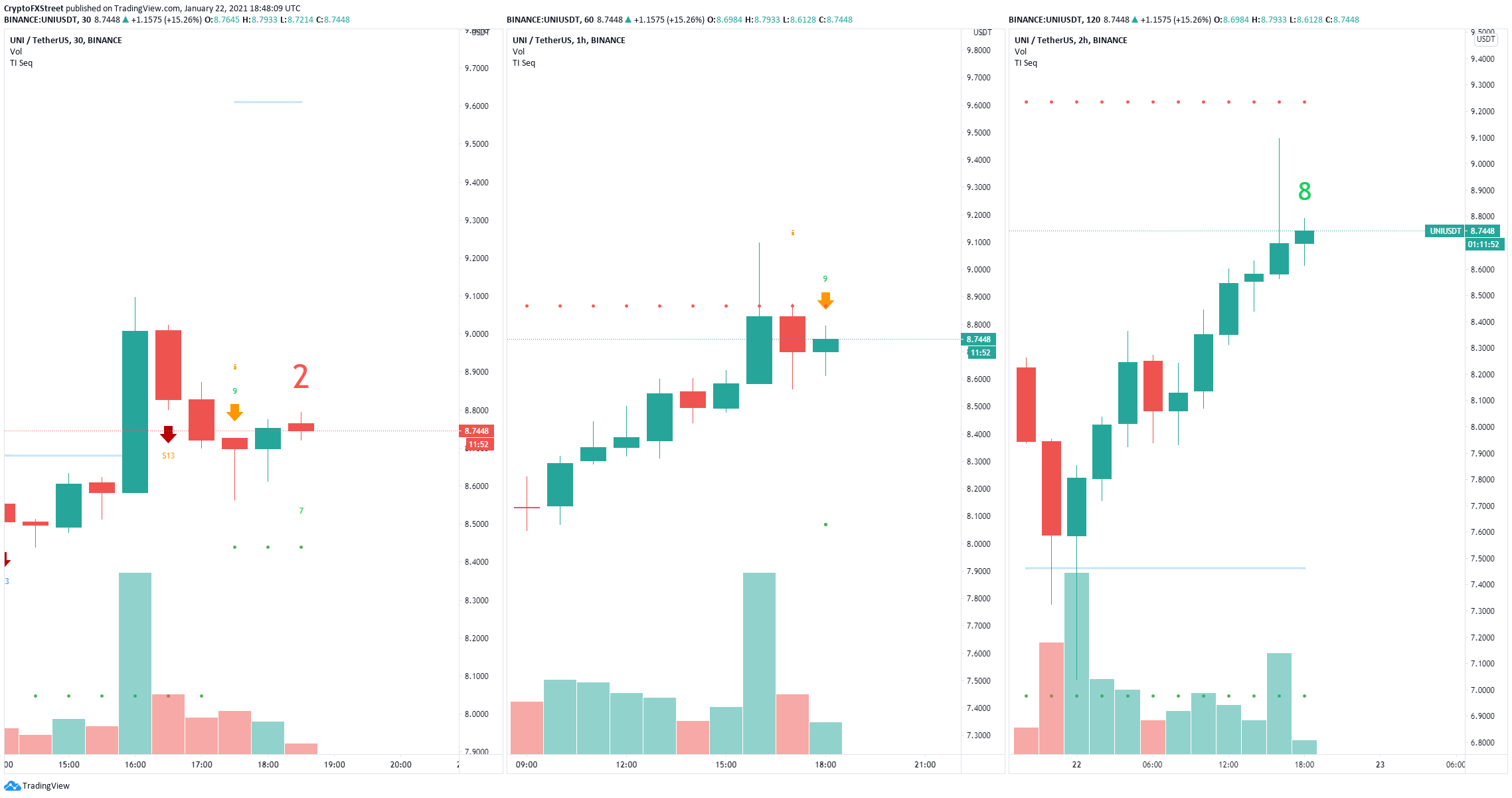 However, similar to Aave, the TD Sequential indicator has presented a sell signal on the 30-minutes chart and the hourly chart and it’s close to doing the same on the 2-hour chart.