Solana (SOL) has been flirting with $10 to the downside and since last week was able to trade away from that low price tag. The Commonwealth Dominica is set to join El Salvador as a country that adopts cryptocurrencies as a legal form of payment. Next to the local currency, people can use Dominica Coin (DMC) for daily use, which should boost the usage of several other cryptocurrencies such as SOL.

SOL is set to pop toward $18 as interest grows

Solana price should be feeling tailwinds from the next big event in cryptocurrencies. For once, it turns out to be a positive element. Dominica has chosen to adopt cryptocurrencies as a legal form of payment, which will be done via the Dominica Coin (DMC), which uses the TRON network for its value chain. With lessons learned from the past, a massacre like El Salvador and Bitcoin should be avoided, as Dominica will only use it as a second form and not scrutinize its local currency, the Dominican Peso.

SOL should be seeing some new demand on the back of that, which should first be able to break above $15.07, the low of the past few weeks. Once that is broken, it will make clear that ample demand is present, which could quickly be followed by a break above the red descending trend line toward $18.66. That would mean a 36% increase, which is quite telling as cryptocurrencies are starting to recover from the FTX fallout. 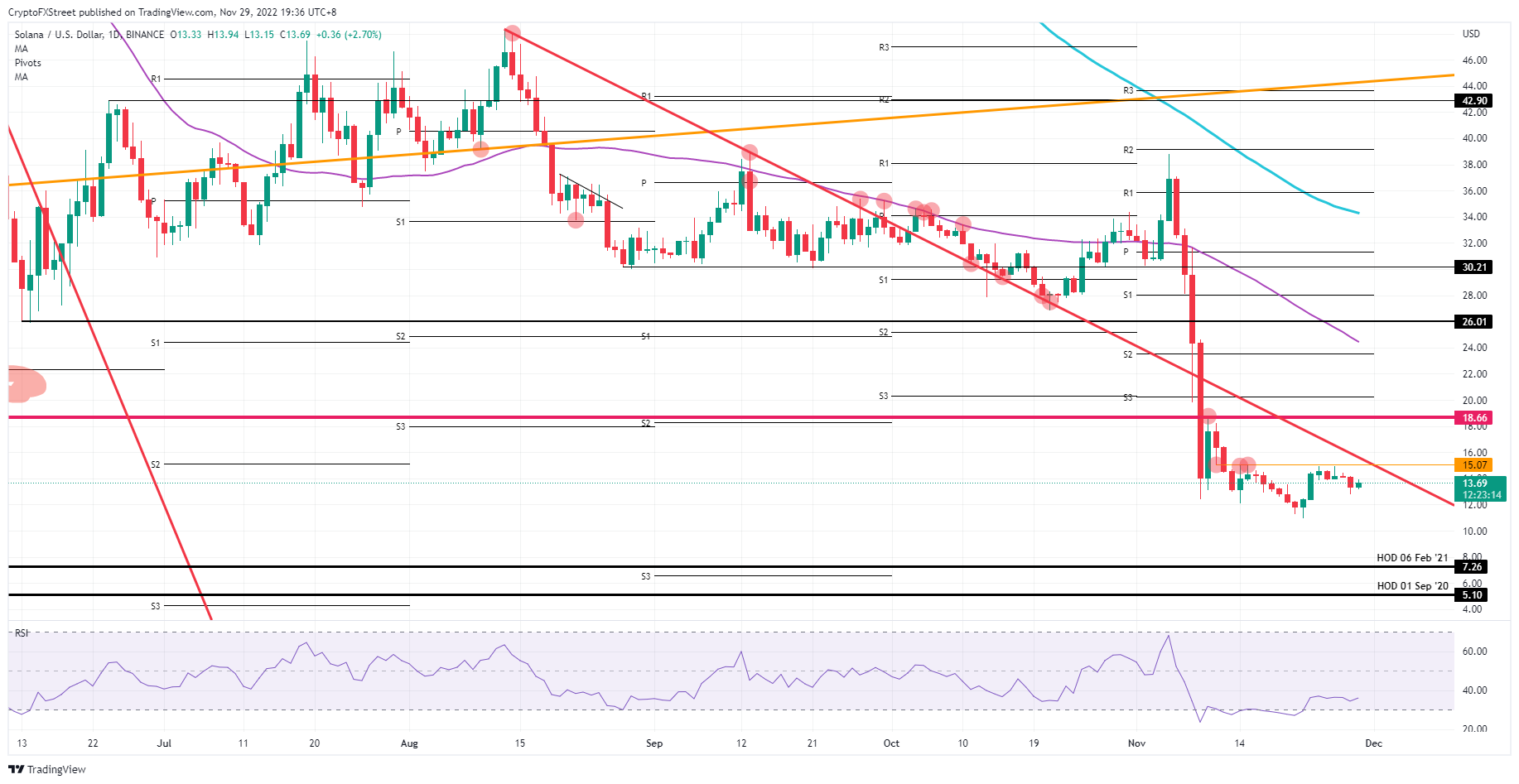 Lessons normally are learned from the past, which comes with the risk that this new entrant could still turn into a Bitcoin massacre, as seen with El Salvador. SOL would spike lower on the back of that and quickly break toward $10. There is a bigger risk even that $7.26 gets hit near the high of February 6, 2021, dragging a 46% devaluation along with it.