The Bitcoin cryptocurrency has been trading in a symmetric triangle pattern against the US Dollar since the last four months.

The exchange rate breached a resistance cluster formed by the combination of the weekly, the monthly PPs and the 50– and 200– period SMAs near the 10431.3 during the morning hours of Friday's trading session.

The BTC/USD cryptocurrency could aim for the $11000 mark during next week's trading sessions.

However, a resistance level set by the upper boundary of the symmetric triangle pattern at 10800.8 might restrict the movement of the currency exchange rate. 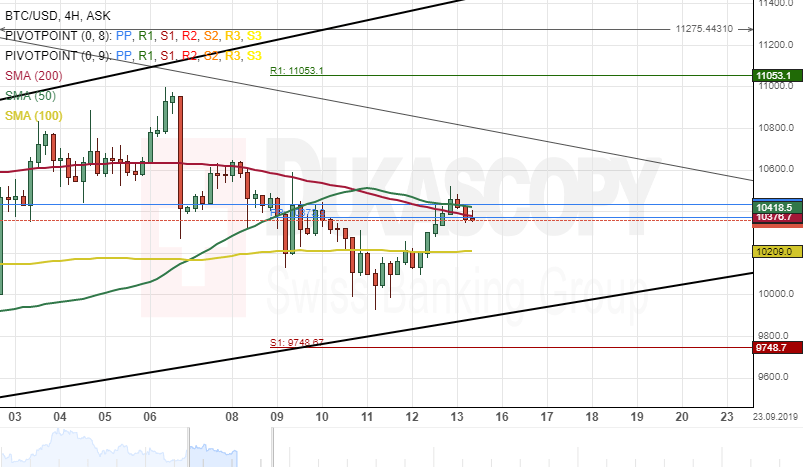 The ETH/USD cryptocurrency has been trading in a downtrend channel pattern since the end of June. However, a breakout occurred through the upper boundary of the descending channel during last week's trading sessions.

From a technical point of view, the Ethereum cryptocurrency will most likely continue to edge up during the following trading sessions. The potential target for the exchange rate will be at 200..93.

Although, a resistance cluster formed by the monthly pivot point and the weekly R1 at 192.7 could provide a significant resistance for the exchange rate in the shorter term. 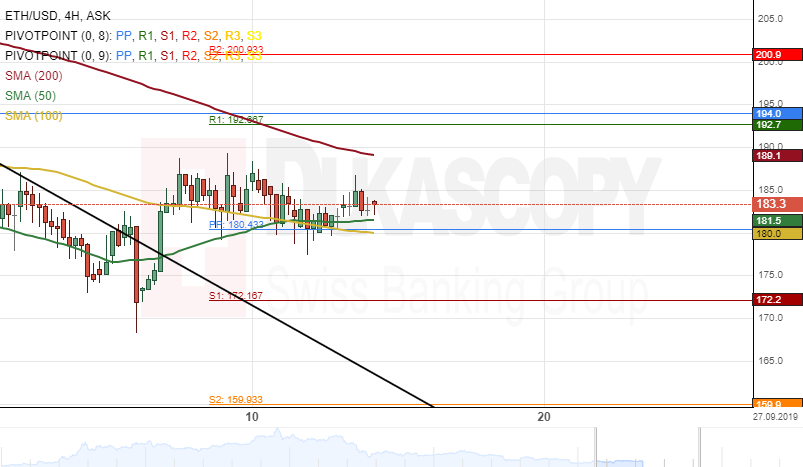