Cryptocurrencies were mostly lower on Tuesday after a period of extreme bullish sentiment has started to wane. After breaking above $50,000 earlier this week for the first time in three months, bitcoin slipped below $48,000 at press time and is down about 3% over the past 24 hours. Technical charts suggest support is nearby, which could stabilize the pullback and maintain the breakout move above $45,000.

Some analysts expressed caution after bitcoin failed to keep pushing higher above the $50,000 resistance level.

“Our bullishness comes with some moderation, and we don’t expect more exponential upside breaks like what we saw at the end of 2020 into 2021,” crypto trading firm QCP Capital wrote in a Telegram chat.

“The fear is gone for now, and the market is optimistic,” Arcane Research wrote in a Tuesday newsletter. Bitcoin’s rise towards $50,000 pushed the crypto “Fear and Greed” index to “extreme greed” territory this week, before the more recent decline.

“Funding rates and future premiums in both BTC and ETH actually continue to be relatively low and muted,” QCP Capital wrote in a Telegram chat. “This means most of the rally has been driven by demand in physical spot rather than from leveraged speculators.”

“A euphoric market could indicate a local top and a signal to traders who want to take some chips off the table,” Arcane wrote. 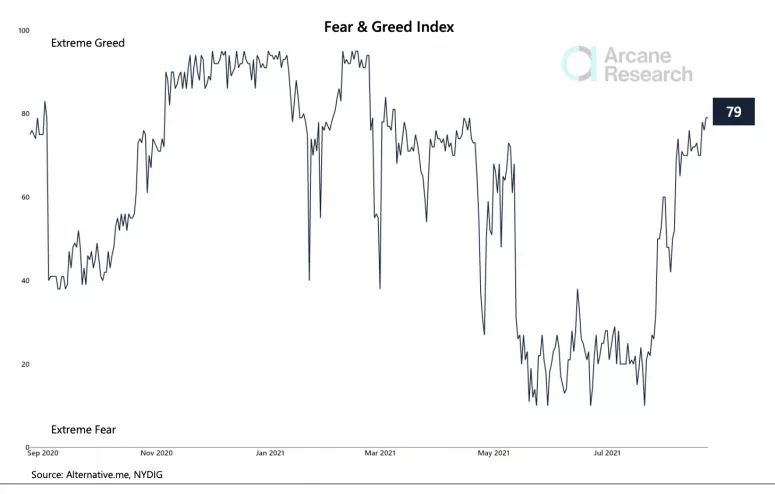 Bitcoin’s “spent output profit ratio” (SOPR) – the price at the time the cryptocurrency was sold divided by the price at the time it was originally bought – turned positive after a steep decline since January. The uplift in SOPR could be a sign that the “capitulation period has ended and the market is back on solid ground,” Coin Metrics wrote in a Tuesday newsletter.

SOPR is a proxy for realized profit and loss for all coins moved on the blockchain. The SOPR was negative for most of June, which meant that investors were selling bitcoin at a loss. Now positive, the SOPR is currently suggesting that, in aggregate, holders are sitting on profits relative to their cost basis. 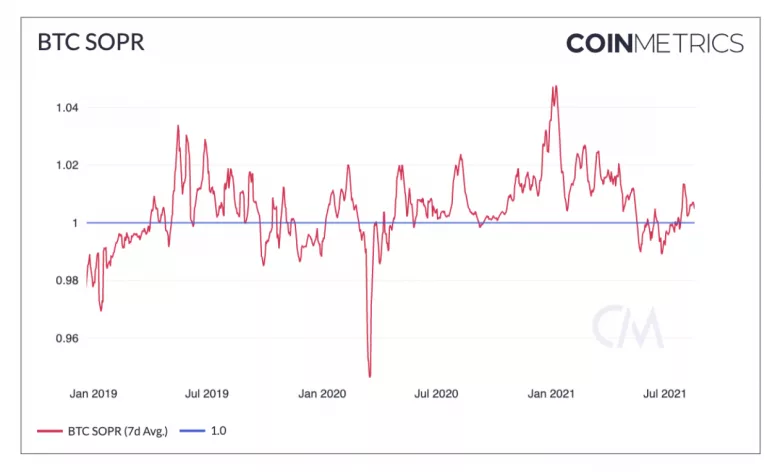 Blockchain data has not responded to bitcoin’s price rally (yet), which could point to limited upside. Transaction counts are at historically low levels, similar to previous periods when investor interest in bitcoin waned, according to Glassnode.

“The Bitcoin network is setting around $18.8 billion in daily volume,” Glassnode wrote in a blog post. “This is 37% lower than at the 2017 bubble peak, and a whopping 57.6% below the peak set during the May capitulation event.” 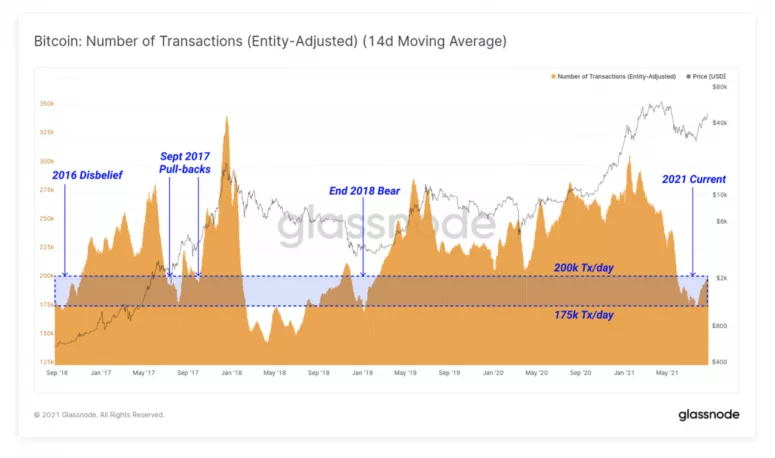 Bitcoin’s hashrate has been recovering from a local bottom in late June and early July, after China started cracking down on crypto mining in the country, according to Coin Metrics.

“The recovering hashrate is a signal that some mining operations are starting to come back online in new locations and that the worst of the crackdown is likely over,” Coin Metrics wrote in the notes. 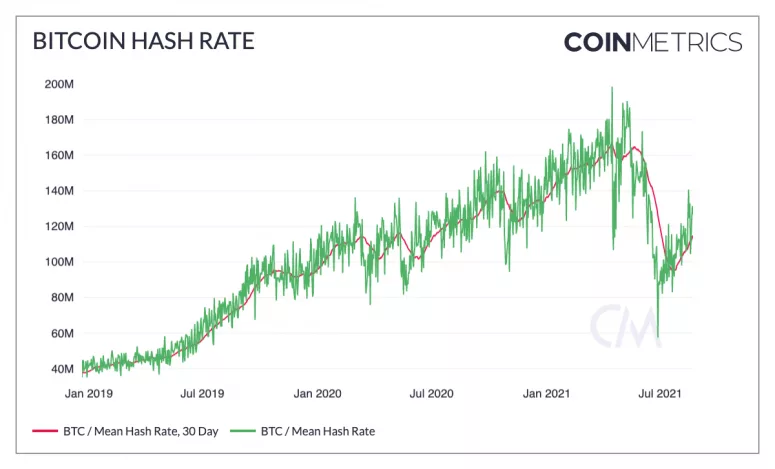 Paxos Renames Standard Stablecoin as Pax Dollar: Blockchain infrastructure company Paxos is renaming its Paxos standard stablecoin as Pax dollar with the ticker USDP. Paxos believes the USDP ticker more easily identifies the stablecoin as a U.S. dollar-backed token, Walter Hessert, head of strategy, said in a blog post Tuesday. "USDP reserves are held 100% in cash and cash equivalents. ... This name makes it obvious to anyone – USDP is a dollar," Hessert wrote.

DeFi adoption still far from mainstream, per Chainalysis: Mainstream adoption of decentralized finance (DeFi) protocols remains at an early stage relative to the wider crypto industry, a Chainalysis report released Tuesday said. In its “Global DeFi Adoption Index,” the blockchain data firm found that while DeFi adoption has increased significantly over the past 18 months in both emerging and developed markets, most of that growth has occurred in countries and regions with higher incomes and more professional investors and traders.

CryptoPunk NFTs Break Sales Record as Visa Sparks Buying Frenzy: Sales of CryptoPunk non-fungible tokens (NFTs) are soaring to record levels, another sign of just how frenzied the market has become as credit-card giant Visa jumped into the fray. On Monday, sales volumes of CryptoPunks topped $86 million, a daily record, according to data from the industry tracking website CryptoSlam. And sales so far in August have already reached $332 million. Prior to August, the largest single monthly sales total was $135.2 million during July. This month’s average price for a CryptoPunk is $199,069, more than double last month’s average.