Litecoin price has been trading sideways for the past 24 hours after a breakout from a key pattern formed on the 4-hour chart. However, the number of large holders of LTC has significantly decreased over the last week, indicating that whales are taking profits from their positions.

Litecoin price eying up $300 but faces selling pressure ahead

Litecoin formed a descending wedge pattern on the 4-hour chart which can be drawn by connecting the lower highs and lower lows with two converging trend lines. The price target of this breakout is $300 and has not been reached yet. 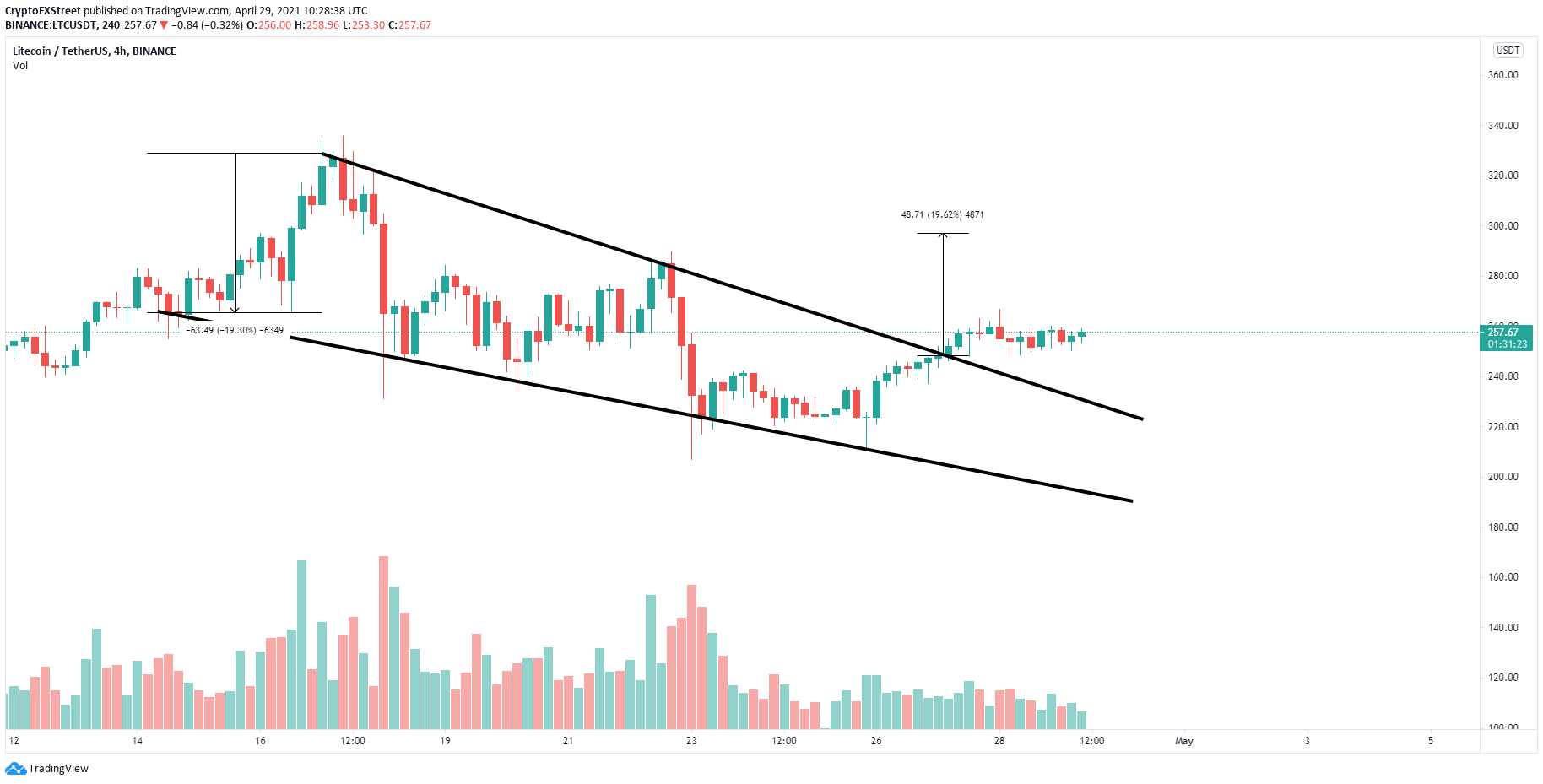 The In/Out of the Money Around Price (IOMAP) chart shows only one significant resistance area between $265 and $273 where 50,000 addresses purchased 1.4 million LTC. A breakout above this point should push Litecoin price toward the $300 target.

On the other hand, it seems that large holders of LTC are losing their faith in the digital asset, a bearish sign. The number of whales with 100,000 to 1,000,000 LTC has greatly decreased in April from a high of 118 to a current low of 106.

The IOMAP model indicates that the area between $257 and $242 is a critical support range. A breakdown below this area could drive Litecoin price toward the next important support point at $227.