Litecoin price is facing various technical scenarios on Wednesday. Initially, there was a break from the falling wedge pattern after the gains from the recent Bitcoin driven surge hit a hurdle at $140. LTC/USD tested the levels under $130 and formed a low at $128.95.

The breakout from the wedge pattern further pushed the reversal above the 50 Simple Moving Average (SMA) 1-h as well as the 100 SMA 1-h. LTC/USD gains tested $140 level for the second time four days. The sellers’ congestion at $140 barricaded the area stopping movements north.

Consequently, the formation of a double-top pattern on the 1-h chart is further pulling the price towards the short-term $136 support. But before that, the trendline will try to stop the declines. The 100 SMA currently at $135.25 will offer support as well with the 50 SMA 1-h coming in handy at $134. Litecoin also enjoys strong support at $1.0 and the region between $125-$128. 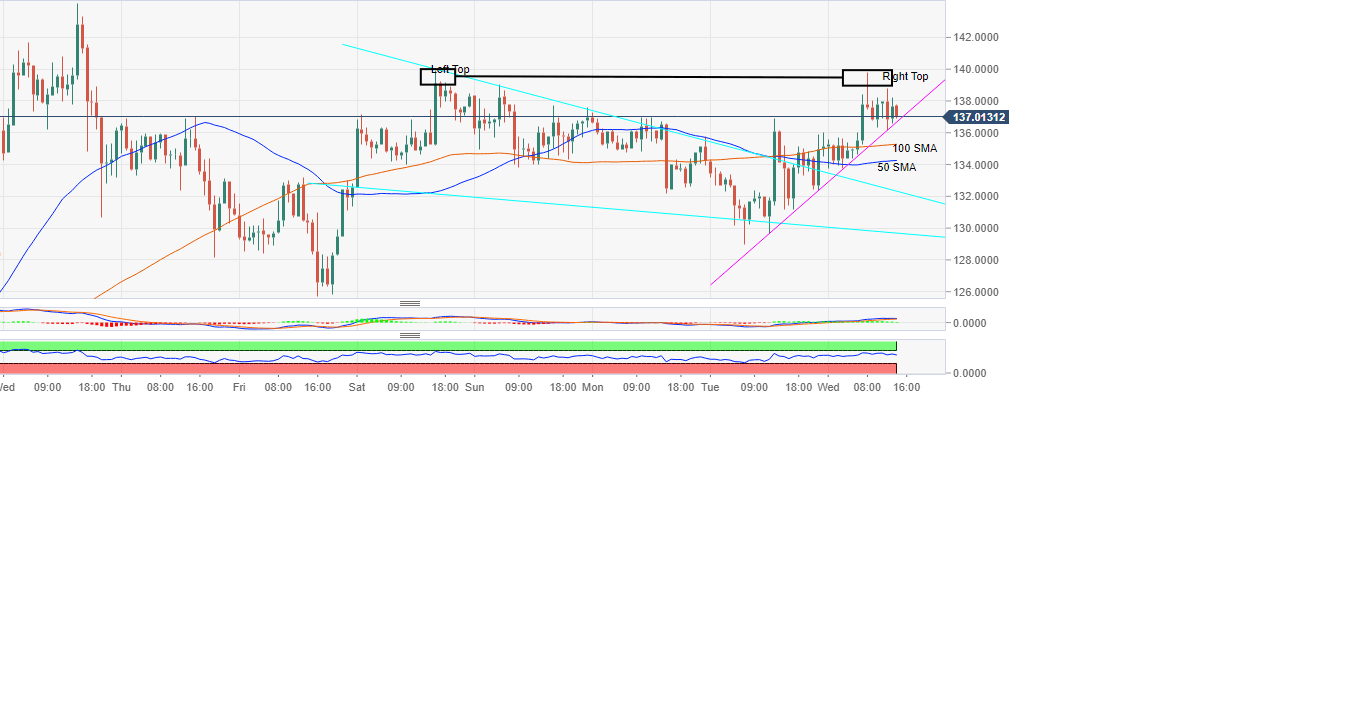