Although Bitcoin is declining more than growing at the moment, the overall market sentiment is very bullish. It is quite difficult now to find a maximalist bear, and nobody wants to look for them in general. A long side trend raises some concerns about a possible decline under "what does not grow, then falls".  Nevertheless, everybody admits that the probable stagnation near the current levels is connected with the fact that the BTC faced a very hard resistance and at the same time a psychological level of $10,000. After the end of the bear market, Bitcoin has come a long way up in a relatively short period of time: it is not surprising that now we see the consolidation process.

At the same time, altcoins attract a more ambiguous reaction. There are much more "sad bears" in this sector. However, this weekend showed a very unexpected spike in altcoin prices: at some point, they were clearly rising while Bitcoin was falling.

For the first time, the BTC dominance index showed a downward trend, and now it has broken through the round level again, reaching 69.6%. Unlike in 2017, when a cryptocurrency was mentioned with a reference to its purpose and technology, it is now less and less common: no one seriously considers digital coins as a means of payment on an "industrial scale", only noting any qualities that may contribute to or impede price growth or decline. Only Tether (USDT), which is stable and has the necessary properties of cryptocurrencies, is now used as a means of payment. All the rest have become a kind of semblance of slot machines in Las Vegas. And everyone is happy with it.

The Bitcoin fear and greed index is now at 41 indicating at "Fear". The lower this level, the stronger the fears of market participants and the more profitable it is to buy a cryptocurrency. But the higher this value is, the closer is the moment of market sale. Now the index indicates that there is still room for growth.

As a preparation for the big dynamics, we can also highlight a transaction on an unidentified wallet in the amount of 94.5K BTC, which is only a little short of a billion dollars at the current rate. Some believe that this operation is connected with the launch of Bakkt, others see the preparation for sale-off, while others believe that this is another market manipulation. Perhaps all parties are right at once.

News from Telegram is added to the overall positive picture in the market. The company finally announces the imminent launch of the project. Under the terms of agreements with investors, the developers must launch blockchain by October 31, otherwise, they will have to return the money. Hardly any of the participants of the closed ICO will ask for money back, given the prospects of the project in the market, but the completion on time would be a demonstration of a very good tone. Taking into account all the launched projects, this autumn can be very hot for cryptocurrencies.

BTC/USD is currently trading at the price level of $9575 and looking for support at $9350. The major moving averages are very close, and Bitcoin will most likely end up in the SMA200 environment, now at $8750. 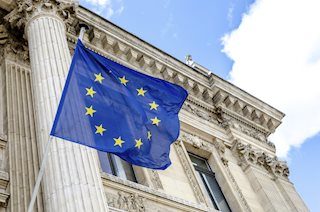 Ripple price extends the bearish leg to $0.26 as bears continue with their rampage across the crypto market. Support at $0.27 suffered a blow as bulls rushed to defend $0.26.